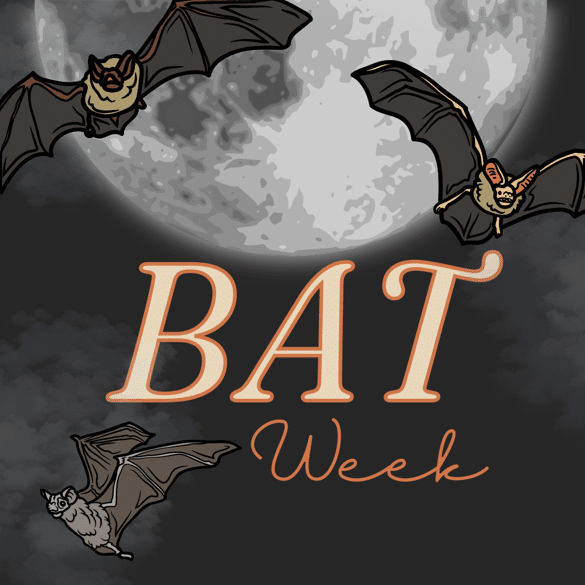 It’s the final week in October, which means costumes, trick or treating, and our favorite…BAT WEEK! Read on to learn more about International Bat Week and how to get you and your students involved in this worldwide event!

Bat Week is an international, annual celebration designed to raise awareness about the need for bat conservation. Bats are found throughout North

America and while they are typically associated with Halloween and scary stories, they are essential for both the environment and humans. Pollination, seed dispersal, and pest control are just three reasons bats play such a vital role in a thriving ecosystem. Click on the image on the right, and download this educational infographic for your classroom!

Bats belong to the scientific order Chiroptera, which comes from two Greek words: “hand” and “wing.” The word chiropterophily means pollination of plants by bats. While birds and bees are the most frequently discussed pollinators, it’s easy to overlook the most common mammal pollinator – the nectar bat. 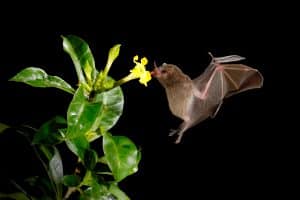 Nectar bats have long, narrow tongues that enable them to reach deep within a flower. They eat the nectar and fruit of a variety of desert plants. When a bat feeds on the nectar, the pollen sticks to their heads and chest; when they fly away, they carry the pollen to other plants, which initiates fruit reproduction. The saguaro cactus and other desert plants rely on bats to spread their pollen. Other flowers, like agave blooms, produce a strong scent that leads a bat to its center.

Another benefit of bats is seed dispersal, as they help to spread the seeds of many trees, plants, and shrubs. Sometimes a bat may drop a seed or pass seeds in its droppings which causes a new plant to grow. Without them, we wouldn’t be able to enjoy many of the fruits we do today, like bananas, dates, figs, cashews, guavas, and mangoes. The ability of bats to fly long distances also enables them to spread seeds to new locations. Bats are responsible for dispersing many seeds in tropical rainforests.

Bats are a natural pesticide as they eat insects that could destroy crops and spread disease. For example, a brown bat can eat 1,000 mosquitoes in one hour, allowing farmers to use fewer pesticides while producing higher crop yields. Bats also control the populations of other insects like beetles and moths.

Whether you like bats or not, one thing is certain: ecosystems depend on them. When an ecosystem becomes threatened, we endanger our own future as well.

A speleologist is a scientist who studies caves.  And caves are great places to find bats. Caves and karst landscapes are found throughout the United States. These features are important as part of our Nation’s geologic heritage. 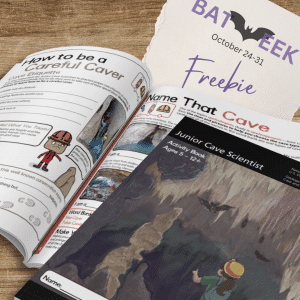 This free booklet will explore a fascinating and fragile underground world, learn about the values of caves and karst landscapes, and complete fun educational activities. 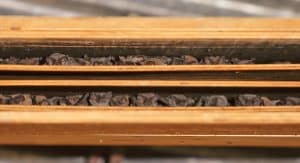 Bat species are in alarming decline, largely because of unwarranted human fear and persecution and the loss of natural roosts. You can help by putting up a bat house. You’ll benefit directly from fewer yard pests and enjoy learning about bats and sharing your knowledge with friends and neighbors. Building and installing a bat house can make a difference for bats and help promote a healthy environment. Download this free instructional handbook on how to build a bat house.

Did you know that a single bat can eat up to its body weight in insects each night? Awesome, right? For Bat Week, download this Myth or Fact pdf to test your students’ knowledge of bats.  In the meantime, consider these fascinating bat facts:

Helping bats can go beyond International Bat Week, so get involved! Here are some great ideas and links to help with bat conservation and awareness: