Invertebrates, or animals without backbones, make up about 95 percent of the animal kingdom.  Most invertebrate species live in aquatic or moist terrestrial habitats.  There is great diversity within this group across the different phyla. 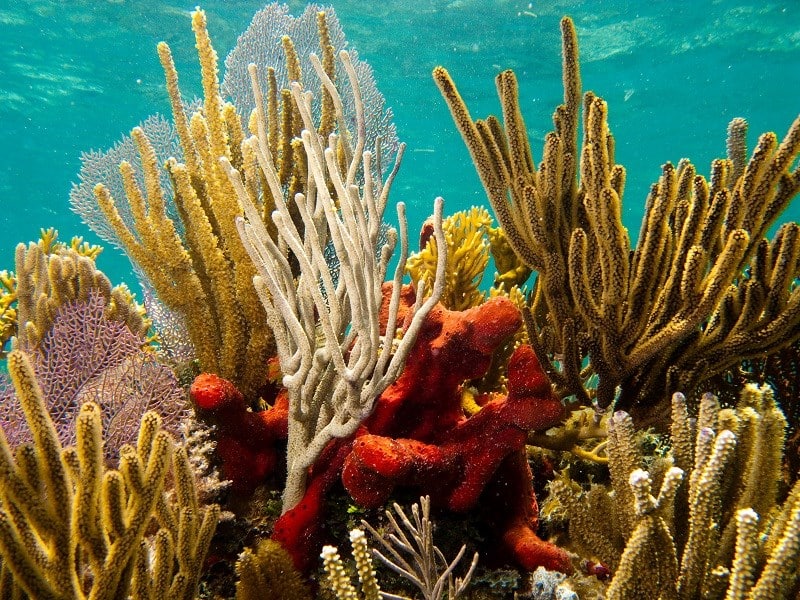 Abundant and diverse, sponges are the simplest of invertebrates.  Sponges usually have no body symmetry and vary in size, shape, and color depending on the water temperature and their location.  They are sessile, or stuck in one place, and are not able to move away from predators.  Most live attached to the ocean floor or on another rocky, hard surface and remain there for their whole lifespan.  Sponges lack bones, tissue, and organs, but they do have body parts to help them eat and digest.  Sponges are filter feeders, which means they filter food out of the water that flows through their bodies.  Their pores let water into their central cavity, and the flagella, or tiny hairs, keep water moving through the sponge.  They have soft bodies that are protected by spicules (pointy spikes) of minerals made from calcium or silicon dioxide.  Sponges reproduce both sexually and asexually. 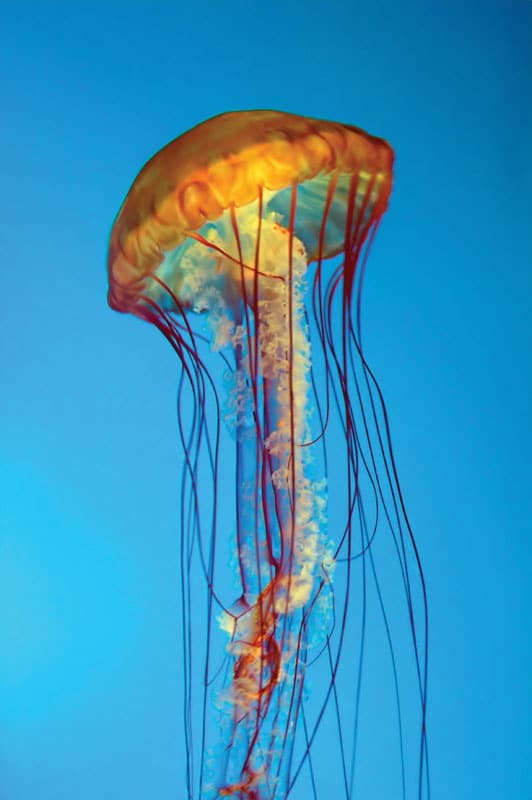 Cnidarians, meaning stinging creatures, are invertebrates made up of jellyfish, anemones, and corals.  They all have radial symmetry, which means their bodies are arranged around a central point.  They are characterized by two basic body forms.  The vase-shaped polyp is where the body forms the lower part of the animal and is tube-like in shape with tentacles that stick up from it.  The bowl-shaped medusa is umbrella-shaped where the main body forms the top part of the animal and the tentacles hang beneath.  Cnidarians use specialized cells called nematocyst in their tentacles to capture food and defend themselves.  The venomous poison released paralyzes their prey, and the tentacles are used to haul their victim in.  Cnidarians reproduce either sexually by releasing sperm or eggs or asexually through the process of budding.  A genetically identical copy of the adult grows and eventually either falls off or stays on to form a colony. 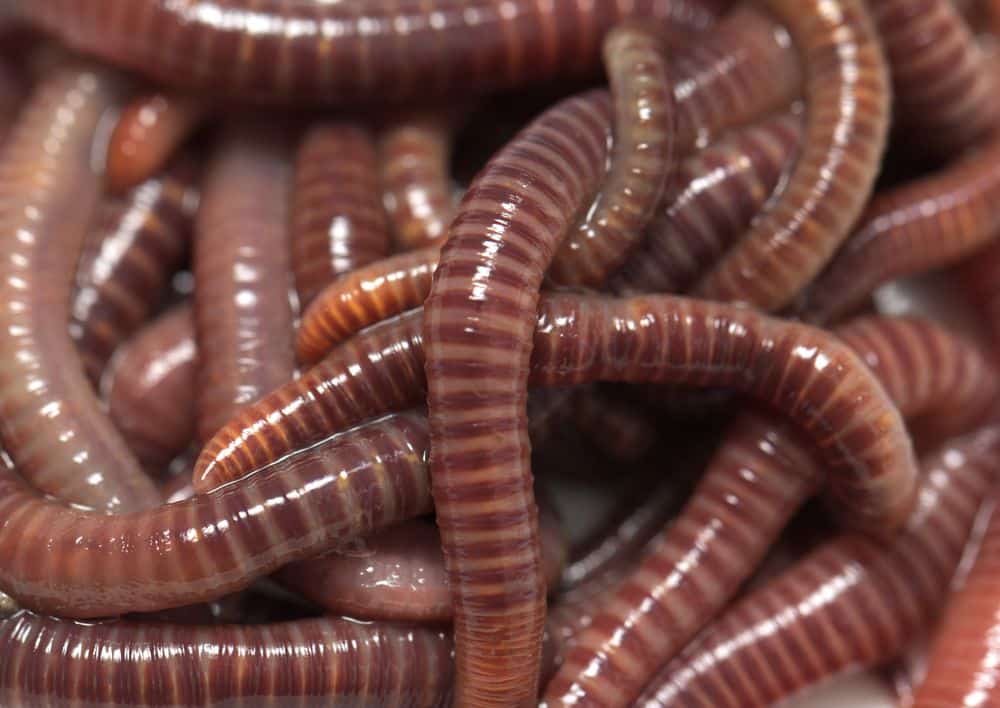 Worms are classified into three major phyla, flatworms, roundworms, and segmented worms.  Flatworms have long and flattened bodies.  They are bilaterally symmetrical and have tissues and internal organ systems. Flatworms have one digestive tract and an incomplete digestive system.  Some flatworms feed freely on organisms, while others are parasitic, living off or in a host.  A tapeworm is an example of a parasitic flatworm.  Roundworms have a digestive tract with two openings – one at the mouth and one at the anus.  Their bodies are a tube within a tube.  They can also be free-living or parasitic. They play an important role as decomposers in soil.  Segmented worms, like earthworms and sandworms, are made up of many segments.  They have a closed circulatory system where blood moves within the blood vessels.  They have a nerve cord and a digestive tract with a mouth and an anus.