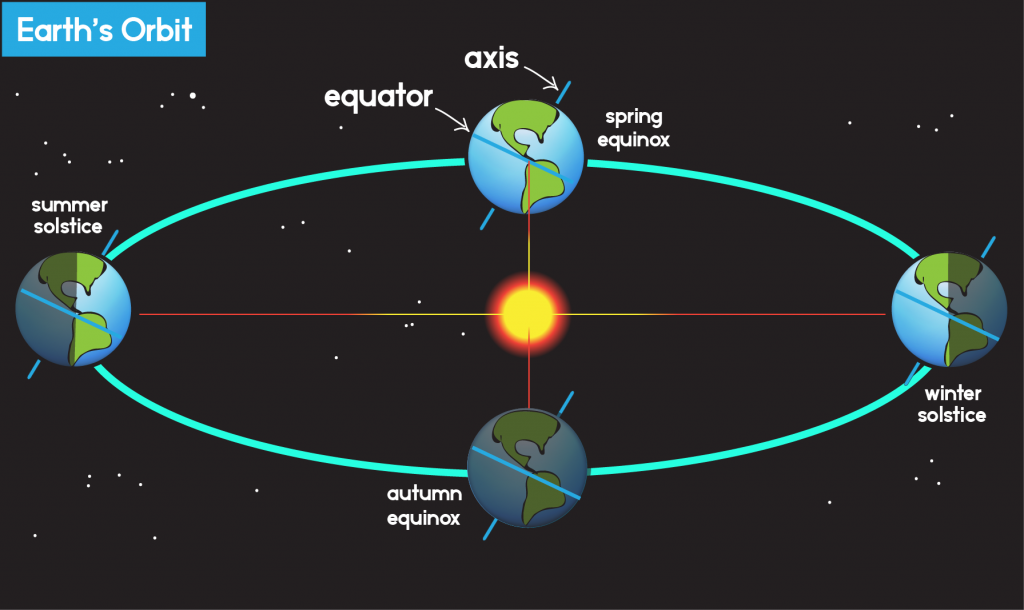 The study of the moon, stars, and other objects in space is called astronomy.  The sun is the nearest star to Earth and has a diameter 100 times greater than Earth’s.  The sun’s core reaches temperatures over 15,000,000°C, with the surface reaching 5,500°C.  A small part of this energy reaches Earth as light and thermal energy.

The Earth moves through space in two ways: rotation and revolution.  Earth orbits, or follows a path, around the sun, making one complete revolution every 365.24 days due to the sun’s gravitational pull.  A revolution is the movement of one object around another object.  As Earth revolves around the sun, it rotates or spins on its rotational axis, which is the imaginary line on which it rotates.  Because Earth’s surface is curved, different parts receive different amounts of the sun’s energy.  As a result, the Earth’s orbit is an ellipse, or an elongated, closed curve.  Because the sun is not centered in the ellipse, the distance between the sun and Earth changes during the year.