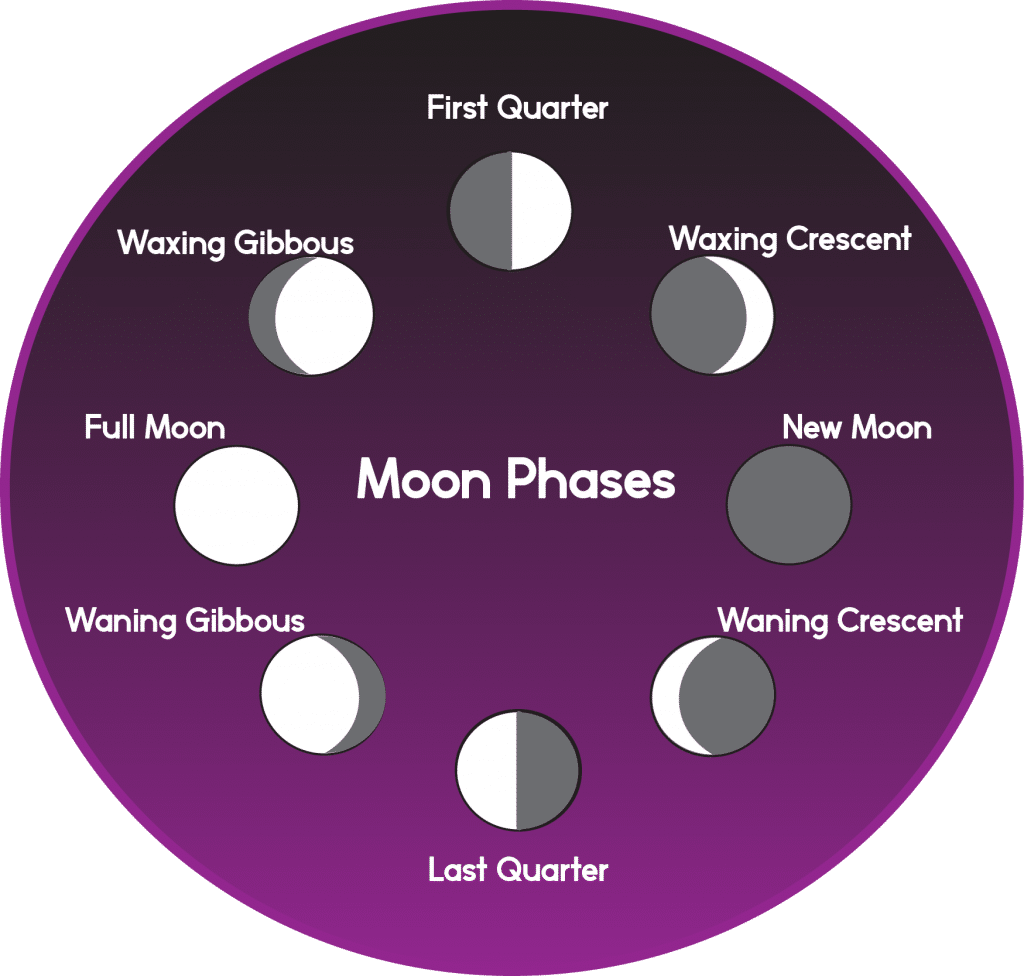 The moon has unique features on its surface, including craters, maria, and highlands.  Craters are large, round pits caused by impacts of meteoroids, which are chunks of rocks from space.  The dark, flat areas that formed from lava billions of years ago are called maria.  It also has highlands, which are old and the most highly cratered regions on the moon.