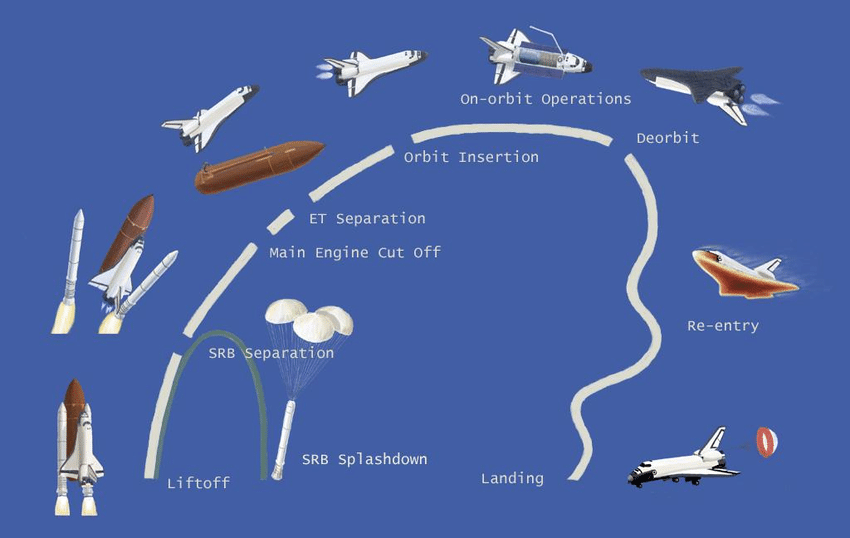 Space exploration is focused on expanding human space travel within the solar system.  However, many challenges come along with it.  Space is a vacuum without matter, which includes air molecules.  Without air molecules, astronauts cannot breathe and are also susceptible to extreme temperatures since there are no molecules to absorb heat from the sun.  Because of these challenges, space programs require materials that can withstand space’s extreme temperatures and pressures.

Telescopes use light to produce magnified images, which help scientists explore the vastness of space.  There are two kinds of optical telescopes called a refracting telescope and a reflecting telescope.  A refracting telescope uses convex lenses to concentrate light from a distance.  A reflecting telescope uses a concave mirror to see distant objects.  Not all telescopes collect visible light waves.  A radio telescope is a telescope that collects radio waves and some microwaves using an antenna that looks like a TV satellite dish.  It’s used to detect distant objects in space, map the universe, and look for signs of life on other planets.  Telescopes used in space work better than on Earth since they can collect energy at all wavelengths, including those that cannot penetrate the Earth’s atmosphere.  The Hubble Space Telescope is the first optical space-reflecting telescope that orbits Earth.

Sending humans into space was an important goal of the early space program.  In 1962, NASA sent the first American astronaut, John Glenn, into space from Cape Canaveral at the Kennedy Space Center in Florida. Since then, all crewed spaceflights in the United States have been launched from there.  A space shuttle is a reusable spacecraft that transports people and materials to and from space.  For a space shuttle to have a successful mission, it must launch during a specific window of time, orbit the Earth to complete its mission, then return to Earth, landing much like an airplane.  For example, a space shuttle named Apollo 11 sent Neil Armstrong and Buzz Aldrin to the moon with eleven other astronauts for the first time in 1968.

A way to overcome the force of Earth’s gravity is with the aid of rockets.  A rocket helps launch objects into space by propelling itself by ejecting exhaust gas from one end.  The fuel inside the rocket builds up pressure, and the force from the exhaust thrusts the rocket forward.  A satellite is an object that revolves around another object in orbit.  The first artificial satellite was launched in 1957 by the former Soviet Union.  Today satellites are used to transmit television signals and monitor the weather.  While some spacecrafts have human crews, most do not.  Space probes are uncrewed spacecrafts sent from Earth to explore objects in space.  They gather data and pictures and make trips that would be too long or dangerous for humans.

In 1998 the United States joined fifteen other nations to build the International Space Station.  Occupied since 2000, many astronauts have lived and researched this Earth-orbiting satellite.  Recent and future space exploration includes missions to the inner planets, outer planets, and beyond.  Astrobiology studies life in the universe, including life on Earth and the possibility of extraterrestrial life.