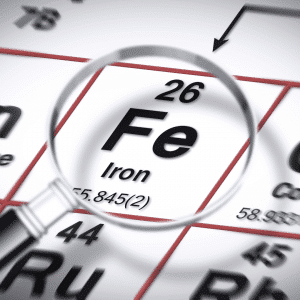 An element is matter that is composed of one type of atom. It cannot be broken down into smaller parts. Each element is made up of building blocks called atoms. All elements exist as either a solid, liquid, or gas under normal conditions. Elements are abbreviated in scientific shorthand with either a letter or a pair of letters called a chemical symbol. Fe is the chemical symbol for Iron. 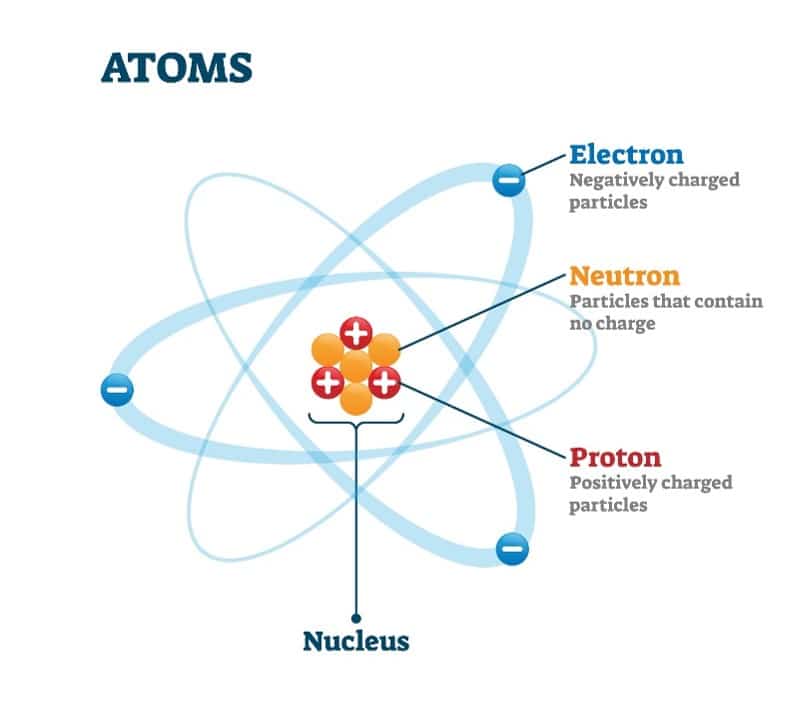 An atom is the smallest piece of matter that still has the properties of the element.  Atoms are too small to be seen and consist of small particles called protons, neutrons, and electrons. Every element has a unique number of protons with a positive electric charge. Protons attract negatively charged electrons. A neutron is neutral or has no charge. It weighs the same as a proton but more than an electron. The nucleus is located at the center of the atom and consists of protons and neutrons. Electrons surround the nucleus. Protons and neutrons are made up of smaller particles called quarks. Six quarks are known to exist.

The electron cloud model shows electrons traveling in specific energy levels around a nucleus in a fuzzy cloud. Electrons closest to the nucleus have low energy, and electrons farther away have high energy. The last energy level can hold a maximum of 8 electrons except in helium and hydrogen.