Life on earth is powered by the sun.  Nearly all living things obtain energy either directly or indirectly from the energy of sunlight that is captured during photosynthesis.  Through this process, plants use energy from the sun to convert carbon dioxide and water into oxygen and sugar.  Because they are able to make their own food, plants are autotrophs or producers.  Producers feed the heterotrophs on Earth or those that cannot make their own food.  For example, a caterpillar obtains energy from eating grass, and a bird obtains its energy by feeding on the caterpillar.  This illustrates how nearly all life depends on an autotroph’s ability to make food. 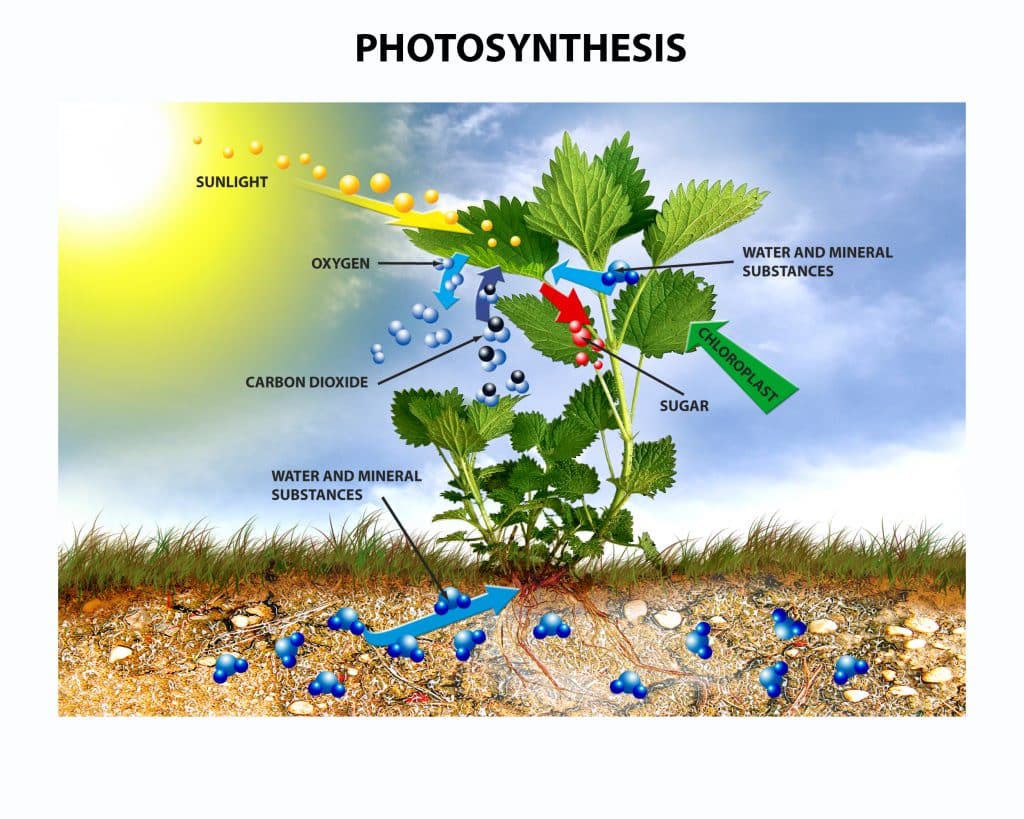 There are two stages of photosynthesis.  Only cells with chloroplasts can perform photosynthesis.  In stage one, the sun’s energy is captured mostly in the leaves.  The chloroplasts in plant cells capture the sun’s energy using a photosynthetic pigment called chlorophyll.  Chlorophyll plays an important role in converting solar energy into chemical energy because of its ability to absorb energy from sunlight.  The second stage occurs in the stomata.  Carbon dioxide and water undergo chemical reactions in the chloroplast to produce sugars (glucose) and oxygen, which exit the leaves through the stomata.  Carbon dioxide enters the leaves through the stomata, and water leaves through the roots.  Glucose acts as the food source for plants.

During photosynthesis, autotrophs use the sun’s energy to convert Carbon dioxide and Water into Oxygen and Sugars: