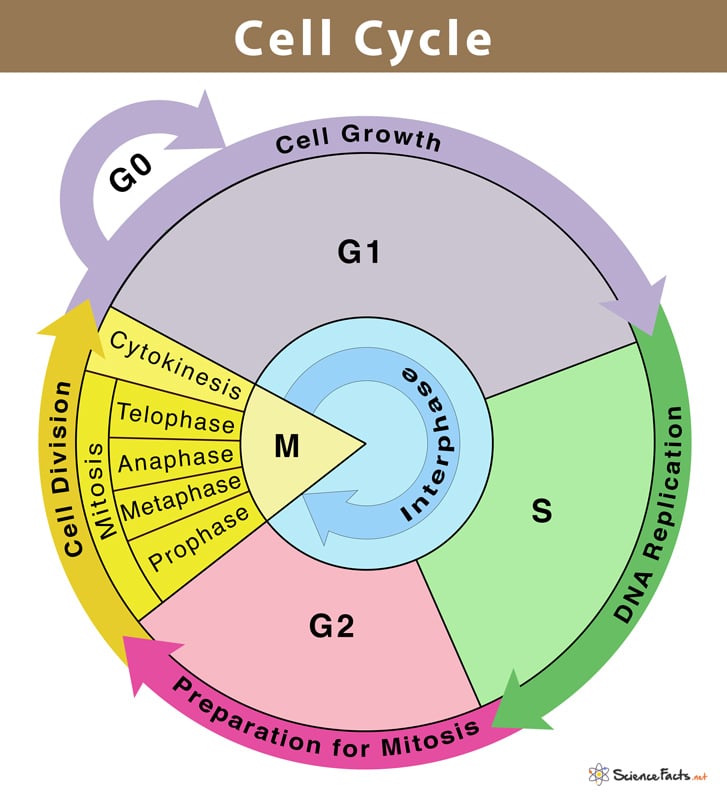 At this very moment, millions of cells are dividing in your body.  Cell division is the basis of reproduction; it enables multicellular organisms to grow; and it replaces damaged cells.  This process is all part of the cell cycle.  The cell cycle is a regular sequence of growth and division that cells undergo, and it is divided into three main stages.

Most of the cell cycle happens in the first stage called interphase. This is the period before cell division where the cell grows, makes a copy of its DNA, and prepares to divide into two cells.  Stage two is called mitosis.  In this stage, the cell’s nucleus divides into two new nuclei.  One copy of the DNA is distributed into each of the two daughter cells.  Mitosis is further divided into four stages called prophase, metaphase, anaphase, and telophase.

In the final stage, cytokinesis, the cytoplasm divides, and the organelles are distributed into each of the two new cells.  This usually begins during telophase of mitosis.  In animal cells, cell division begins with a process called cleavage.  The cell membrane squeezes together around the middle of the cell, pinching the cytoplasm into two new cells.  Each new cell has all the organelles necessary for life.  However, plant cells have a cell wall that can’t be pinched together by cleavage.  Instead, the cell plate forms across the middle of the cell, gradually developing into a new cell membrane.  Two new plant cells are formed. 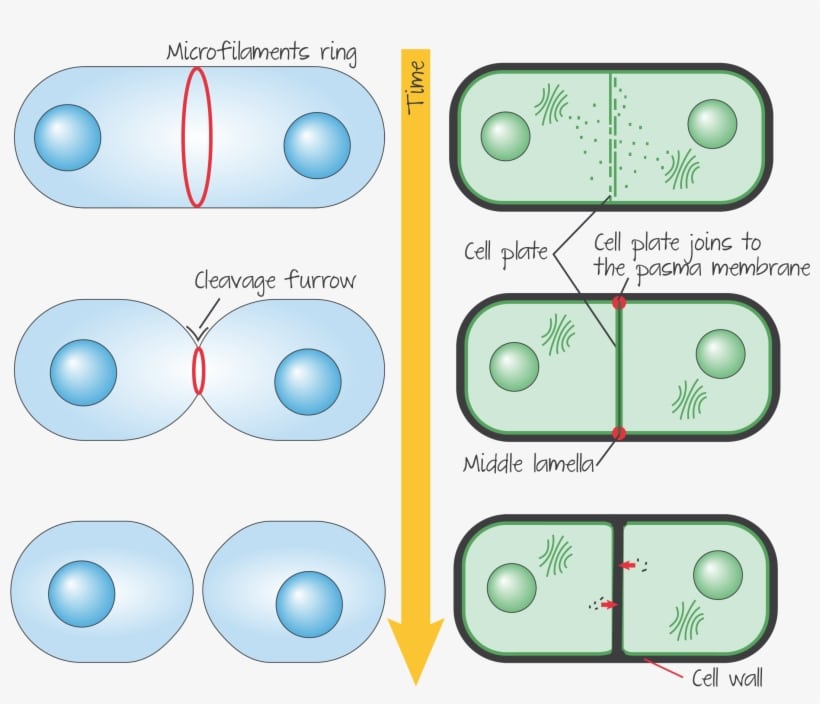