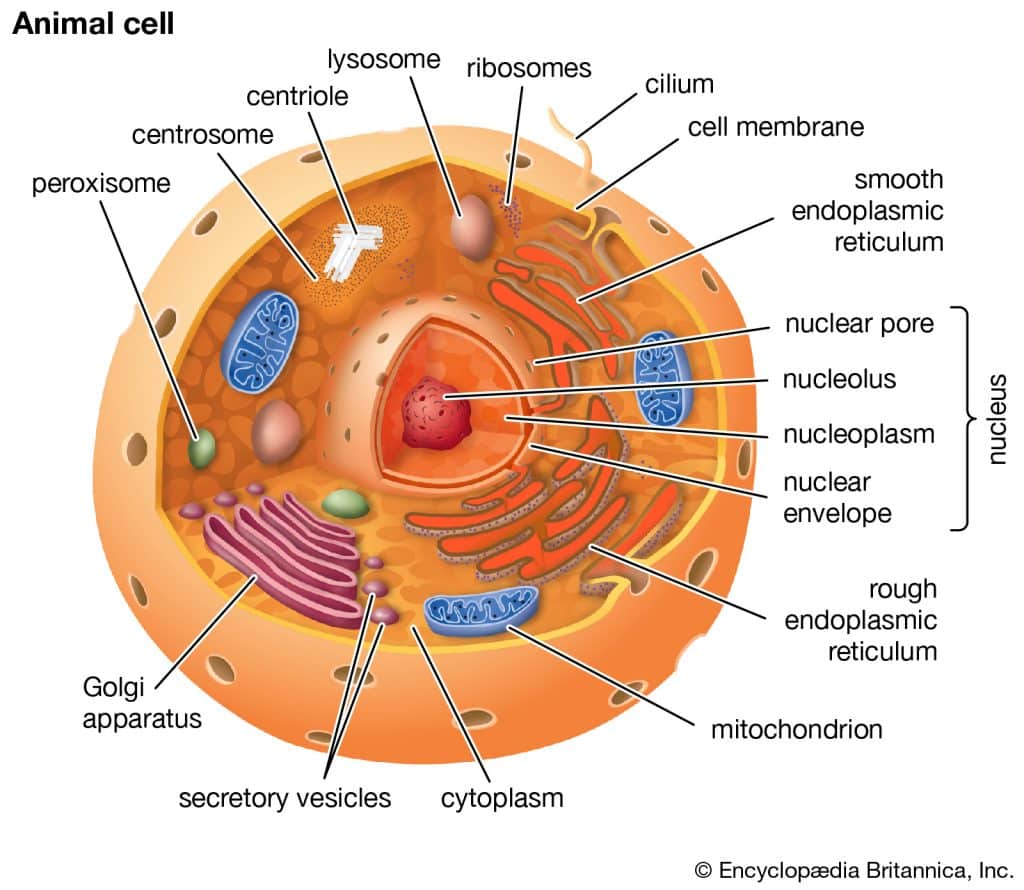 Protists, fungi, plants, and animals all have a nucleus and other organelles that help them function.  This classifies them as eukaryotic.  The nucleus is the command center of the cell and directs the activity of a cell’s organelles.  It contains all of a cell’s DNA.  The nucleus is surrounded by the nuclear envelope, which has thousands of pores that allow materials in and out of the nucleus.  Also found in the nucleus is chromatin, which are strands of DNA. Chromosomes are condensed chromatin that contain genetic information that is passed onto offspring.  The nucleolus makes ribosomes inside the nucleus, which is where proteins are assembled according to the DNA directions.  The ribosomes use instructions from the nucleus to build proteins. The cytoplasm is the thick fluid outside of the nucleus found throughout the cell.  While many prokaryotes and eukaryotes have cell walls, an animal cell does not.  A cell wall is the rigid wall outside of the plasma membrane that gives a cell its shape and extra support.

Certain organelles are also necessary for the assembly, transport, and storage within a cell.  The endoplasmic reticulum is where lipids for the membrane are assembled along with proteins.  There are two kinds of endoplasmic reticulum – smooth and rough.  The Golgi apparatus is responsible for sorting and packaging proteins and materials into structures called vesicles. The vesicles then ship them out, making sure they reach the right destination.  The vacuole is a saclike structure used for storage of water, food, and enzymes.  A single, large vacuole is found in plant cells, increasing their ability to support heavy structures like leaves.  Lysosomes remove wastes using digestive enzymes.  The mitochondria is often called the powerhouse of a cell.  It transforms chemical energy from food into useful energy for both plant and animal cells.  Chloroplasts, found in green plant cells and some protists, capture the sun’s energy and convert it to chemical energy in the process called photosynthesis.

The structural support, movement, and communication of a cell happens in each of the following organelles.  The cytoskeleton is a network of protein filaments that helps the cell keep its shape. It also helps with the movement of protein filaments called microtubules or microfilaments.  Centrioles are made of microtubules and help with cell division.  They are not present in plant cells. Cilia are short, hair-like projections that wave to help move a cell.  Flagella are long, whip-like projections that aid in movement.

Identify the parts of the cell below. 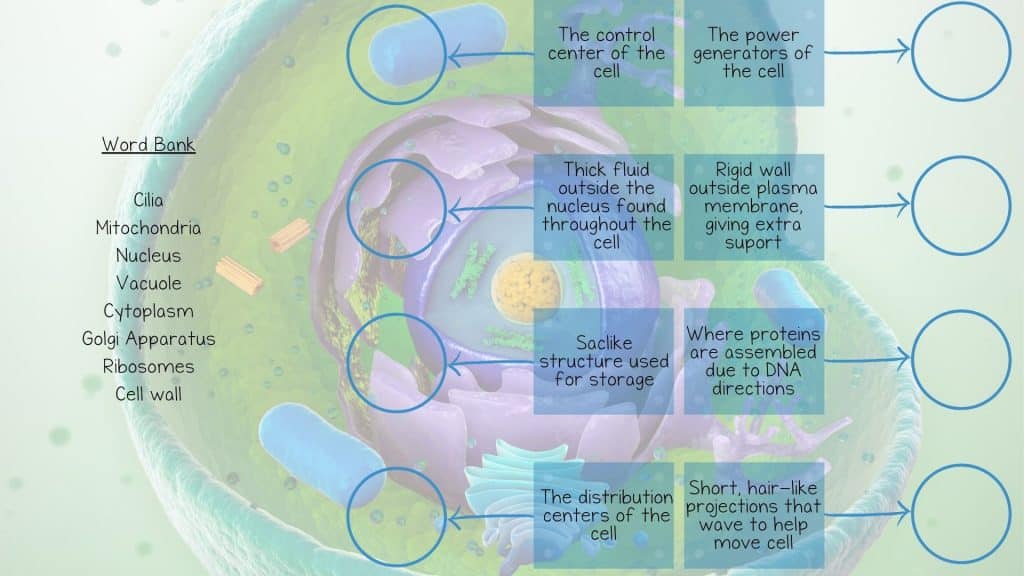