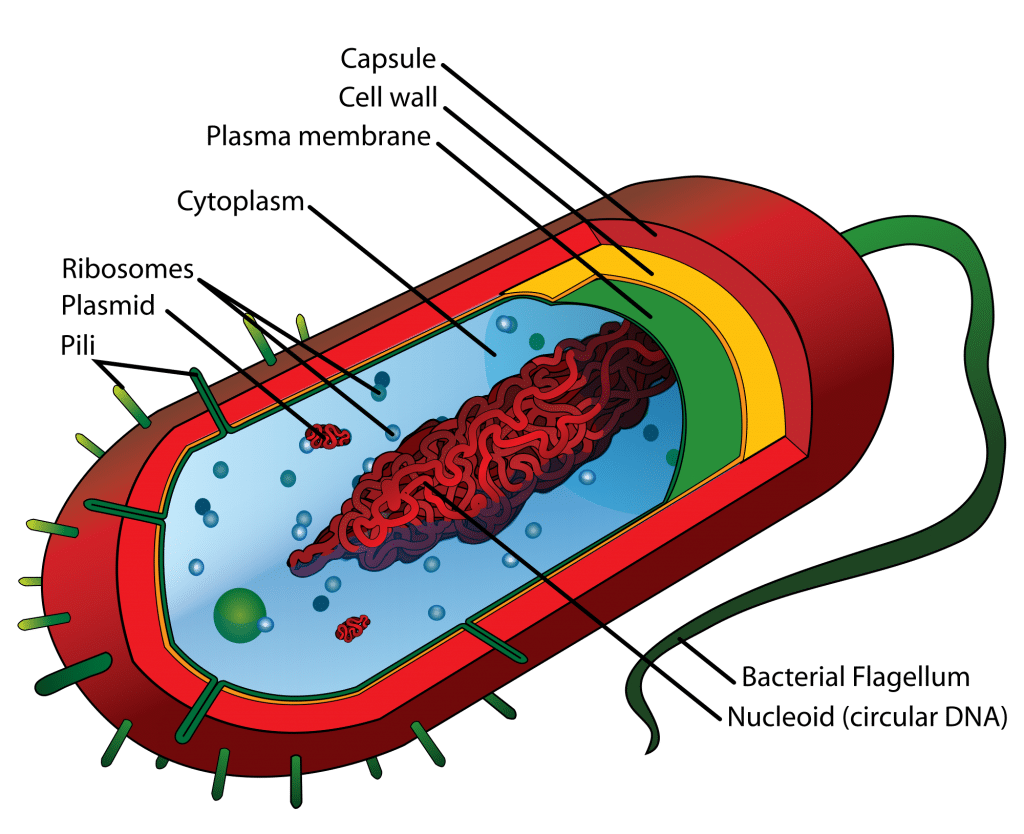 Prokaryotes are bacteria that are single-celled organisms that do NOT have a nucleus or membrane-bound organelles.  The cell wall surrounds the plasma membrane, gives the cell its shape, and also prevents dehydration.  DNA, which floats around in the cell, and ribosomes work together to produce the proteins the cells need to gather nutrients and reproduce.  A prokaryote’s slime layer, or capsule, is a sticky layer around the cell wall that helps it attach to surfaces in its environment.  DNA is found in a single chromosome and contains most of the bacteria’s genes.  The plasmid are genes that separate from the chromosomes, and they can carry antibiotic-resistant genes.  Some bacteria have long, whip-like projections that help them move called flagella.  The plasma membrane surrounds the cell and regulates what enters and leaves.  The pilus is an extension of the plasma membrane.  It helps bacteria stick to a surface and also acts as a bridge where two bacteria can exchange DNA.