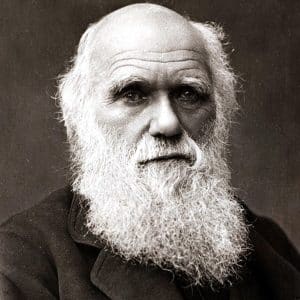 Charles Darwin was born in 1809 in Shrewsbury, England.  After finishing his degree, he was offered a job as a naturalist aboard a ship called the Beagle that would sail all over the world.  In Darwin’s travels, which began in 1831, he made three important observations.  First, the world includes a tremendous diversity of living things throughout a wide range of habitats.  Secondly, animal species, like those in the Galapagos Islands, that are related can have different characteristics or occupy different habitats in the same area.  Finally, fossils, or the preserved remains of ancient organisms, resembled many organisms alive today.

Through his travels and his research, Darwin developed the scientific theory of evolution, which explains how modern organisms evolved over long periods of time by natural selection. This theory is the belief that organisms change as a result of their physical and behavioral traits.  Natural selection is the process by which individuals that are better adapted to their environment are more likely to survive and reproduce than other members of the same species.  Three factors significantly influence the process of natural selection: overproduction, variation, and competition.  First, a population must have the ability to overproduce offspring.  A species that produces more offspring has a better chance of survival.  Some insects and fish lay hundreds of eggs, meaning there are better chances that many will survive.  Variation refers to the differences between individuals.  An offspring of a species will have genes from both its mother and father, so there will be some natural differences.  For example, if one frog has sharp eyesight and another is a good jumper, these qualities may benefit their offspring and help them survive.   Competition is when resources are limited and species must compete to survive.  The species more adapted to utilizing those resources are more likely to reproduce. All of these factors suggest that when looking at traits of a plant or animal the more favorable variations will continue and the unfavorable ones will die off and become extinct. 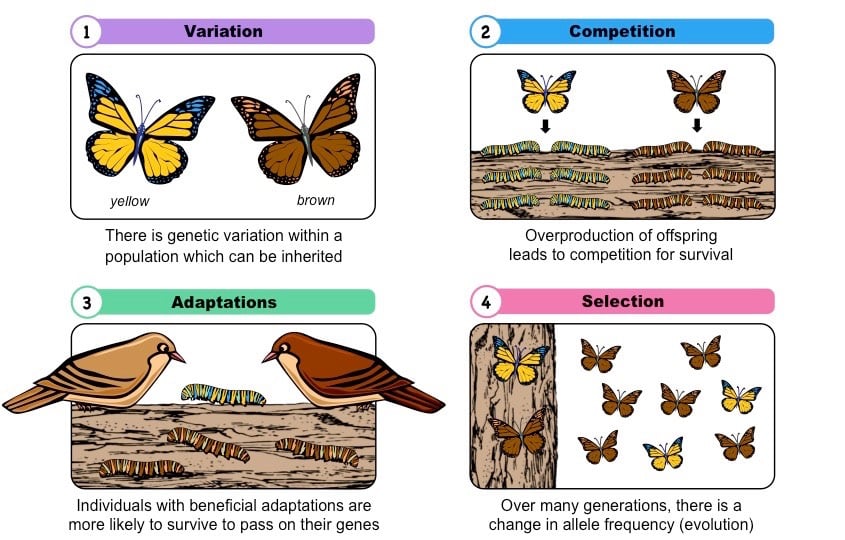 Darwin proposed that an animal’s adaptation was a result of natural selection.  An adaptation is a trait that helps an organism survive and reproduce.  A species adapts to its environment in response to changes such as climate and competition from other species.  When looking at the beaks of the finches of the Galapagos Islands, Darwin observed that each had a beak adapted to a particular diet.  One finch had a short, strong beak for cracking hard seeds, another had a curved beak for eating plants and fruits, and another had a long one to catch insects.  Each bird had an adaptation that allowed them to be successful in their environment. 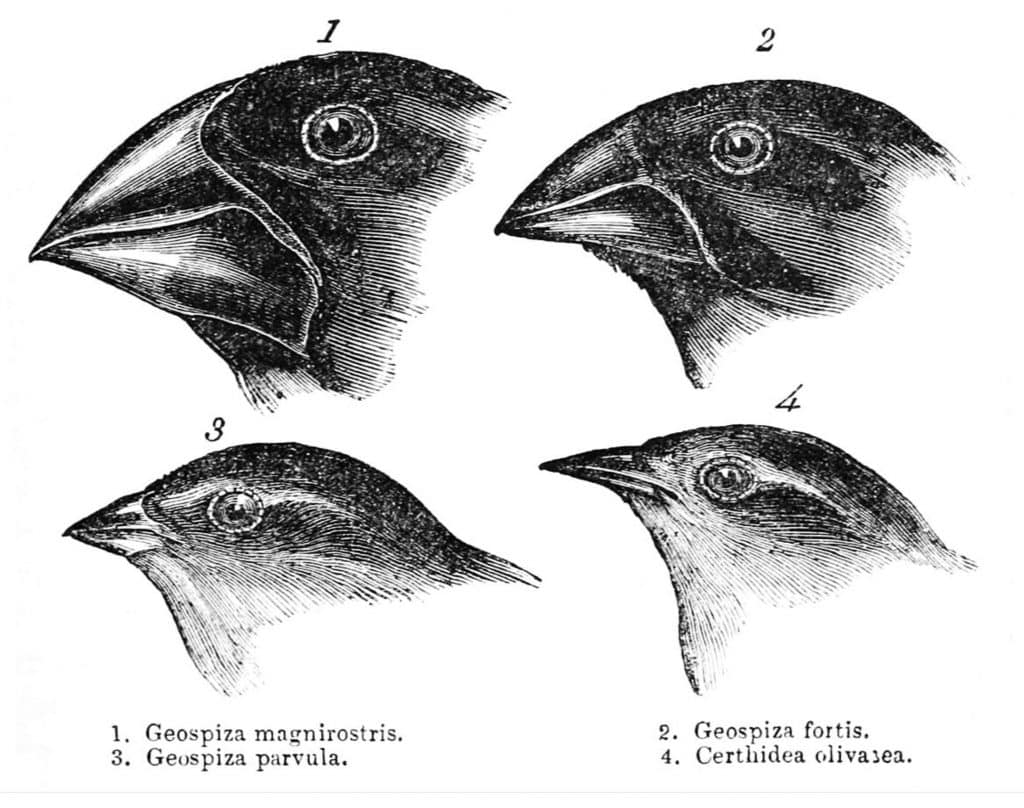