Classification is a way of separating a large group of closely related organisms into smaller subgroups.  In the 1730’s, Carolus Linnaeus, a Swedish botanist, developed a two-word naming system called binomial nomenclature.  Each species is assigned a two-part scientific name.  The first part of the name is genus, and the second part of the name refers to the species.

Naming and describing unknown species is the first step in understanding and studying them.  Biologists use a dichotomous key to help them identify unknown organisms.  The word dichotomous comes from the word dichotomy, meaning “two opposite parts or categories.”  A dichotomous key consists of paired statements that are opposite of one another about the same trait.  The user picks the best description that fits the organism and then is either led to another set of paired statements or the identity of the organism. 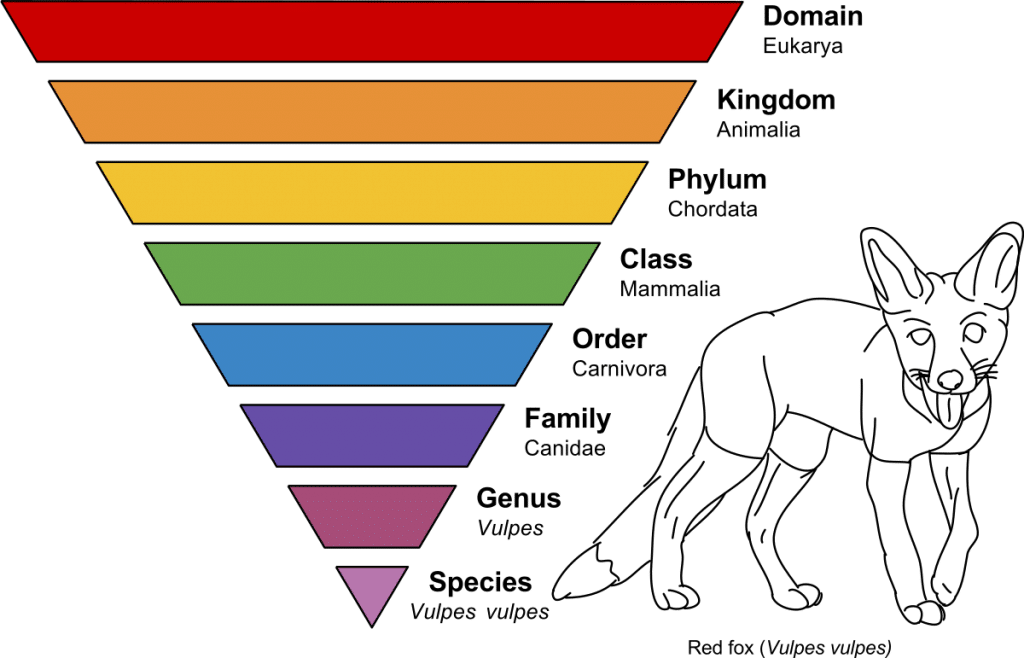 Linnaeus also developed a classification system to organize living things into groups.  This helps in our understanding of their differences and similarities.  The science of naming and identifying organisms is called taxonomy.  Seven groups make up the system for scientific classification.  At the end is species, which refers to a group of organisms that breed and produce offspring.  Next, genus is where similar species are grouped.  Closely related genera are grouped into a larger category called the family, which are then placed into larger groups called orders.  Then orders are grouped into classes; classes are grouped into phyla, and phyla are grouped into kingdoms.  Kingdoms are the largest groups and include plants and animals. 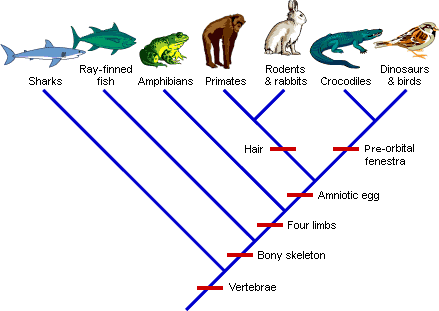 Sometimes classification keys are used to identify organisms by traits that are visible; however, scientists today look at how closely members of a group are related.  Phylogeny is the study of how living and extinct organisms are related to one another.  This groups species into categories that show lines of evolutionary descent and not just similarities and differences.  Classifying them this way places them into clades, which is a group of species that includes a single common ancestry and all the descendants of that ancestor.  A cladogram is a diagram that links groups of organisms by showing how evolutionary lines, or lineages, branched off from common ancestors.  These focus on studying derived character, which is a trait that arose in the most recent common ancestor of a particular lineage and was passed on to its descendants.