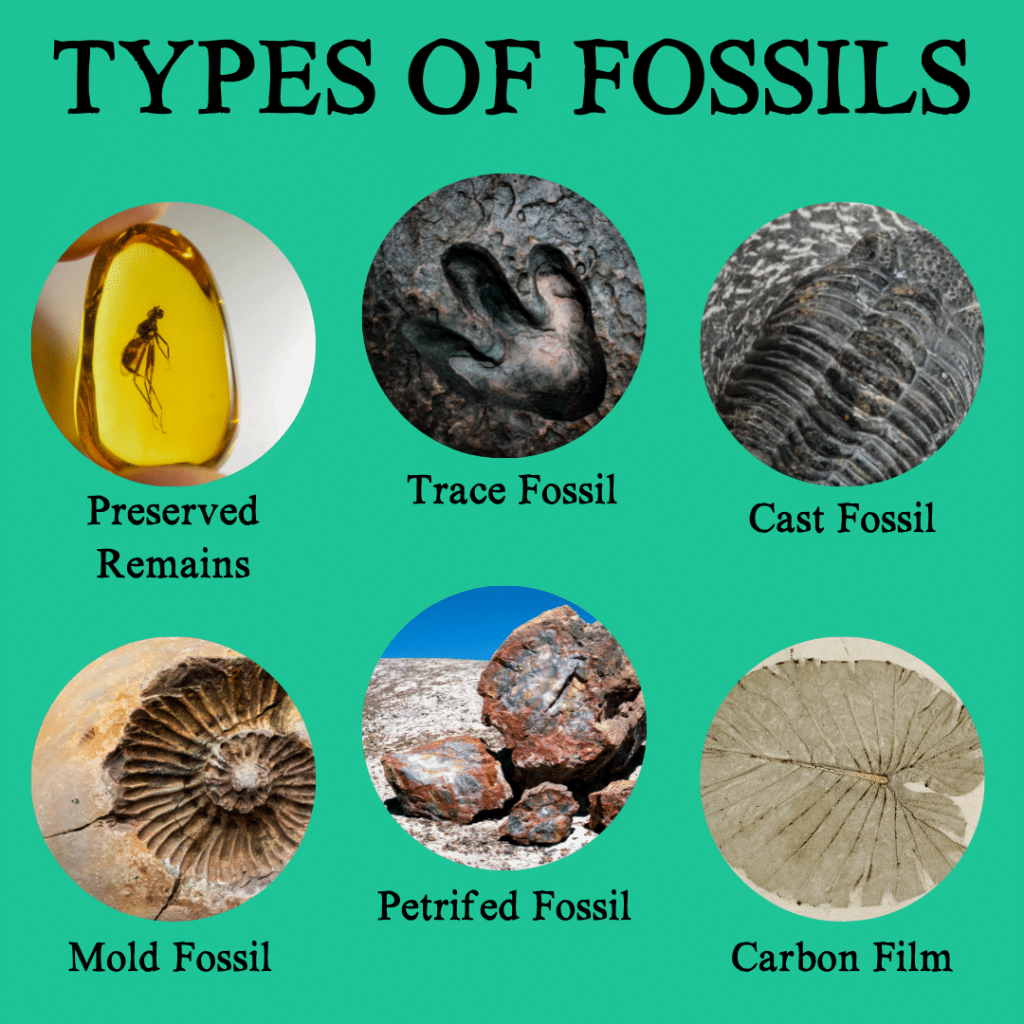 Fossils are the preserved remains or traces of living things.  Most fossils form when living things die and are buried in sediment.  Over millions of years, the sediments slowly harden into rock and preserve the shapes of the organisms.  Fossils found in rock include molds, casts, petrified fossils, carbon films and trace fossils.  Some remains of organisms are preserved if they happen to be trapped by amber, tar, or ice.  A mold is a hollow area in the sediment that shows the shape of an organism or a part of an organism.  A cast is the solid copy of the shape of an organism.  Petrified fossils are fossils in which minerals replace all or part of an organism.  Another type of fossil is a carbon film, which is an extremely thick coating found on rock.  While most fossils preserve the shapes of organisms, a trace fossil provides evidence of the activities of ancient organisms.  A fossilized footprint is an example of a trace fossil.

A paleontologist is a scientist who studies, collects, and classifies fossils.  The fossil record provides evidence of the history of life on Earth based on information gathered by paleontologists.  It also shows how different groups of organisms change over long periods of time.  It shows Earth’s past climate and environments as well as changes in Earth’s surface.  The fossil record provides evidence to support the theory of evolution.  Evolution is the gradual change in living things over long periods of time.  The fossil record shows how organisms evolve and how some have become extinct.  Extinct means that something no longer exists and never will again.