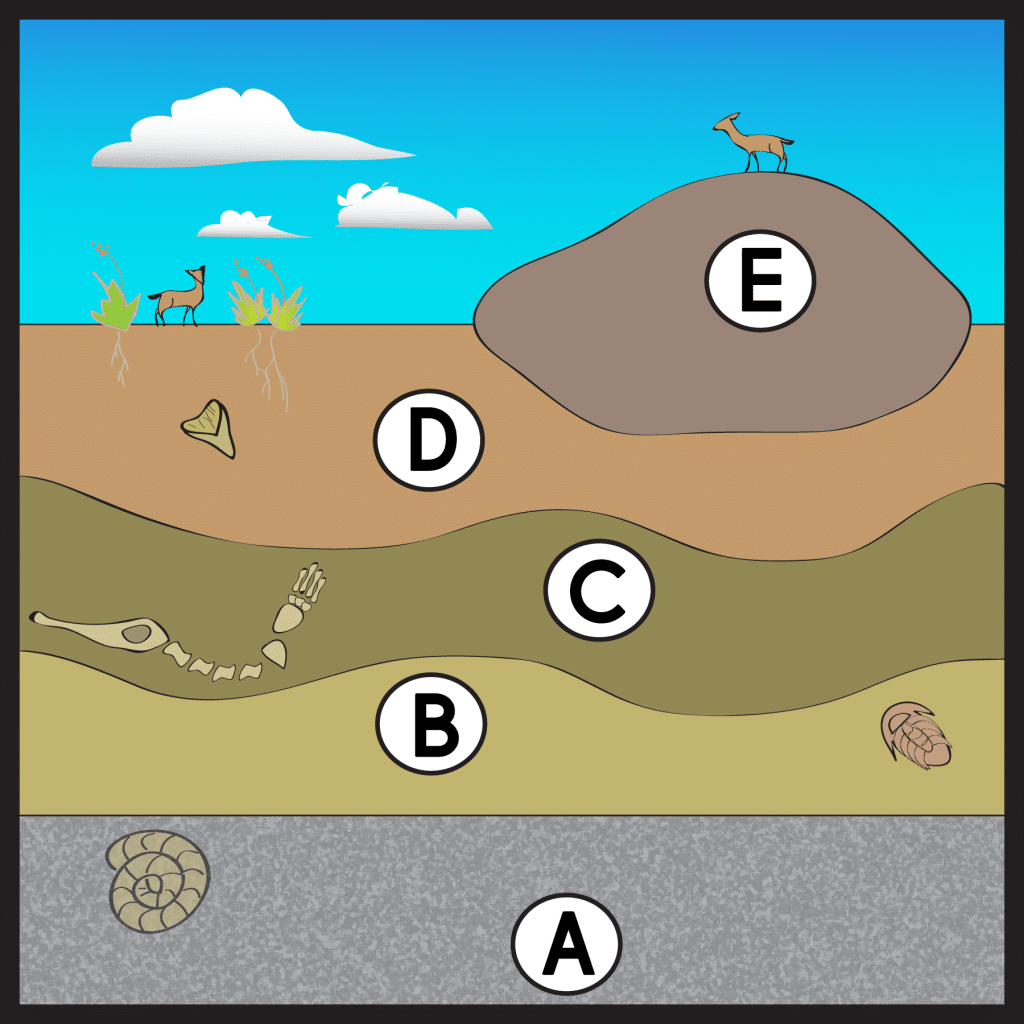 One way to determine the age of a fossil is by finding the age of the rock it was found in. A rock’s relative age is compared with the ages of other rocks.  The absolute age of a rock is the number of years since the rock formed.  While it may be impossible to know the absolute age exactly, a geologist can sometimes determine it within a certain number of years.  Geologists use the law of superposition to determine the relative age of rocks.  For example, in horizontal sedimentary rock layers, the oldest layer of rock is at the bottom, and each higher layer is younger than the layer below. 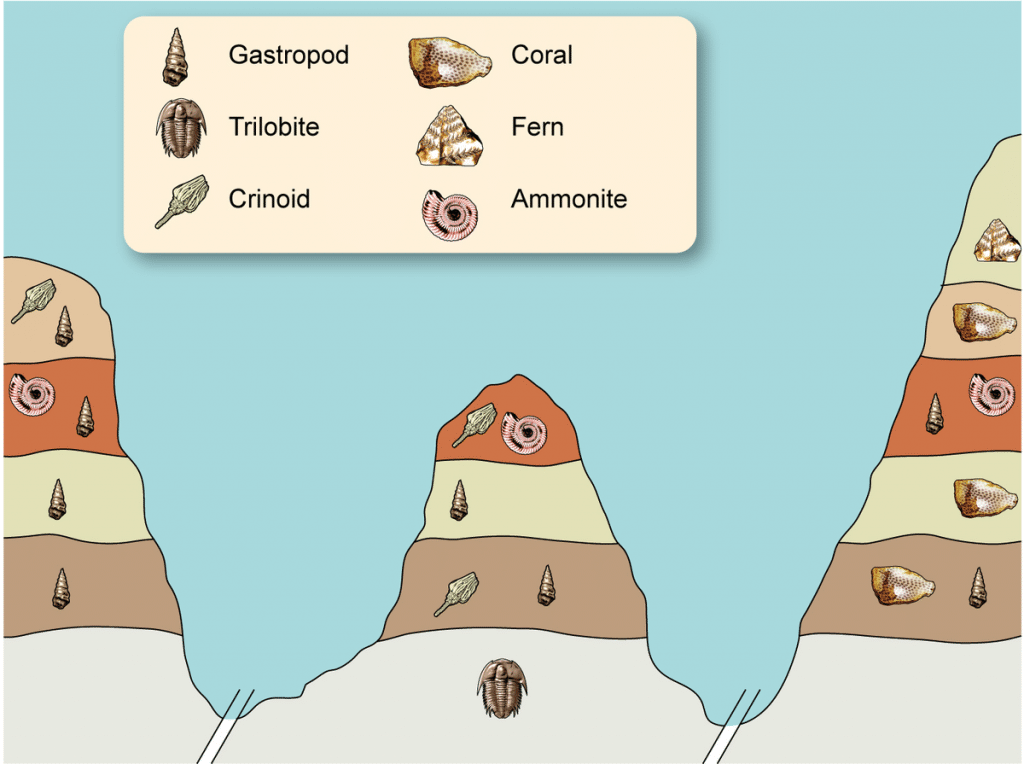 Certain fossils, called index fossils, represent an organism that existed only briefly and was widely distributed, meaning it lived in many different areas.  To date rock layers, geologists use index fossils to match layers, and then they can give the same age to those layers of rocks at other locations.