Earth’s history is divided into units of time that make up a geological time scale, which is divided into four major subdivisions called eons, eras, periods, and epochs.  An eon is the longest subdivision, based on an abundance of fossils.  Significant worldwide changes in the types of fossils present in rock mark eras.  Periods are based on types of existing life globally at a particular time.  Finally, epochs are divided into periods characterized by differences in life forms. 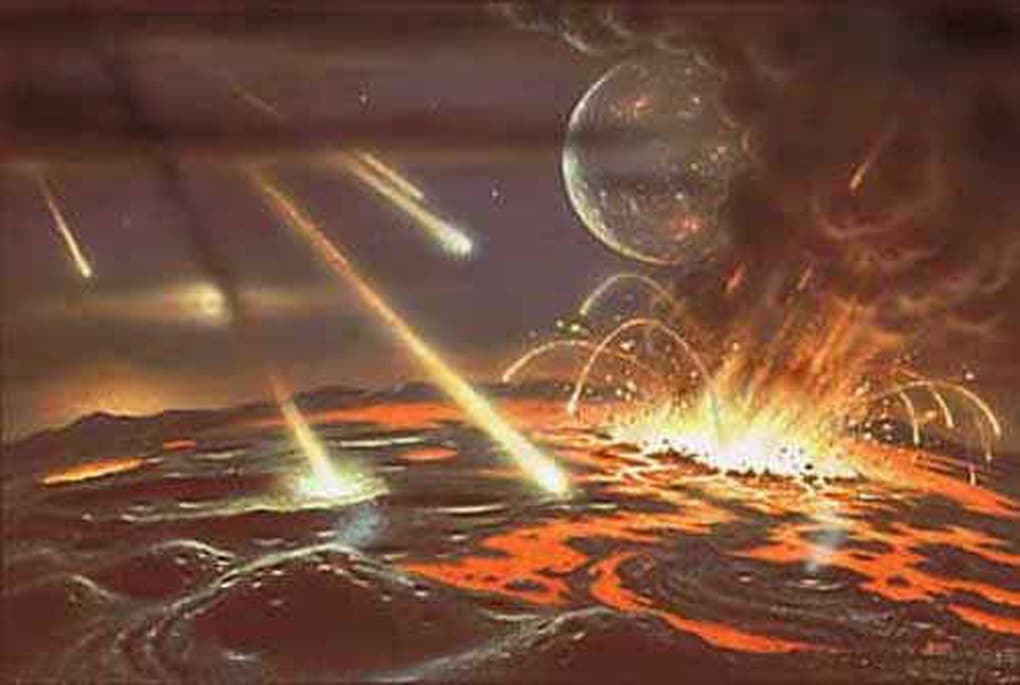 Geological time begins with an extended period called Precambrian Time, which covered about 88 percent of Earth’s history and ended about 544 million years ago.   Scientists hypothesize that Earth formed roughly 4.6 billion years ago.  During the first several hundred million years of Precambrian Time, an atmosphere, oceans, and continents began to form on Earth.  Early Earth was nothing as we know it today.  Very few fossils remain from this time.  Precambrian rocks have been buried, causing fossils to be changed by heat and pressure.  Most Precambrian organisms lacked hard parts.  The earliest life form to appear was cyanobacteria, blue-green algae that added oxygen to the atmosphere through photosynthesis.

The time between the Precambrian Time and the present is divided into three long units called eras: the Paleozoic Era, Mesozoic Era, and Cenozoic Era.  Likewise, eras are divided into periods, which are named by geologists from places around the world where they found certain rocks and fossils.