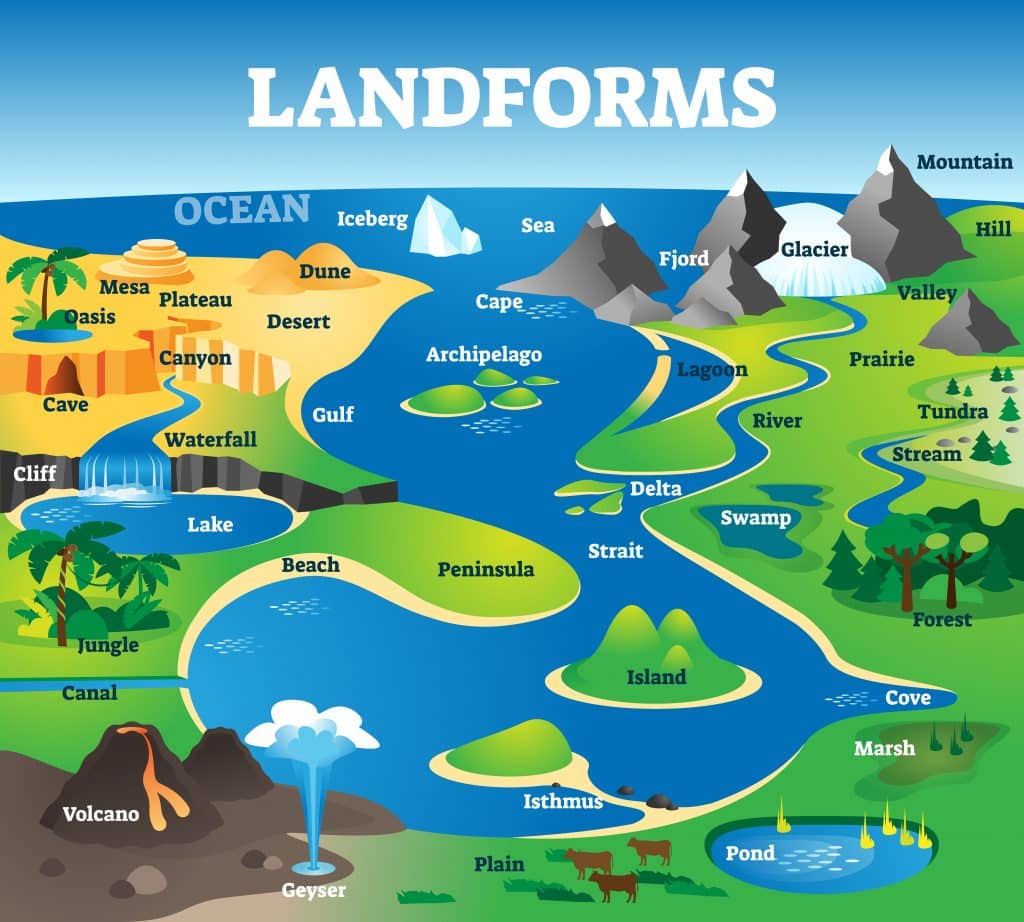 Erosion is the process by which sediment, weathered rock, and soil are moved from one location to another.  Moving water is a major agent of erosion, especially along streams and rivers, at beaches, and underground.  Water erosion is a significant factor that has shaped Earth’s land.  Imagine standing on the top of a mountain and following the drops of rainfall at the source of a river all the way out to the crashing waves of the ocean.  Because of gravity, runoff, and moving material, a river will form various features that shape the land.  The river eventually leads out to the ocean, where waves are the primary force of erosion along coasts. They break down rocks and transport sand and sediment. A stream is an active channel that erodes land and transports sediment.

Through erosion, a river creates waterfalls, flood plains, meanders, and oxbow lakes.  Waterfalls occur when a river meets an area of rock that erodes slowly.  It forms where a flat layer of strong rock lies over a layer of softer rock.  The harder rock pieces break off when softer rock erodes, creating a waterfall’s sharp drop.  Flood plains are a flat and vast area of land along a river that is often covered when the river overflows during a flood.  A meander is a loop-like bend in the course of a river, becoming more curved over time.  An oxbow lake is a meander that has been cut off from sediments being deposited and damming up the ends.  Finally, a delta is sediment deposited where a river flows into an ocean or a lake that builds up a landform.

Not all water becomes runoff; some of it soaks into the ground.  Groundwater is underground water that can cause erosion through chemical weathering, forming caves.  Inside limestone caves, deposits called stalactites and stalagmites form. A stalactite is formed from deposits in dripping groundwater that hang on the roof of a cave.  A stalagmite is formed through deposits that build up in a cone shape on the cave floor.