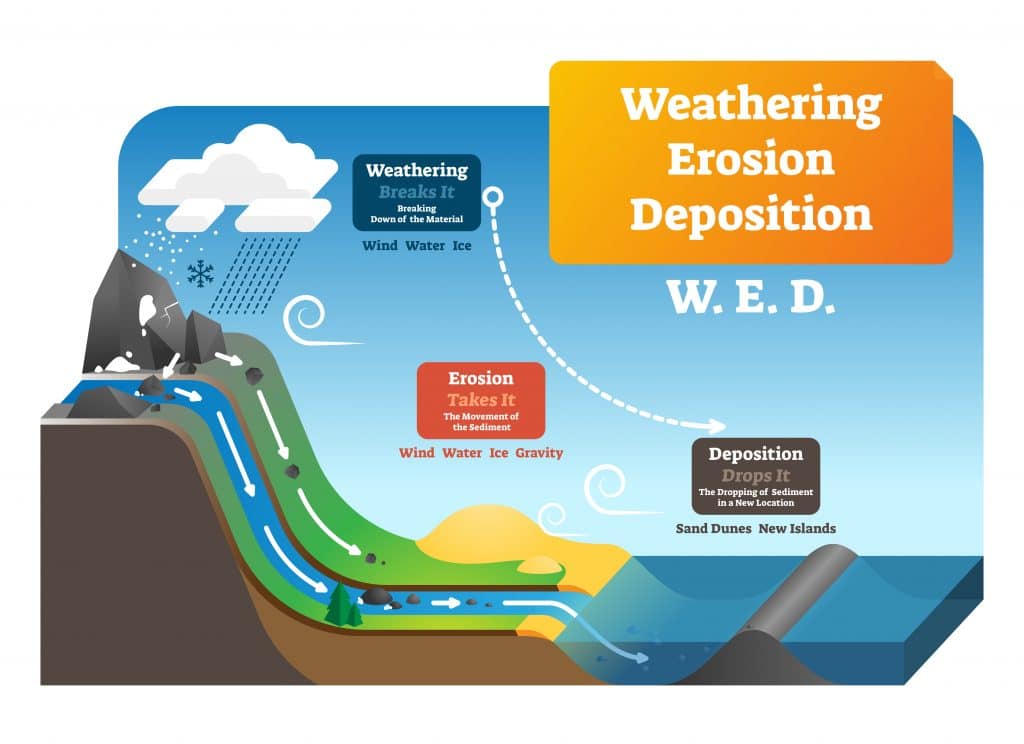 Earth gravity impact on soil rocks, movement of sediment and dropping it in new location.

Weathering, erosion, and deposition all work in a continuous process that wears down and builds up Earth’s surface.  Deposition changes the shape of the land.  Deposition is the laying down or settling of eroded material.  Mass wasting is the downhill movement of a large mass of rocks or soil because of the pull of gravity.  Landslides and mudslides are examples of mass wasting.

A glacier is a large mass of ice that forms on land and moves slowly across the Earth’s surface.  As snow accumulates over many years, it eventually turns to ice and moves by sliding on a thin layer of water underneath the ice.  They form in areas where the amount of snowfall is greater than the amount of snowmelt.  There are two types of glaciers.  A continental glacier, or an ice sheet, covers large land areas and moves outward from a central location.  They exist today in Antarctica and Greenland.  A valley glacier forms a long, narrow glacier when snow and ice build-up high on a mountain valley.

There are two processes by which glaciers erode the land, plucking, and abrasion.  Plucking occurs as a glacier flows over the land, causing abrasions, gouges, and scratches in the bedrock. It picks up rocks and large boulders, dragging them across the land. 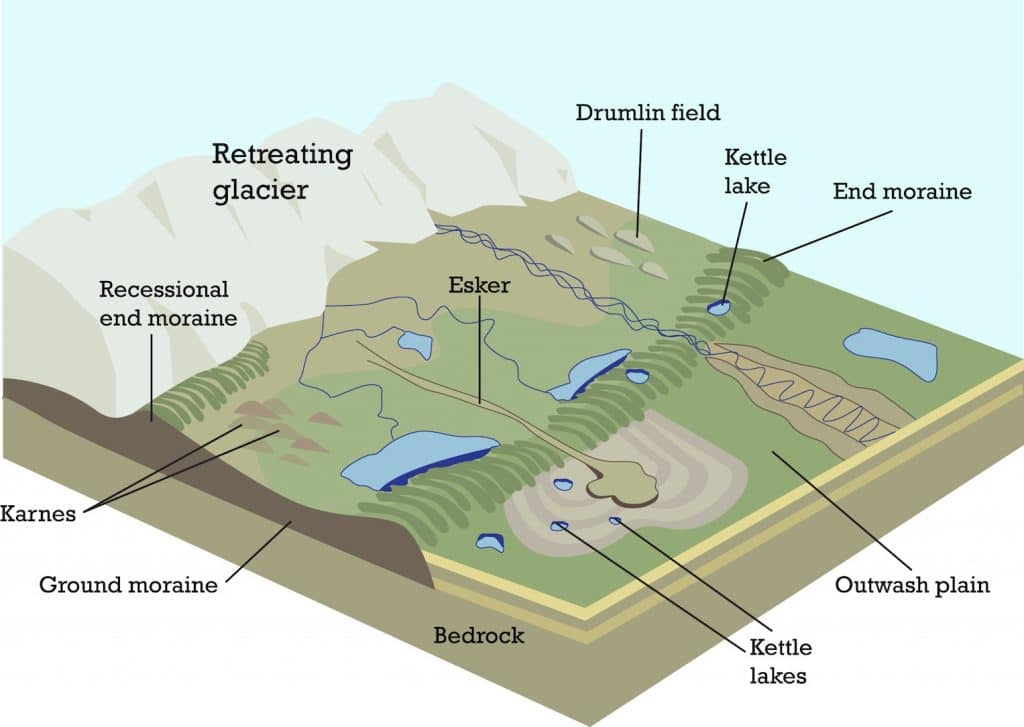 When a glacier melts, it deposits the eroded sediment, creating various landforms.  These landforms remain even after a glacier has melted.  A till is a mixture of sediment that is deposited directly on the surface.  It’s made up of particles of many sizes.  Clay, silt, sand, and boulders can all be found in a till.  A moraine is a ridge formed from till deposited at the edge of glaciers.  A kettle is a slight depression that forms when a chunk of ice eventually melts.  Kettles often fill with water and become kettle lakes.