Another type of water movement can be seen in currents.  Currents are large streams of moving water that flow through the oceans.  Surface currents are wind-driven currents that affect water to a depth of several hundred meters. They can move as fast as 100 km per day.  Surface currents warm or cool the air above, influencing the land’s climate.  Earth’s oceans contain large, looped systems of surface currents called gyres.  Gyres in the Northern Hemisphere circle clockwise.  Gyres in the Southern Hemisphere circle counterclockwise. 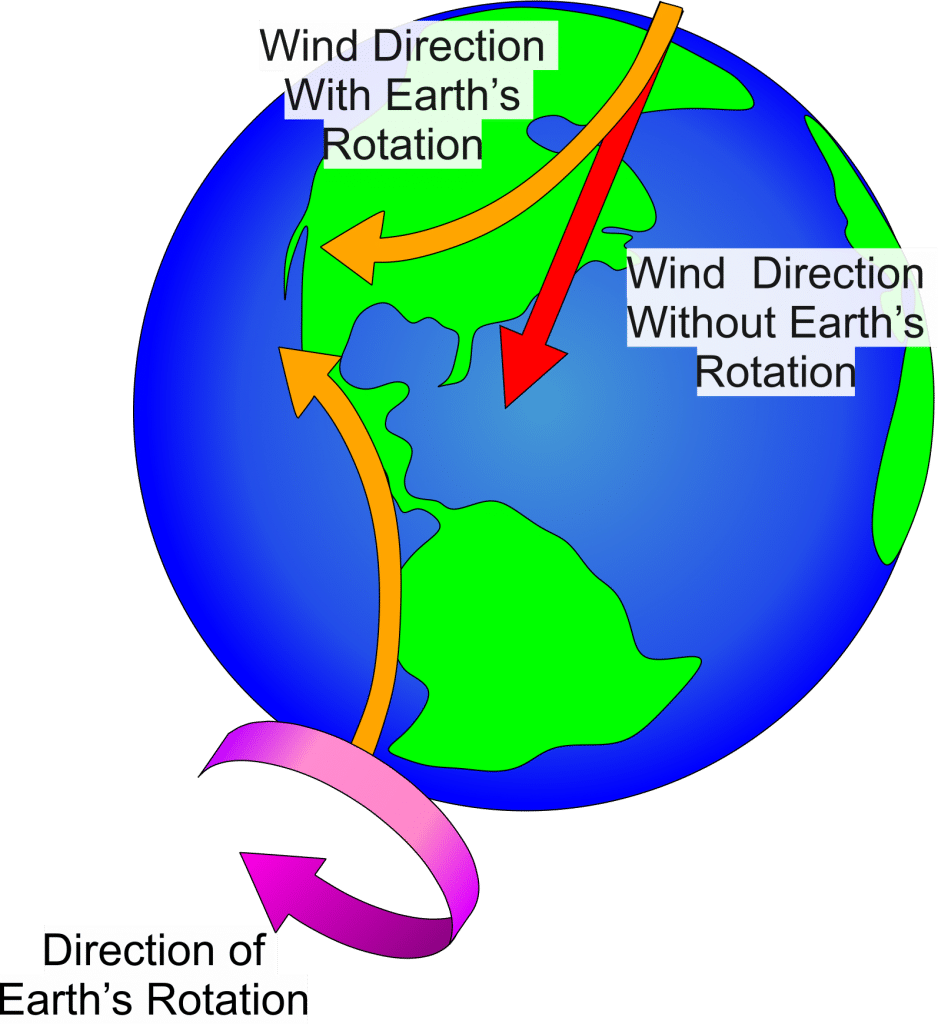 The Coriolis effect is the movement of wind and water to the right or left caused by Earth’s rotation.  It significantly influences the movement of global wind patterns and ocean currents.  In the Northern Hemisphere, the Coriolis effect causes fluids, such as air and water, to curve to the right in a clockwise direction.  In the Southern Hemisphere, it causes fluids to curve left in a counterclockwise direction. 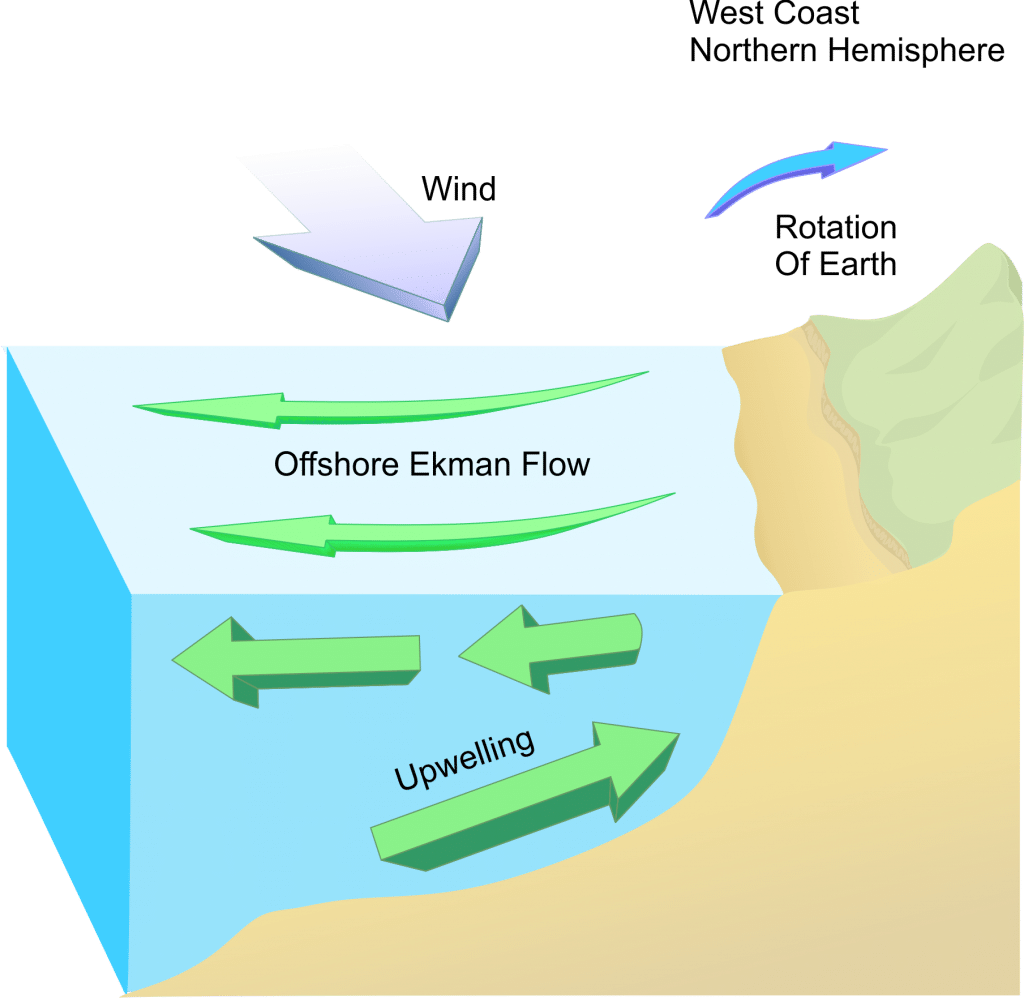 Deep currents are caused by differences in the density of ocean water. This difference moves water downward that is later brought up by upwellings, or movement of cold water to the surface to replace warmer water that has been blown away by the wind.  Deep currents move and mix water around the Earth, moving slower than surface currents, carrying cold water from the poles to the equator.  Upwellings bring tiny organisms, minerals, and other nutrients from deep ocean layers, keeping the ocean ecosystem balanced.

Climate is the pattern of temperature and precipitation typical of an area over a long period.  Solar energy drives convection currents in the ocean.  Surface currents warm or cool the air above it, influencing the climate of land near the coast.

The Great Ocean Conveyor Belt is another extensive ocean currents system affecting weather and climate.  It is a global “belt” of surface and density currents that distribute thermal energy around Earth.