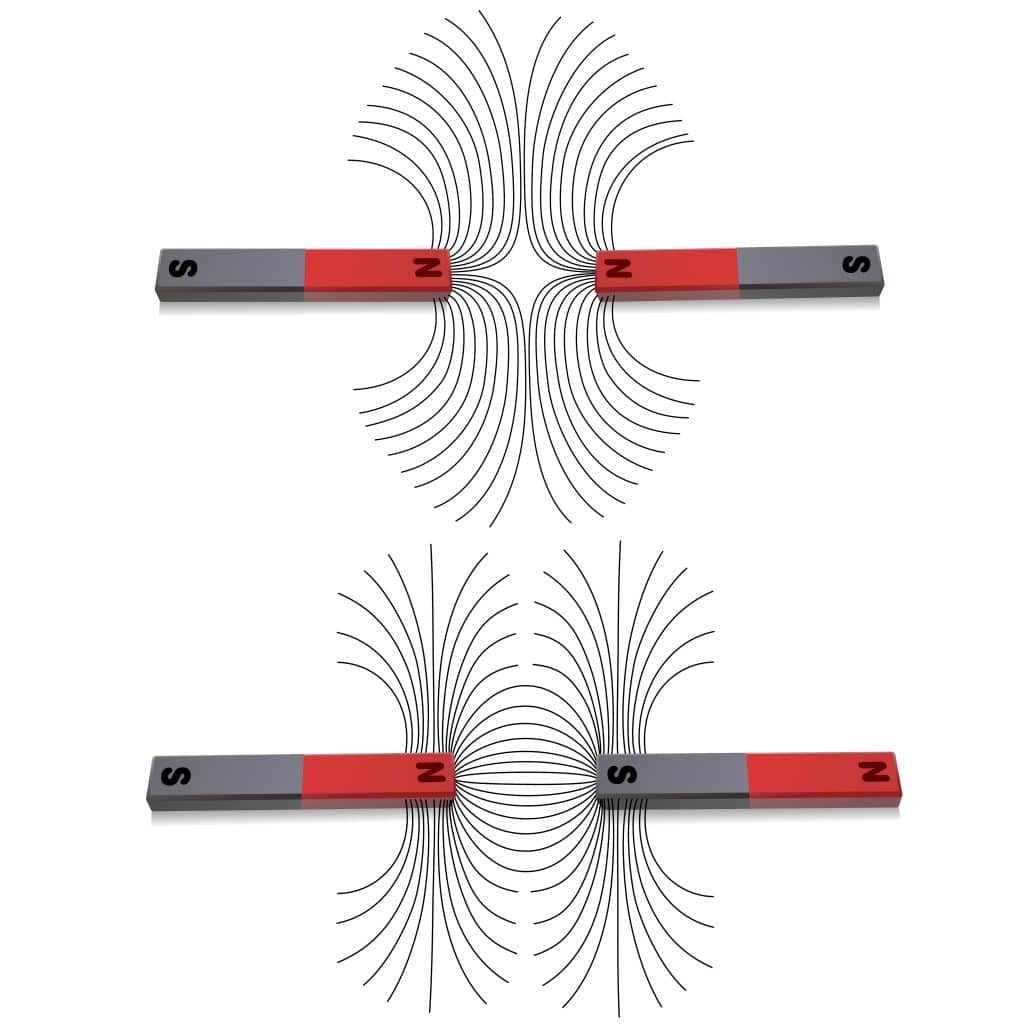 Attraction and detraction between magnetic poles

Magnets are able to move some materials without even touching them.  They push and pull objects because they give off an invisible force called magnetism.  When electric current flows through a wire, a magnetic field exerts a force on other magnets and objects made of magnetic materials.  The strength of the magnetic field depends on the amount of current flowing in the wire.  All magnets have a north and south pole, which are described as opposite poles.  If two magnets are held together so that the north pole of one faces the north pole of the other, the magnets will repel each other.  Like poles repel each other, and unlike poles attract each other.  The Earth is like a giant magnet that’s surrounded by its own magnetic field.  You cannot see it but can see its effect in a compass.  A compass has a tiny magnet that is able to move. One end is always pointing to the Earth’s North Pole, and the other points to the South Pole.

Only a few metals, such as iron, cobalt, and nickel, are attracted to magnets or can be made into permanent magnets.  Magnetic domains are a group of atoms with aligned magnetic poles that are too small to be seen with the naked eye.  If the domains are aligned in an iron atom, the iron is magnetized.  If the domains are not aligned, then the iron is demagnetized.  Permanent magnets can be made by placing a magnetic material in a strong magnetic field and forcing the magnetic domains to line up.  A steel magnet is often considered a permanent magnet because it will retain its magnetic power for a long time.

Like electricity, we use magnets every day in a variety of ways.  Smartphones use small magnets that interact with a coil of wire to create the vibrate function.  Vacuum cleaners use powerful magnets in their motors to give them high suction.  Speakers have magnets that interact with the coil of wire inside the speaker cone to produce sound.   Credit cards have a magnetic stripe on the back that is made of magnetic particles that contain the account holder’s information.