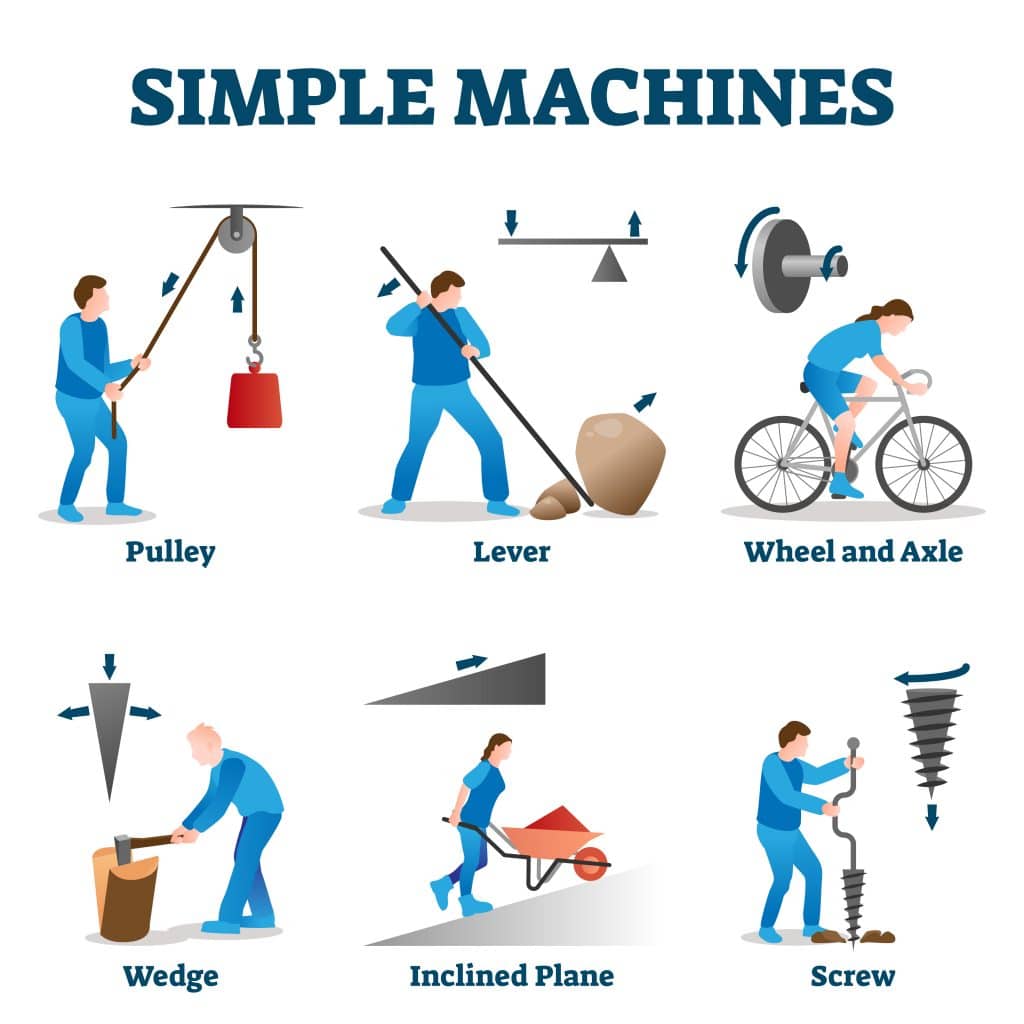 A simple machine is a machine that can do work in a single movement.  Many machines are called compound machines since they are a combination of two or more simple machines.

A pulley is a grooved wheel with a rope, chain, or cable running along the groove.  A pulley changes a downward pull on one end into an upward pull at the other end.  If you’ve ever put the blinds up or down in your home, you have used a pulley.  A fixed pulley is attached to something that doesn’t move.  A moveable pulley is when one end of the rope is fixed and the other wheel is free to move.  A block and tackle is a system of pulleys consisting of fixed and moveable pulleys.

A wheel and axle consist of an axle attached to the center of a larger wheel so that the wheel and axle rotate together. Both turn in the same direction around a single point like a steering wheel in a car.  Force that is applied to the wheel turns the axle.  An inclined plane is a sloping surface, such as a ramp, that reduces the amount of force necessary to do work. A screw is an inclined plane wrapped in a spiral around a cylindrical post.  Its ridges or threads allow movement in a circular direction, providing a mechanical advantage.  You use a screw to remove the lid from a jar of peanuts.  A wedge is a piece of wood, metal, or another material that is thicker at one end than the other.  A wedge is an inclined plane with one or two sloping sides. It changes the direction of the input force.   Nails, chisels, and even our front teeth are all kinds of wedges.