Section 1: Forces that Shape the Earth 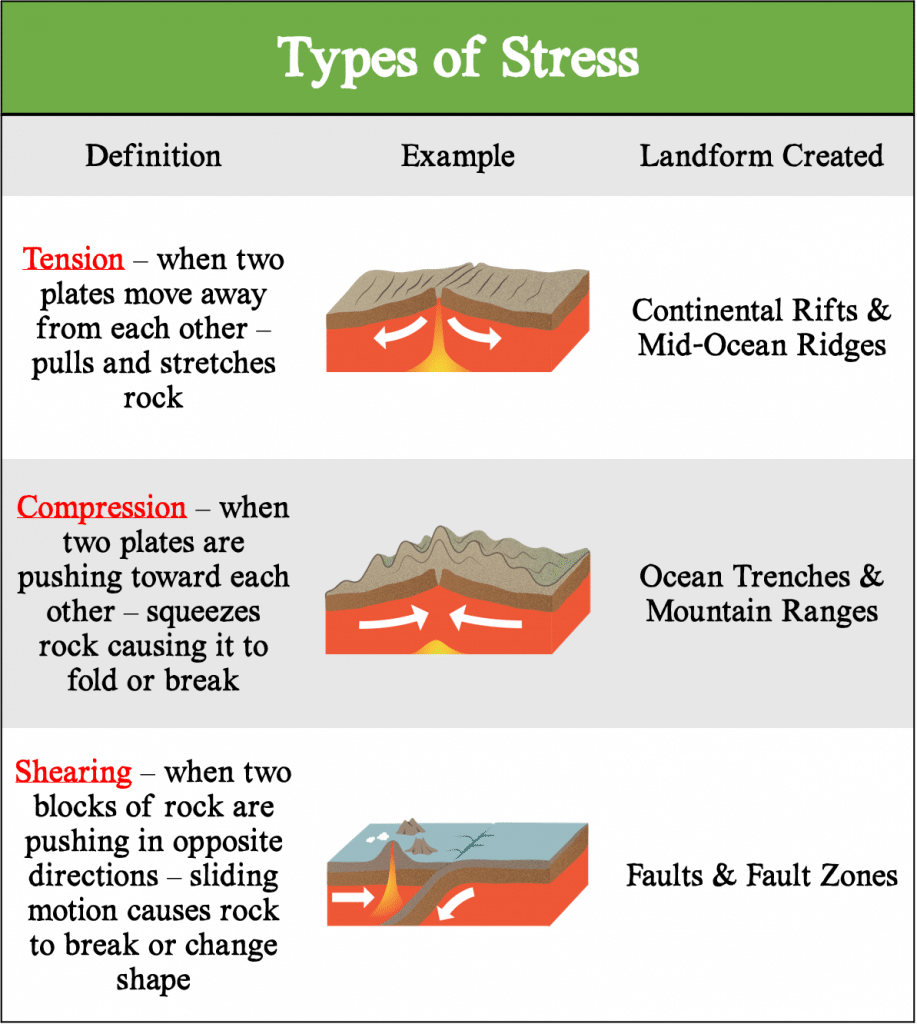 The continental crust is constantly changing due to plate tectonics.  Forces at plate boundaries are strong enough to break rocks or change their shape.  Stress is the force that acts on a rock to change its shape or volume; it adds potential or stored energy to the rock until it changes shape or breaks.  Three different kinds of stress can occur in the crust.  First, tension pulls on the crust, stretching rock so that it becomes thinner in the middle.  Compression squeezes rock until it folds or breaks.  Finally, shearing pushes a mass of rock in two opposite directions.  Strain is a change in a rock’s shape caused by stress.  Elastic strain is a change in rock that is NOT permanent.  When the stress is removed, the rock returns to its original shape.  Plastic strain creates a permanent change in the shape of a rock.  It usually occurs when rocks are weak or hot.

Each type of stress can produce different types of landforms.  Landforms created by compression include mountain ranges, ocean trenches, and volcanic arcs.  Mountain ranges form when there is a collision of two continental plates.  Ocean trenches form as one plate goes under another plate during the collision, creating a deep trench where the two plates meet.  Volcanic arcs are curved lines of volcanoes that form parallel to plate boundaries.

Landforms created by shearing include transform faults and fault zones.  A transform fault occurs when plates slide horizontally past each other. They form a fault or a break in the rock of the crust.  Fault zones are areas of many fractured pieces of crust along a large fault.