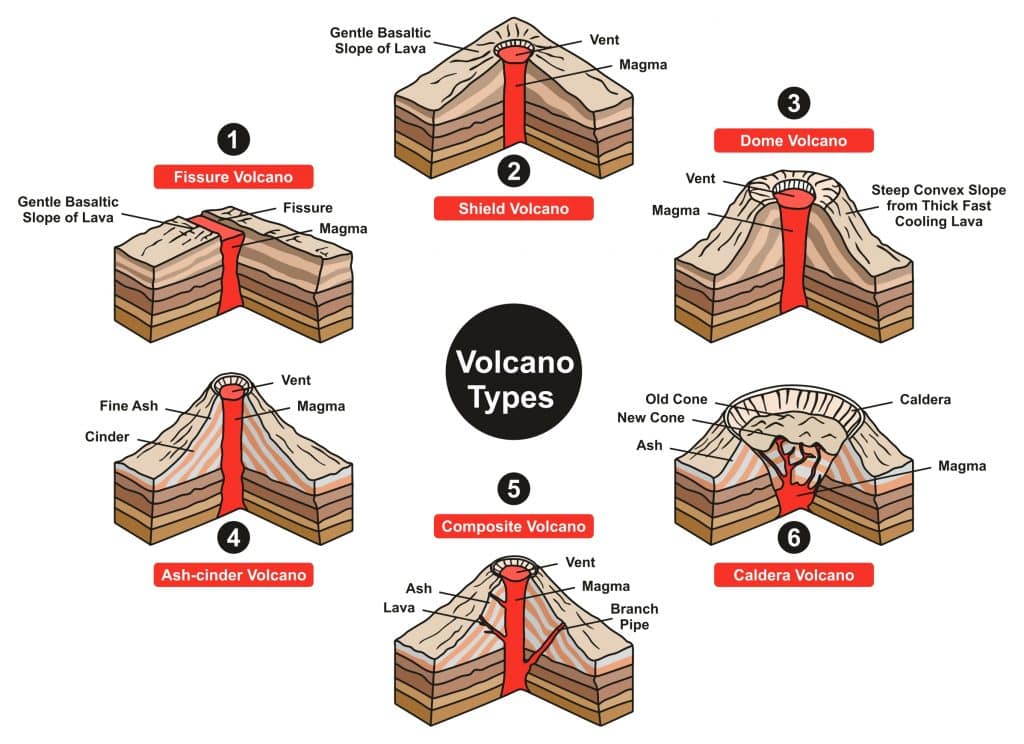 Volcanic eruptions have the ability to create many different types of landforms and come in many shapes and sizes.  Landforms that form from lava and ash include shield volcanoes, cinder cone volcanoes, composite volcanoes, lava plateaus, and calderas.  A shield volcano occurs when lava flows out and gradually builds a wide, sloping mountain.  It has a wide base and a flat top.  Shield volcanoes are very large, and their eruptions are nonexplosive.  A cinder cone volcano is the smallest and most common volcano found.  When lava has high viscosity, it produces ash, cinders, and bombs, which all build up around the vent in a steep, cone-shaped hill or small mountain.  A composite volcano, or a stratovolcano, is a tall, cone-shaped mountain in which layers of lava alternate with layers of ash.  They typically have a large crater at the top.  A lava plateau is a high, level area that has been built up over time from lava seeping out of several cracks then traveling a distance before cooling and solidifying.  A caldera is a huge hole that is left by the collapse of a volcanic mountain. 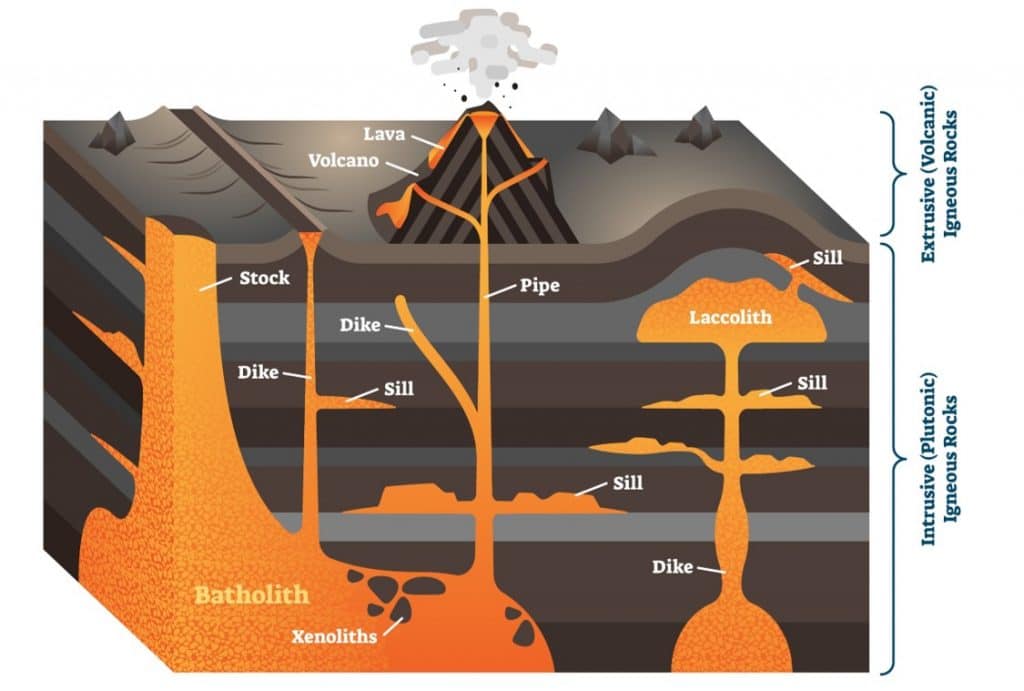 Landforms that form from magma include volcanic necks, dikes, sills, batholiths, and dome mountains.  A volcanic neck forms when magma hardens in a volcano’s pipe.  Softer rock around the pipe wears away, which exposes hard rock.  Dikes form when magma forces itself across rock layers and hardens.  Sills form when magma squeezes between horizontal layers of rock.  Batholiths are masses of rocks formed when a large body of magma cools inside the crust.  A dome mountain forms when an uplift pushes a batholith or smaller body of hardened magma toward the surface.

When water is heated by magma, it can provide an energy source called geothermal energy, which can heat homes and make electricity.  Geothermal activity occurs when magma, a few kilometers beneath Earth’s surface, heats underground water and can form hot springs or geysers.  Hot springs form when groundwater is heated by a nearby body of magma or hot rock and eventually rises to the surface to collect in a natural pool.  A geyser is a fountain of water and steam that erupts from the ground when buildup of pressure is released.