Section 1: The Work of Gregor Mendel 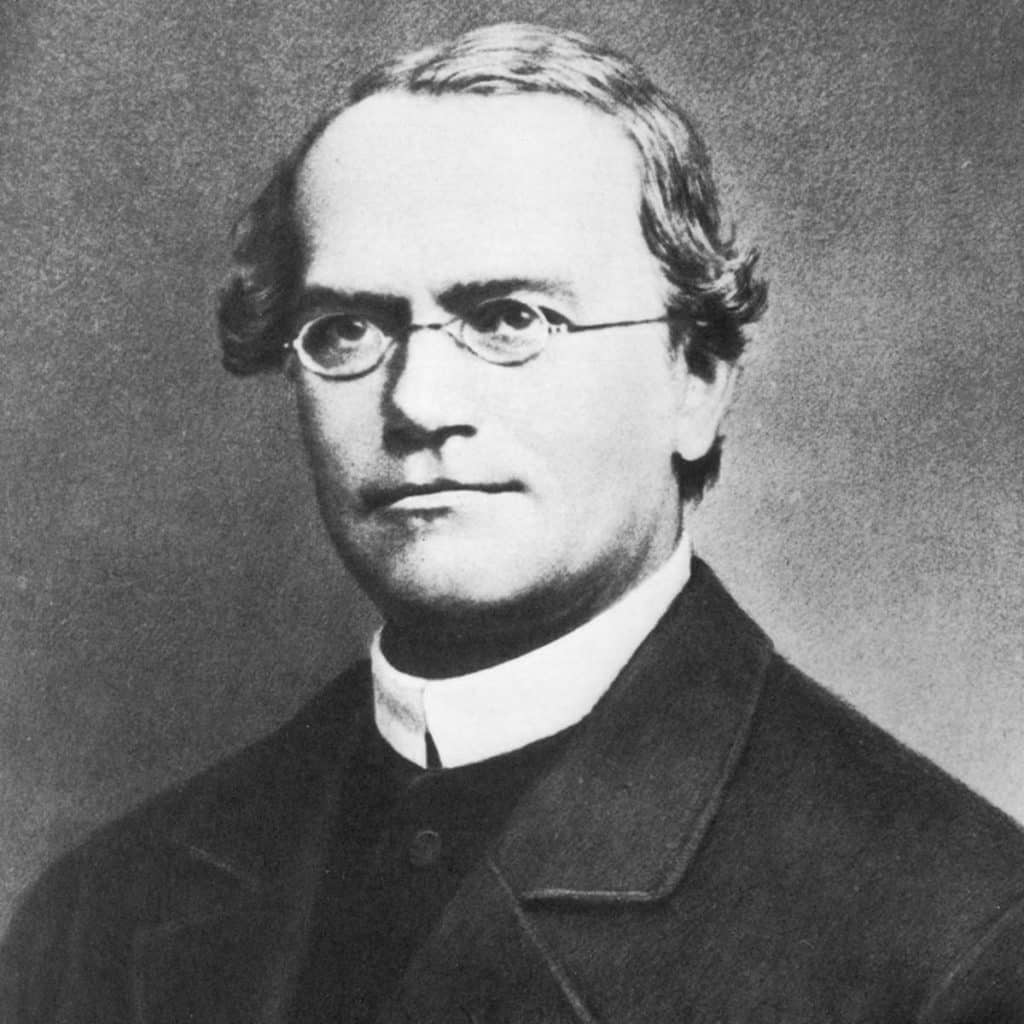 Gregor Mendel, an Austrian monk, is considered the “father of genetics.” His extensive study of garden peas led him to many important conclusions about genetics, which is the scientific study of heredity.  Heredity is the passing of characteristics from parents to offspring.  Those specific characteristics are called traits.

Mendel used pea plants to study how traits are passed from one generation to the next.  He chose pea plants because they grow quickly and have traits that are easily identifiable by size, shape, and color.  When he began his experiments, he knew garden peas produce male and female sex cells called gametes. He also knew that fertilization occurs when the male and female reproductive cells join and form a zygote.  The zygote becomes part of the seed.  Mendel used true-breeding plants, meaning if they were allowed to self-pollinate, they would produce offspring identical to themselves.  The true-breeding plants are called the P generation for the parent generation, and the hybrid offspring are called the F generation.  The F2 generation is made up of the offspring of the F1 generation. 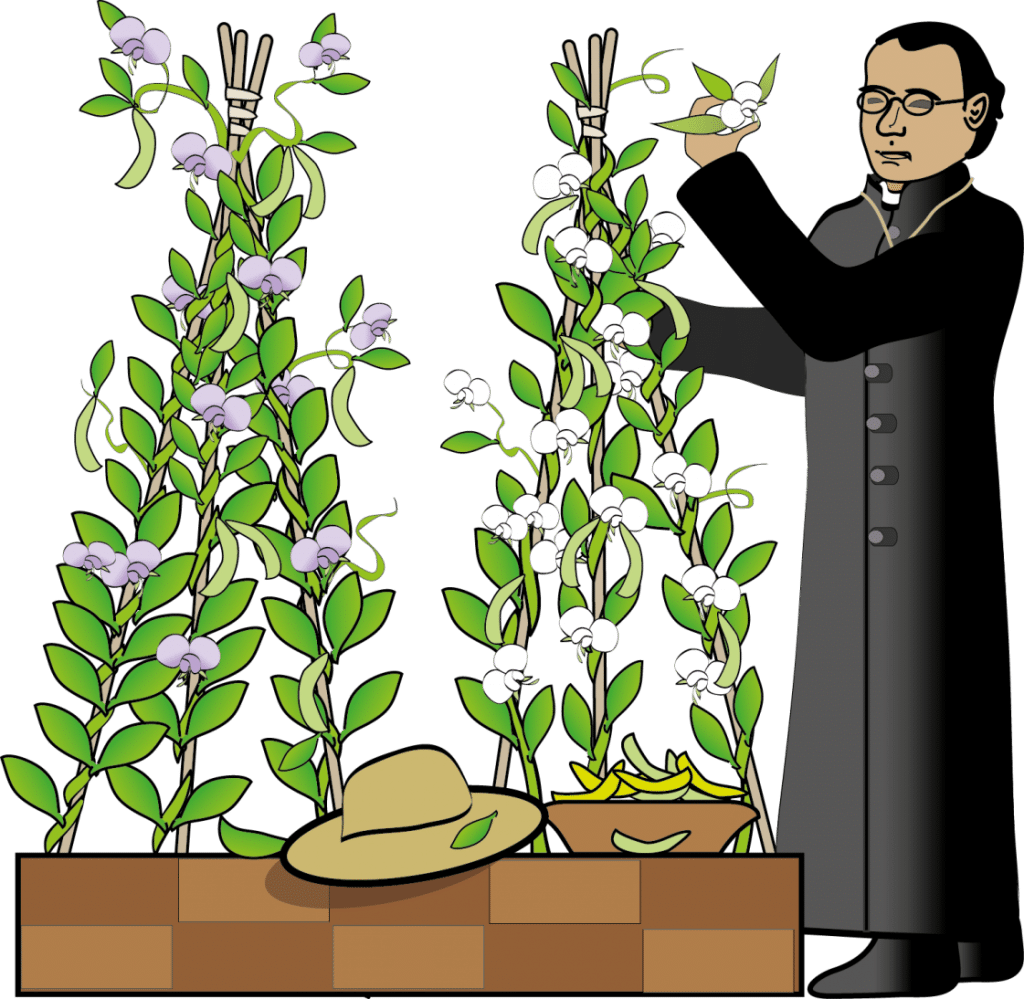 Cross-pollination is a technique that was used by Mendel to control pollination.  To do this he would remove the stamens from a flower with a trait he was studying.  He would then transfer the pollen from the stamens to the pistil of another flower.  By manually cross-pollinating plants, Mendel was able to record traits of offspring, which then allowed him to predict which crosses would produce which traits.

Mendel studied seven traits of pea plants, but only studied one trait at a time.  To see how height was passed from parent to offspring, he took pollen from a true-breeding tall pea plant and cross-pollinated it with a true-breeding short pea plant.  The offspring of the parents of the different forms of a trait are called hybrids.  Since only one trait was different, the offspring is called a monohybrid.

When Mendel crossed two plants that were hybrid for stem height (Tt), seventy-five percent of the first generation had tall stems and twenty-five percent of the plants had short stems.  Mendel repeated this cross several times and realized that, by using the principles of probability, a hybrid cross of tall plants would have a 3 in 4 chance of producing a tall plant and a 1 in 4 chance of producing a short plant. The gene for the short plants was masked by the gene for tall plants, revealing that the gene for short plants did not disappear entirely. 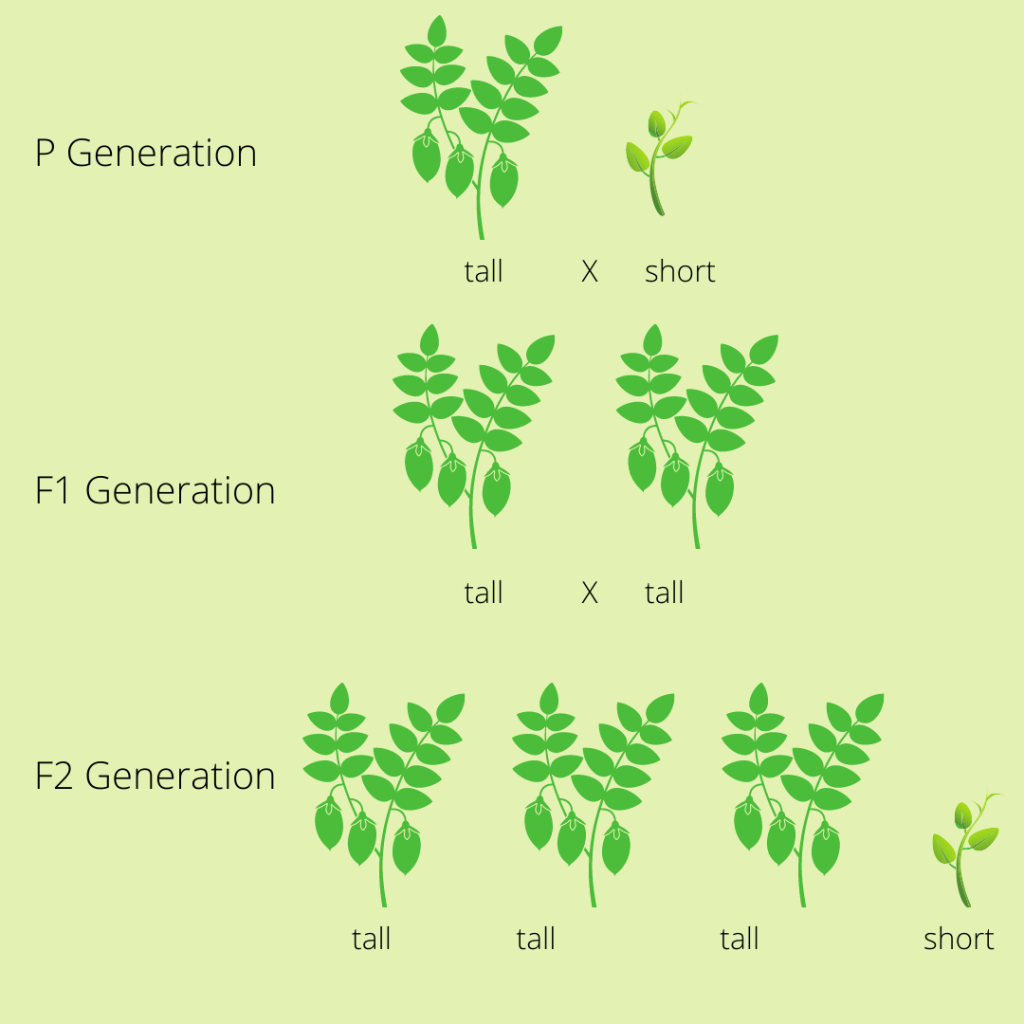