Mendel’s questions about heredity led him to two important conclusions, which today form the basis for modern genetics.  First, Mendel determined that biological inheritance is determined by factors that are passed from one generation to the next.  The factors that determine traits are called genes.  Different forms of genes, such as genes for color, can either produce genes for one color or genes for another color.  Alternative versions of genes are called alleles.  Secondly, he concluded that for each trait an organism has two alleles of a gene, receiving one from each parent.  They may be the same or they may be different.  An uppercase letter is used to represent dominant alleles and a lowercase letter represents the recessive allele.

Traits are inherited by offspring from their parents.  The traits that we observe are called the trait’s phenotype.  The two alleles (one from each parent) that control the phenotype of the trait are called the trait’s genotype.  Although we can’t see an organism’s genotype, we can make inferences about a genotype based on its phenotype.  An organism is homozygous for a trait if the two alleles for the trait are the same.  Two uppercase letters (TT) indicate that a trait is homozygous dominant, and two lower case letters (tt) indicate that a trait is homozygous recessive.  An organism is heterozygous for a trait if its two letters for the trait are different (Tt). 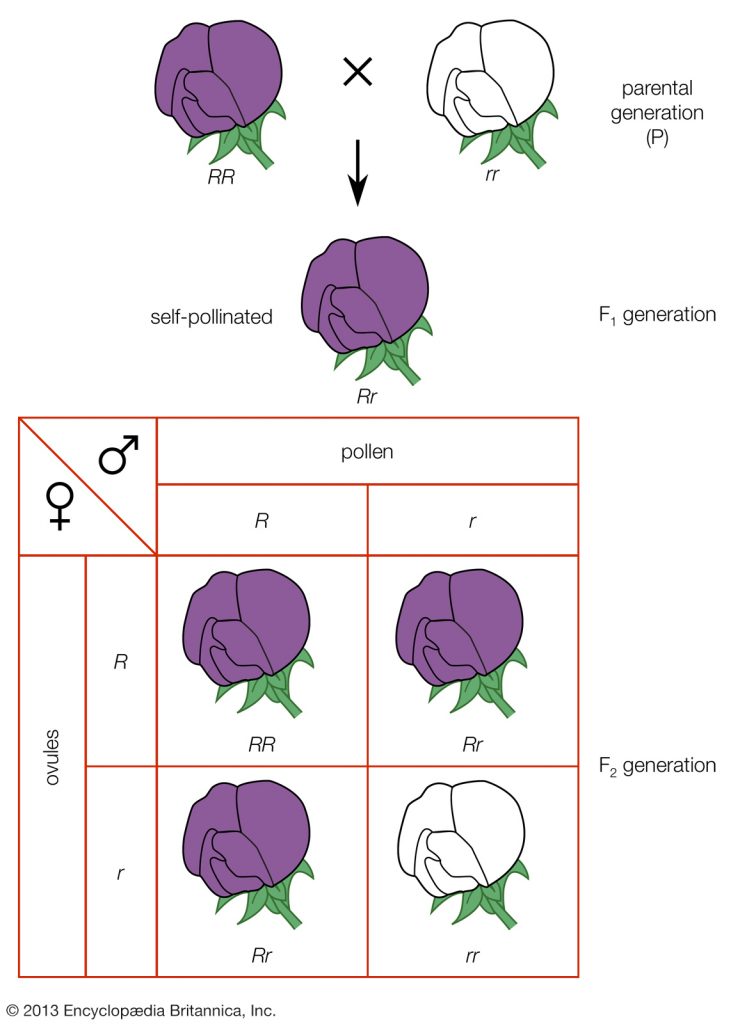 Mendel developed the law of segregation, which states that every organism has two alleles of each gene and when gametes are produced, the alleles separate.

The law of independent assortment states that genes for different traits are inherited independently of each other.  In a dihybrid cross (two traits) you can see both of Mendel’s laws at work.