Meiosis is the process in which the number of chromosomes in each cell is cut in half through the separation of homologous chromosomes in a haploid cell. This means this cell contains only one of each kind of chromosome.  A diploid cell has two of each kind of chromosome.  In animals, meiosis occurs in the sex organs, the testes in the male and the ovaries in the female.  Whereas mitosis results in the production of two genetically identical diploids cells, meiosis is a type of cell division that produces four genetically different cells, each with half the number of chromosomes as the parent cells.  There are two distinct divisions: Meiosis I and Meiosis II.

Right before Meiosis I begins, the cell undergoes replication during interphase (a stage of Mitosis).  The cell then begins to divide, and the chromosomes pair up.  Next the chromosomes line up across the center of the cell.  Then spindle fibers pull each chromosome toward opposite ends of the cell.  When the separated chromosomes cluster at the end of the cell, a nuclear membrane forms and cytokinesis occurs, which results in the formation of two new cells. 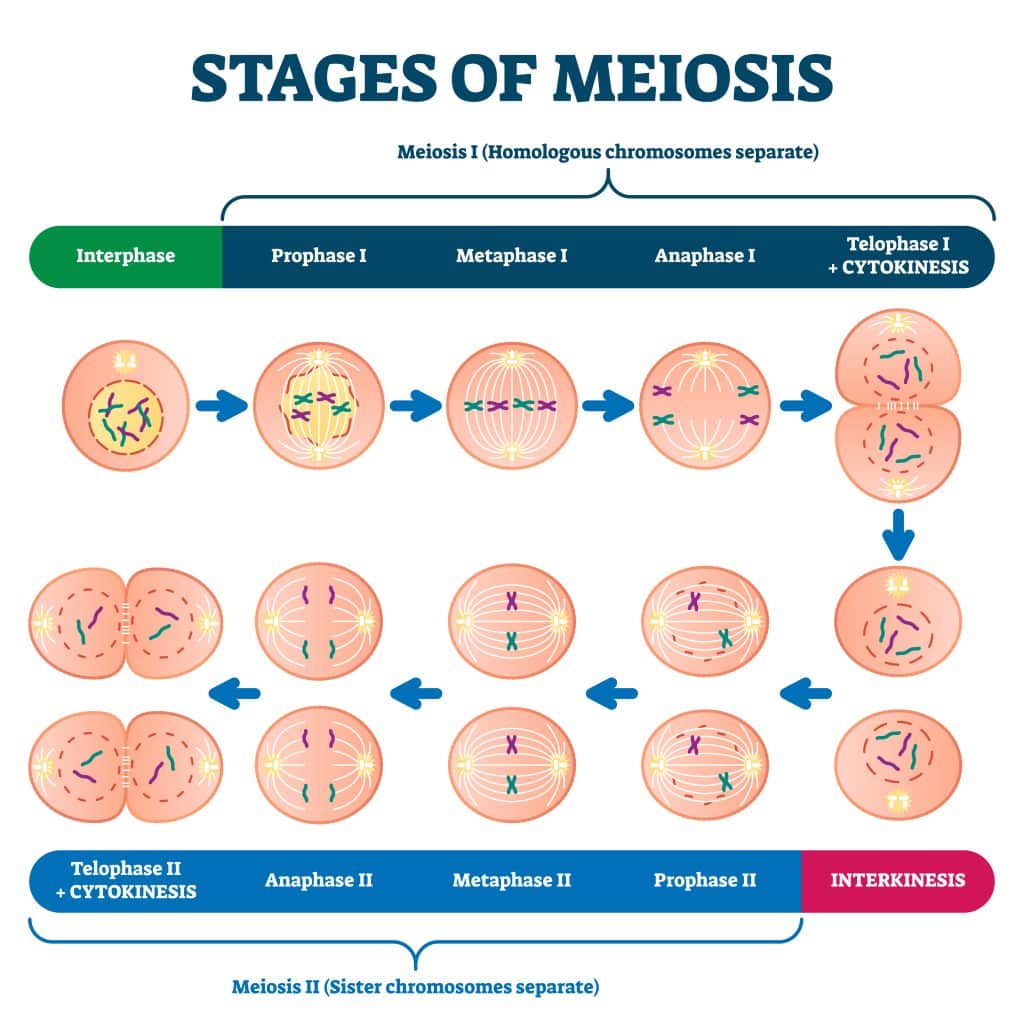 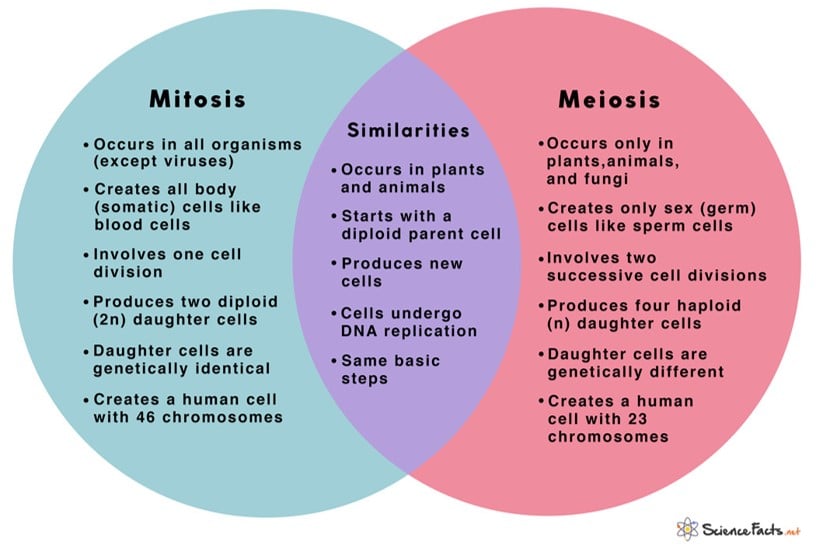