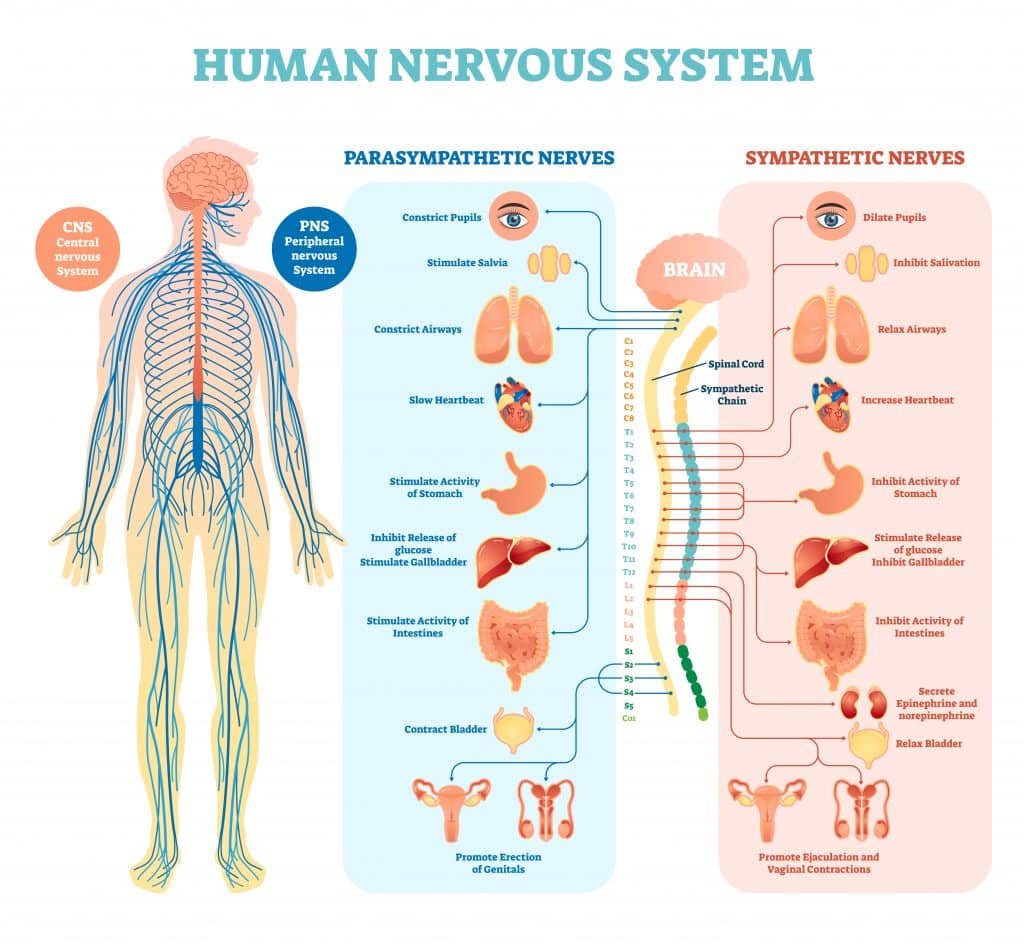 Human brains are like a complex communication network.  The brain is a system of nerves that sends and receives electrical signals all throughout the body.   The nervous system’s two main organs, the brain and the spinal cord, both play a vital role in the body’s ability to collect information, process that information, and respond to it. 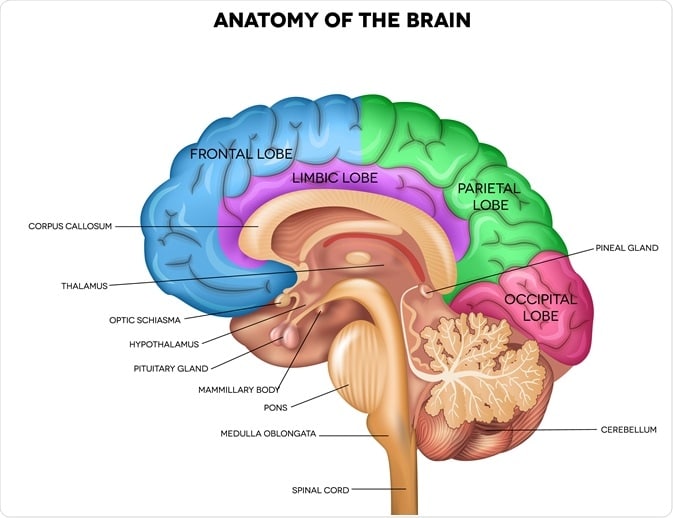 The control center of the nervous system is the brain.  The brain, located in the skull, is comprised of three main regions.  The cerebrum is the largest part of the brain, and it sits on top of the brain stem.  It controls movement, the senses, speech, and abstract thought.  This section of brain is divided into two hemispheres.  Each hemisphere controls different skills or ways of thinking.  The right hemisphere of the brain is referred to as the analog brain.  It controls three-dimensional sense, creativity, and artistic senses, processing information from the “big picture” first and then looking at the details. The left brain is sometimes referred to as the digital brain since it controls logical thinking, reading, and writing and processing information in an analytical and sequential way.  The outer layer of the cerebrum is called the cerebral cortex, which controls body movements and processes information from the sense organs.

The cerebellum is the second largest region of the brain and is found under the cerebrum and next to the brain stem.  It coordinates the action of muscles and helps maintain balance.  Hand-eye coordination develops here, giving the cerebellum an important role in decision making.  The brain stem is the smallest of the three parts and is found underneath the cerebrum.  It connects the brain and the spinal cord.  It filters data to and from other parts of the brain and controls involuntary actions like breathing and heart rate.

The sensory receptors in our bodies allow us to detect or sense the physical aspects of our environment.  Our senses include stimuli both inside and outside of the body.  Vision, or sight, is our ability to see light.  Light enters our eyes and stimulates the rods and cones, which are cells found in the retina.  They send impulses to the optic nerve, and the brain then interprets the image we see.  Hearing is our ability to sense sound.  Ears pick up sound waves caused by vibrations that the brain interprets.  Taste and smell work closely together as both have sensory neurons that sense chemicals.  The chemicals trigger responses in receptors in the nose and mouth.  Taste is controlled by nerve cells on the tongue, whereas sensory neurons found in the nose detect numerous smells.  Touch is the body’s ability to sense pain, pressure, or temperature.   Sensory receptors pick up changes in these and send impulses to the brain or spinal cord.