Scientists draw upon inferences, which are logical interpretations based on prior knowledge, experience, and collected data.  This can lead to a hypothesis or a guess for observations that can be tested. 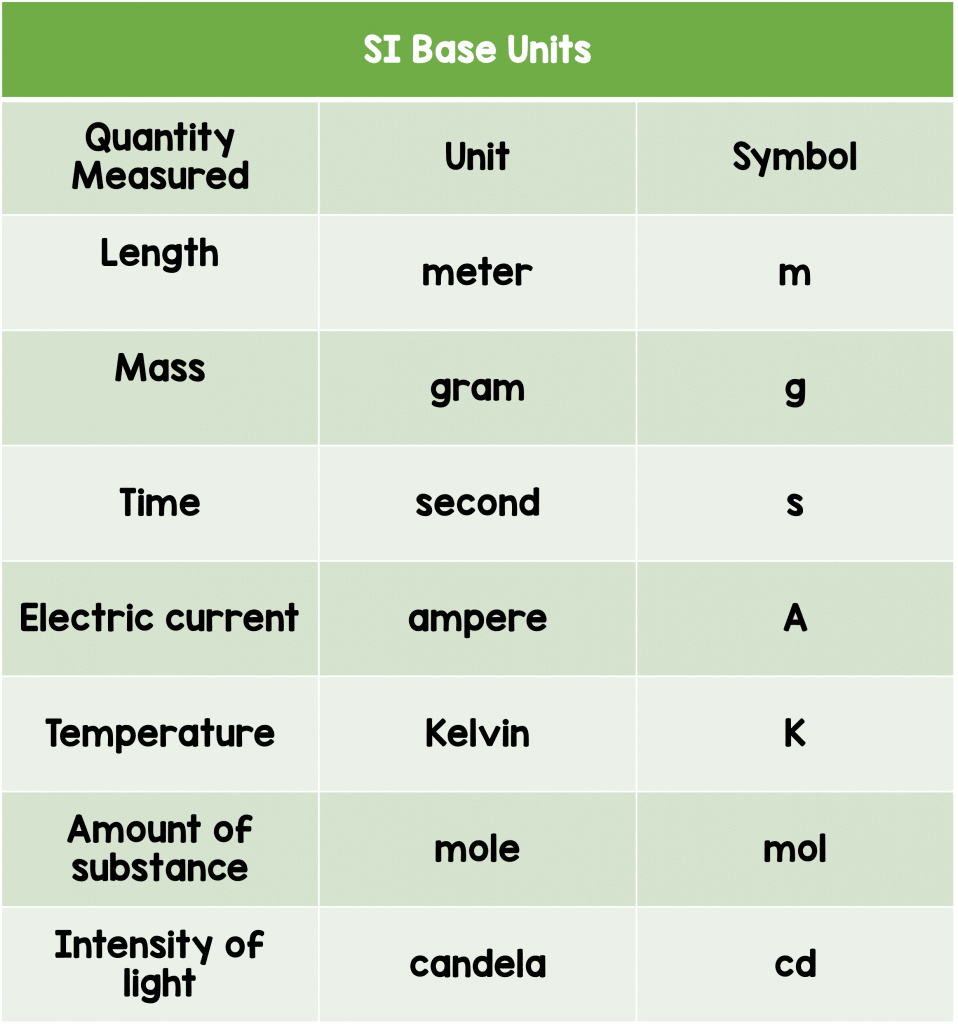 The standard system of measurement used by scientists around the world is known as the International System of Units (SI).  SI units are easy to use because this metric system is a decimal system of units based on a scale of multiples of ten.  Each unit is ten times larger than the next smallest unit and one-tenth the size of the next largest unit.