Maps are extremely useful in our world.  Maps show us what places look like, where they’re located, and the distance it takes to travel from location to location.  A map is a flat model of all or part of Earth’s surface as seen from above.  A globe is a sphere that represents Earth’s entire surface.  Maps and globes are drawn to scale and use symbols to represent topography or other features on Earth’s surface.  The scale relates the distance on a map to a distance on Earth’s surface.  Maps often have scale bars on them that show how many miles per inch, which then allows you to measure distance.

Maps contain a lot of information in a relatively small amount of space.  Symbols are used by mapmakers to stand for features on Earth’s surface.  They can stand for a physical feature or a man-made feature.  Symbols can be shapes or pictures.  A key is often used to explain the meaning of each symbol on a map. 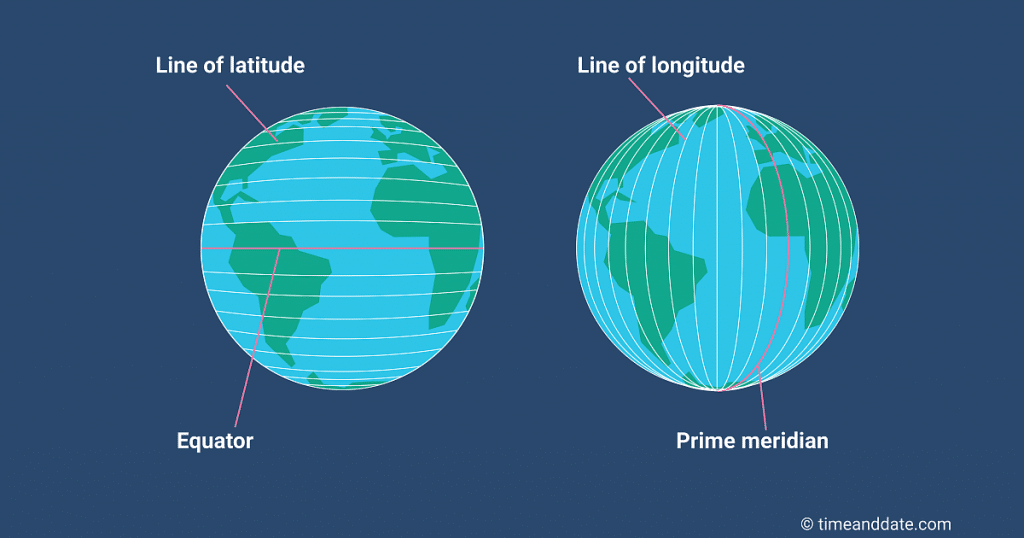 Grid lines on maps and globes often use curving lines because the Earth is a sphere.  The baselines for measuring distance on Earth are the equator and the prime meridian.  The equator is an imaginary line between the North and South Poles dividing the Earth into Northern and Southern Hemispheres.  The prime meridian is an imaginary line connecting the North and South Poles and dividing Earth into Western and Eastern Hemispheres.

A degree is 1/360 of the way around a circle.  This unit helps scientists locate position on Earth’s surface.  These grid lines found on a map are lines of latitude and longitude.  Latitude is the distance in degrees north or south of the equator.  Longitude is the distance in degrees east and west of the prime meridian.  The location of any point on Earth’s surface can be expressed in terms of latitude and longitude that cross at any particular point. 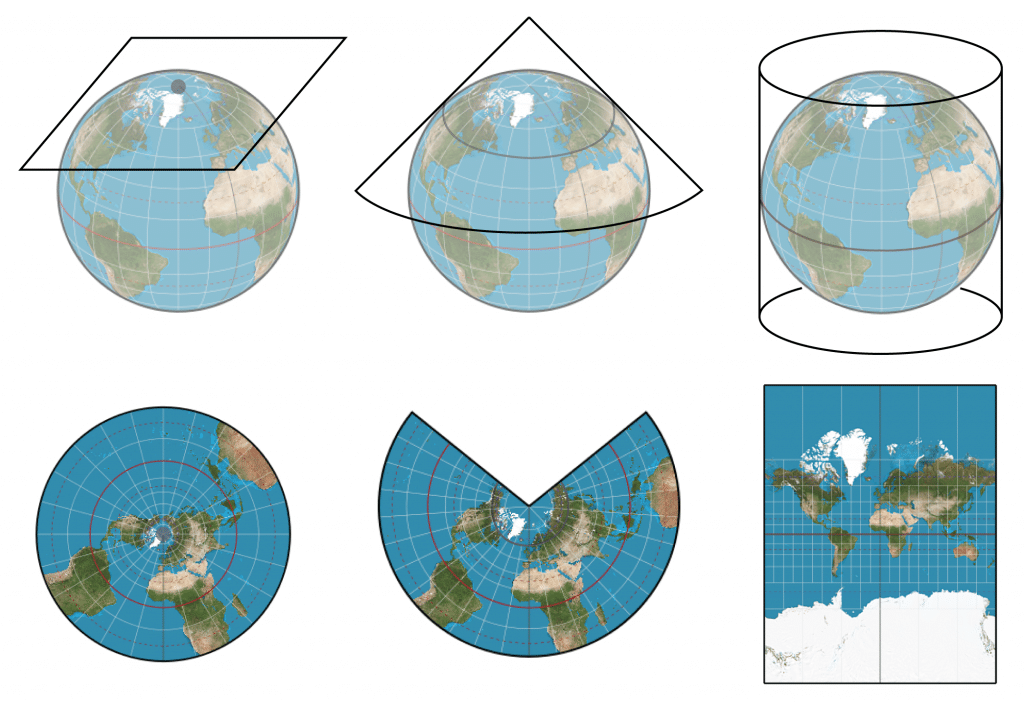 A map projection is how we show the curved Earth on a flat map.  It’s a framework of lines that helps in transferring points on Earth’s three-dimensional surface onto a flat map.  There are three types of projections.  The Mercator projection is where the lines are straight and the land near the poles is distorted.  An equal-area projection distorts shapes around the edges of a map.  A conic projection uses straight lines for the longitude and curved lines for the latitude.