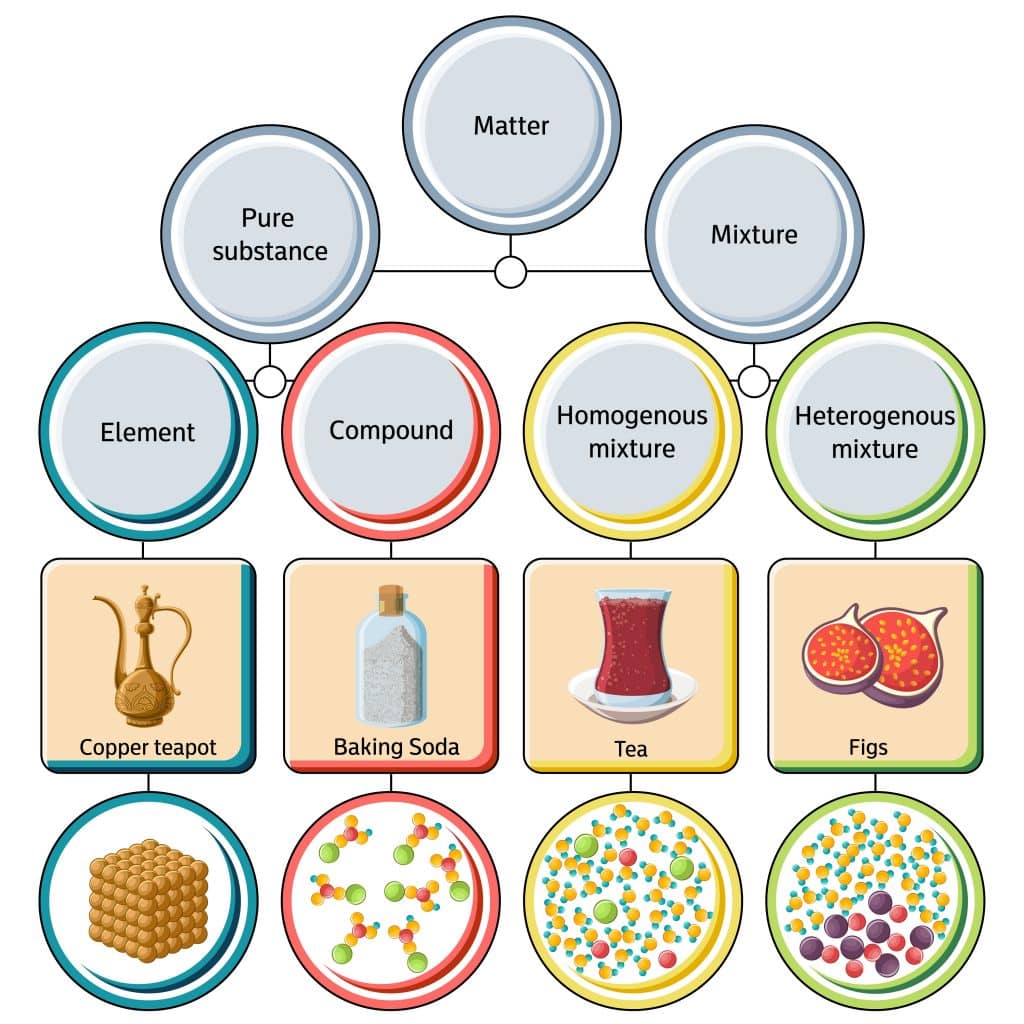 Matter is anything that has mass and takes up space.  Matter can be divided into mixtures and pure substances.  A substance is a type of matter with a fixed composition that cannot be separated by physical means.  These pure substances are either elements or compounds.  An element is a substance made up of atoms with the same identity such as gold, helium, and aluminum.  A compound has atoms of two or more elements combined such as water (H20) and carbon dioxide (CO2).

A mixture is a material that is made up of two or more substances that can be separated by physical means.  Mixtures are characterized in two ways.  A heterogeneous mixture is a mixture in which different materials are easily identifiable and can be separated from each other.  A fruit salad is comprised of several different types of fruit.  A homogeneous mixture is one in which two or more substances are uniformly spread out so that you cannot see one separate from another such as vinegar and saltwater.