All matter has both physical and chemical properties.  Physical properties are those that can be observed without changing the make-up, or identity, of the matter.  For example, if you tear up a piece of paper, it does not change what it is made of.  Similarly, if you crumple up a piece of paper, the make-up is still the same.  However, if you were to set that piece of crumpled paper on fire, you have taken the paper and turned it into ash.  Flammability is a chemical property, which means it’s a property that has the ability to change something into a new kind of matter with different properties.  Physical properties include color, hardness, density, and boiling and melting points.  Chemical properties include flammability, combustibility, acidity, and ability to rust. 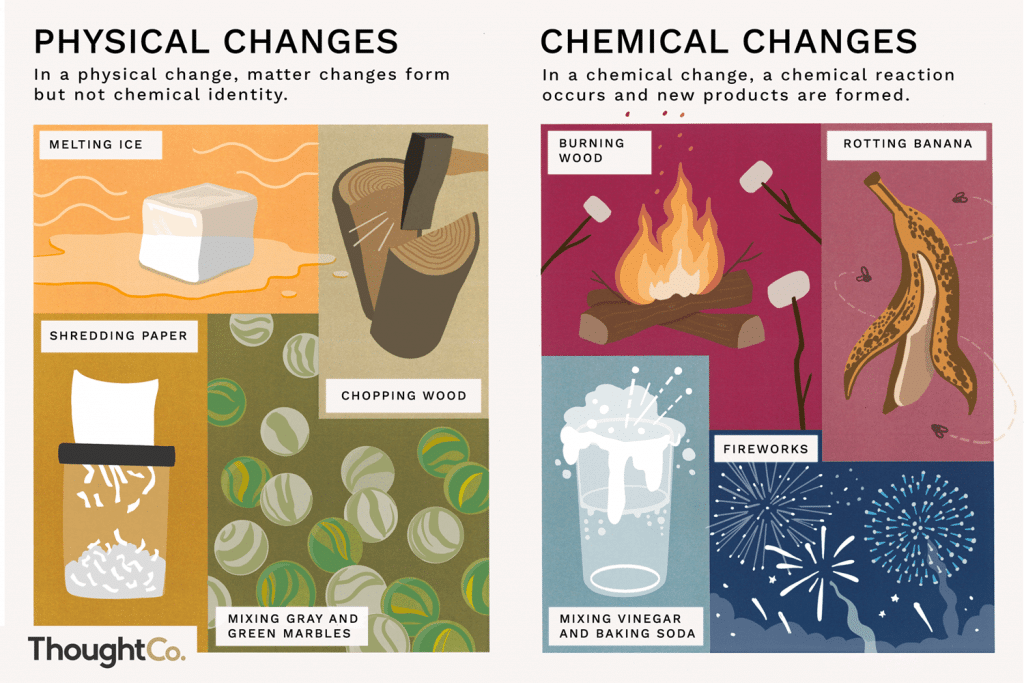