Matter is made up of tiny particles called atoms.  When these atoms come together, they form molecules.  The combination of atoms and molecules in different ways form three types of matter: solids, liquids, and gases.  Kinetic theory explains how particles in matter behave.  All matter is composed of particles; particles are in constant, random motion; and particles collide with each other and the walls of their containers. 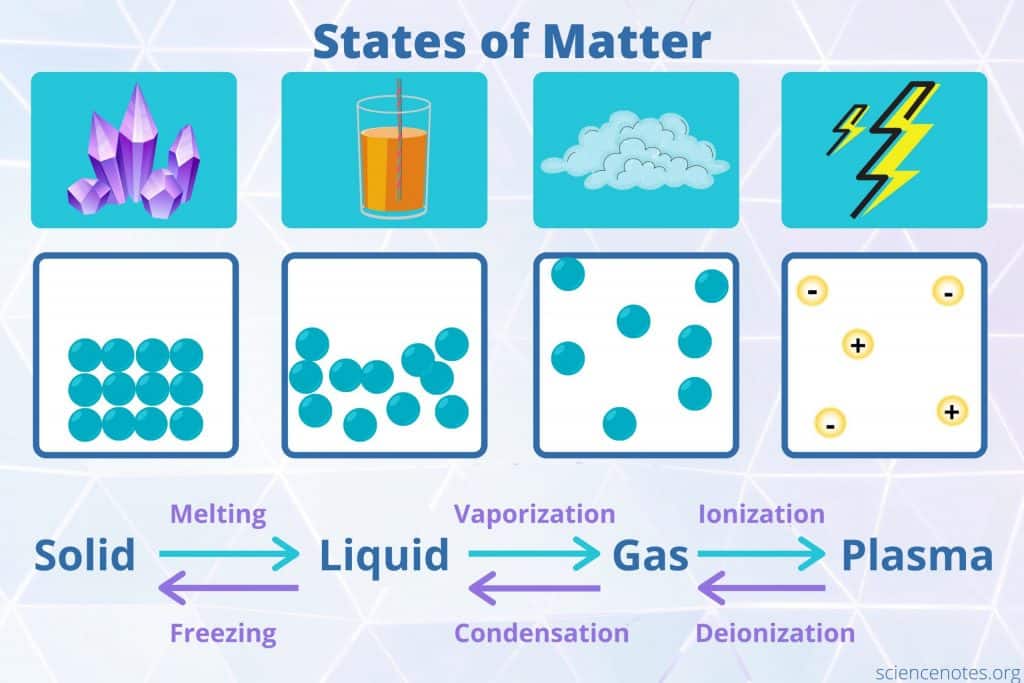 A solid is matter that has a definite shape and definite volume.  In a solid, particles are closely packed together in a geometric arrangement.  Like a solid, a liquid has a definite shape.  However, a liquid will take the shape of the container it is poured into, characterizing its shape as indefinite.  The particles in a liquid have more space and are able to slide past each other.  A gas is a state of matter that has no definite shape or volume.  The particles move fast and are spread out evenly in a container.  Plasma is often considered the fourth state of matter.  Plasma is a high temperature gas with positively and negatively charged particles.

The state of a sample of matter depends on the temperature.  Temperature is related to the average kinetic energy of an object’s atoms or molecules.  Thermal expansion is the tendency of matter to change its shape in response to a change in temperature. A substance will increase in size when the temperature increases and contract when cooled.  The exception to this rule is that water expands when it’s cooled.