Section 5: Changes in States of Matter 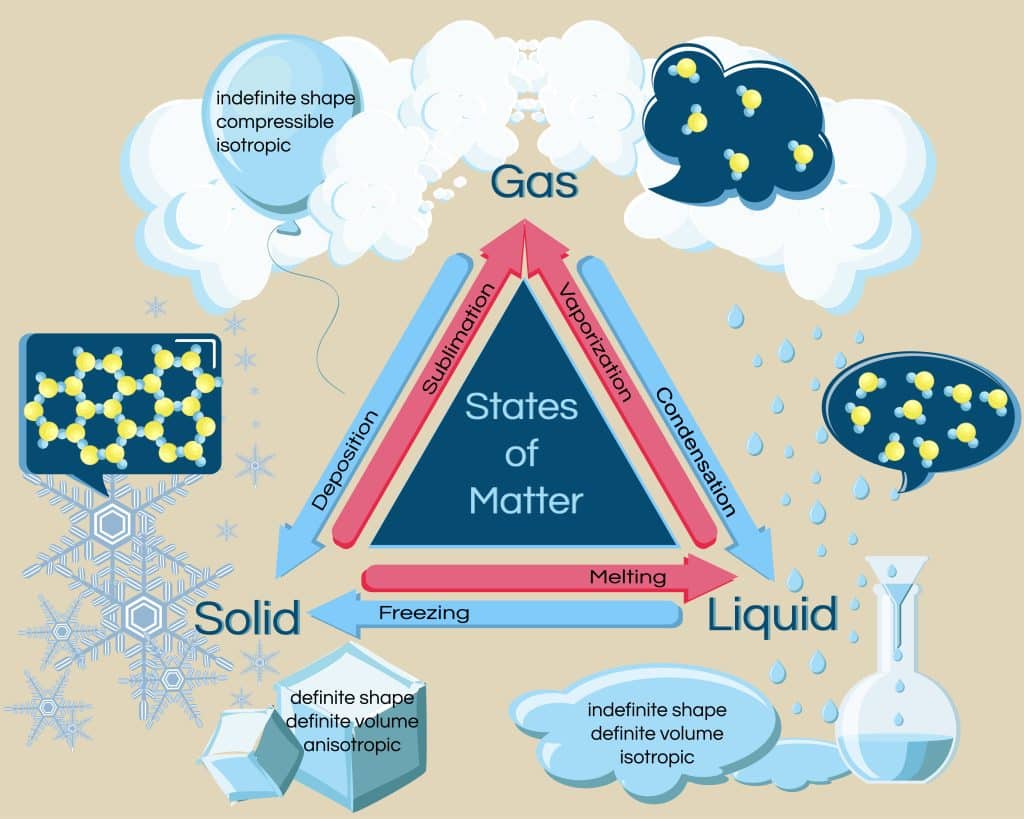 Matter often changes.  When enough heat is added to liquid, it will begin to boil and turn into a gas.  The bubbles are water vapor, and as more heat is added, the bubbles become larger and larger. The boiling point of a liquid is the temperature at which the liquid begins to vaporize.  The added heat gives the molecules in the liquid more kinetic energy.  Vaporization is the change from a liquid state to a gaseous state.  Vaporization can be used to describe both boiling and evaporation.  Evaporation is vaporization that occurs only at the surface of a liquid.  It can occur at temperatures below the liquid’s boiling point.  If you leave a cup of water out on the counter unattended, eventually the water will evaporate.