When you place an object in water, it will either float or sink.  Where the object ends up depends on the weight and buoyant force exerted on it.  Buoyancy is the ability of a fluid, or any gas or liquid that flows, to exert an upward force on an object immersed in it.  This is called the buoyant force.  Buoyancy and pressure are related in that the pressure increases with depth. 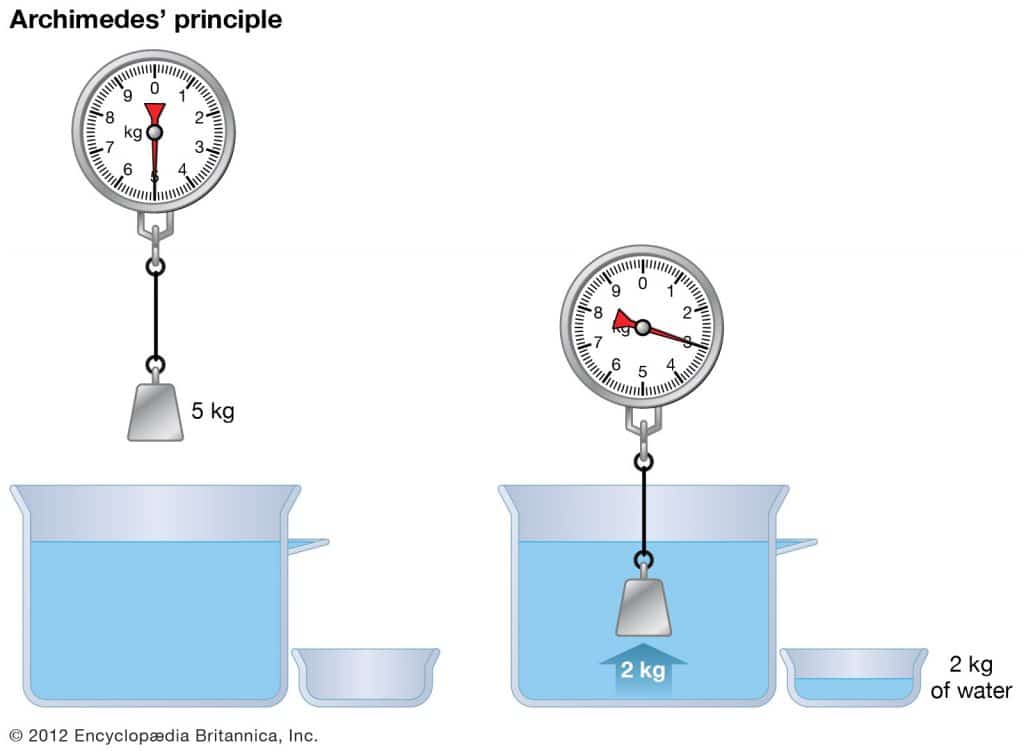 When scientists began studying gases, they found that all gases behaved similarly when certain conditions were changed.  A Greek mathematician named Archimedes discovered that the buoyant force on an object in a fluid is equal to the weight of fluid displaced by the object.  So, if the fluid is equal to the object’s weight, then it floats.  If the buoyant force of the fluid is less than the object’s weight, then the object will sink.  A boat displaces enough water to equal the weight of the boat; therefore, it floats.  This became known as Archimedes’ principle.

When you are underwater, you can feel the pressure, or the force that is exerted, of the water around you.  A French scientist named Blaise Pascal developed Pascal’s principle, which states that the pressure applied to a fluid is transmitted unchanged throughout the fluid.  This can be seen in the squeezing of the end of a tube of toothpaste.  The pressure was transmitted through the fluid toothpaste when squeezed. 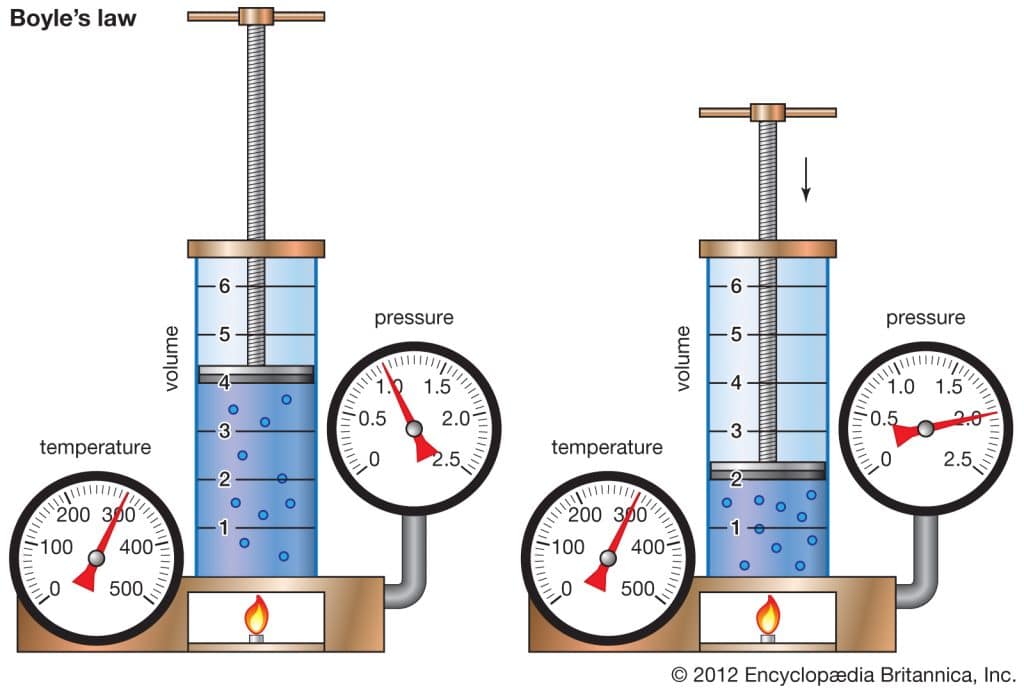 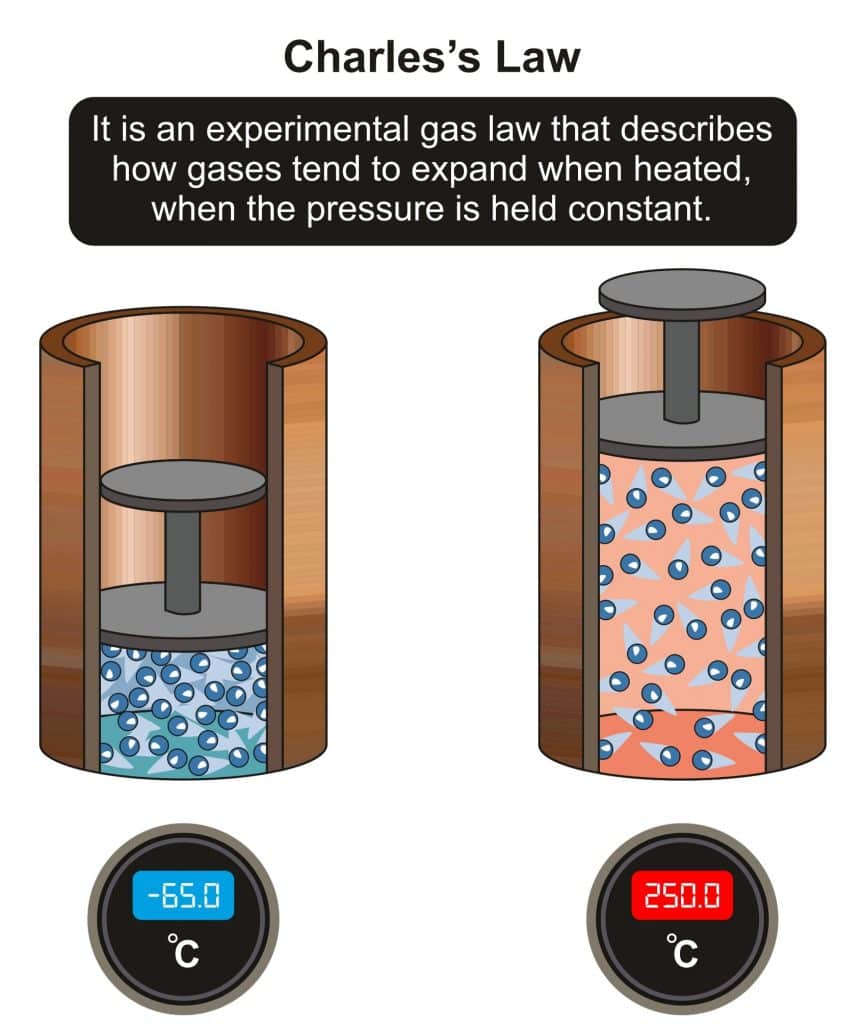 Jacques Charles was also a scientist who observed the properties of gases.  Charles’s law states that as the temperature increases, the volume increases, provided the pressure remains constant.  This can be seen in a hot air balloon.  A hot air balloon rises because as the air inside is heated, the molecules gain energy and move farther apart, increasing the air volume inside the balloon.