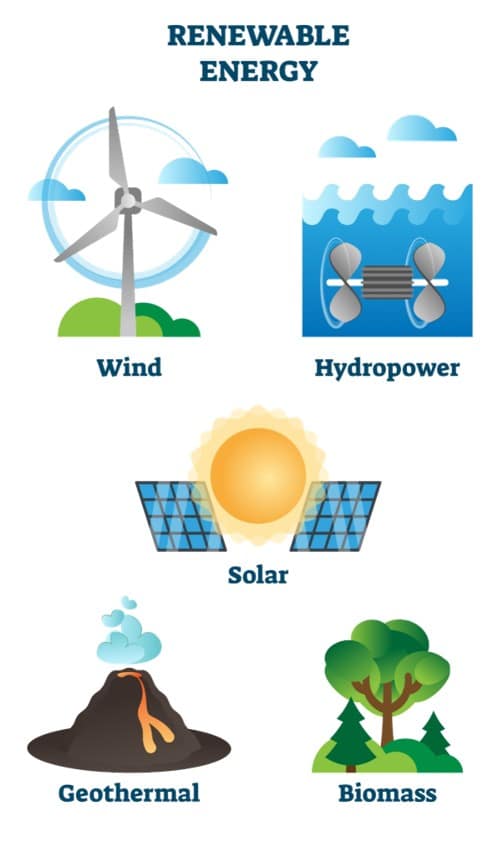 Renewable energy resources come from natural processes that have been happening for billions of years and will continue to occur.  Sun, wind, water, and geothermal energy are considered inexhaustible energy resources since they can never run out.  However, there are advantages and disadvantages to each type of energy source.

Solar energy is the energy we harvest from the sun.  Solar cells actively collect the sun’s energy and convert it to electricity.  South-facing windows act as solar collectors that some people use to warm their homes.  However, solar cells are quite expensive and require a large surface area to collect and produce energy on a large scale.  They are also not useable on cloudy days or at night.

Wind farms use large numbers of windmills to generate electricity.  Wind energy is nonpolluting and relatively inexpensive.  Unfortunately, few regions in the world have strong and steady winds to harness as much as they’d like.  It’s also an unreliable energy source since wind doesn’t always blow.

Biofuels or biomass energy is produced by burning organic matter, such as wood, food scraps, and alcohol.  Burning wood is the most common biomass fuel, but it can cause pollution and disrupt natural habitats when trees are cut down.  Trash-burning power plants can burn garbage to generate electricity, but pollution and toxic ash present a problem.  Corn can be distilled into alcohol, such as ethanol, but this process uses more energy than ethanol produces.