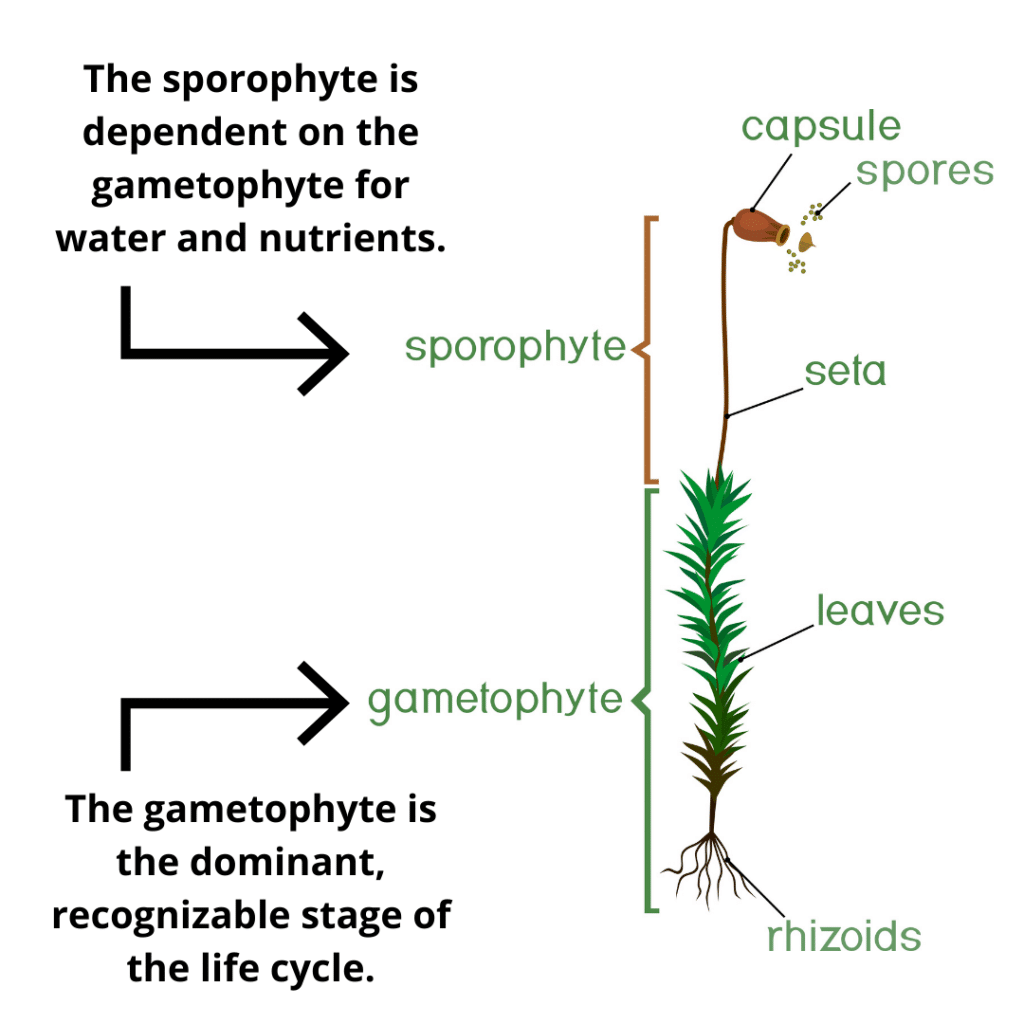 Nonvascular seedless plants, also called bryophytes, have no vascular tissue. They lack the lignin-hardened tissue that offers vascular plants support, so they have no roots, stems, or leaves.  They are small, low-growing plants that live in moist areas where they can absorb water and nutrients directly from the ground.  Nonvascular plants consist of mosses, hornworts, and liverworts. They have a life cycle that consists of two stages.  In stage one, the gametophyte produces male and female sex cells (gametes), which form a zygote.  In stage two, the zygote develops into a sporophyte, and the sporophyte generation grows out of the gametophyte. 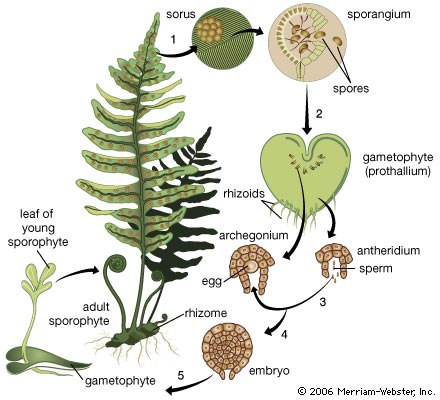 Vascular plants, also called pteridophytes, have lignin-hardened support tissue.  They have stems, roots, and leaves, and they also have the water-conducting cells of vascular tissue along with the vascular tissue specialized for transporting sugar. However, they do not produce seeds when reproducing.  They also have a life cycle divided into two stages.  In stage one, the sporophyte produces spores.  In stage two, the spores develop into small gametophyte plants that produce male and female sex cells (gametes).  The gametes form a zygote, and a new plant develops.

Vascular plants include ferns, clubmosses, and horsetails.   There are over 12,000 species of ferns.  They have leaves called fronds, which are divided into many smaller parts that look like small leaves.  Clubmosses have vascular tissue, unlike true mosses.  They are often found on the forest floor of the Northeastern United States.  Horsetails generally grow in marshy, sandy areas.  Very few species of them are found today.  Their stems contain a gritty substance, called silica, which was used when scrubbing pots and pans back in the day.