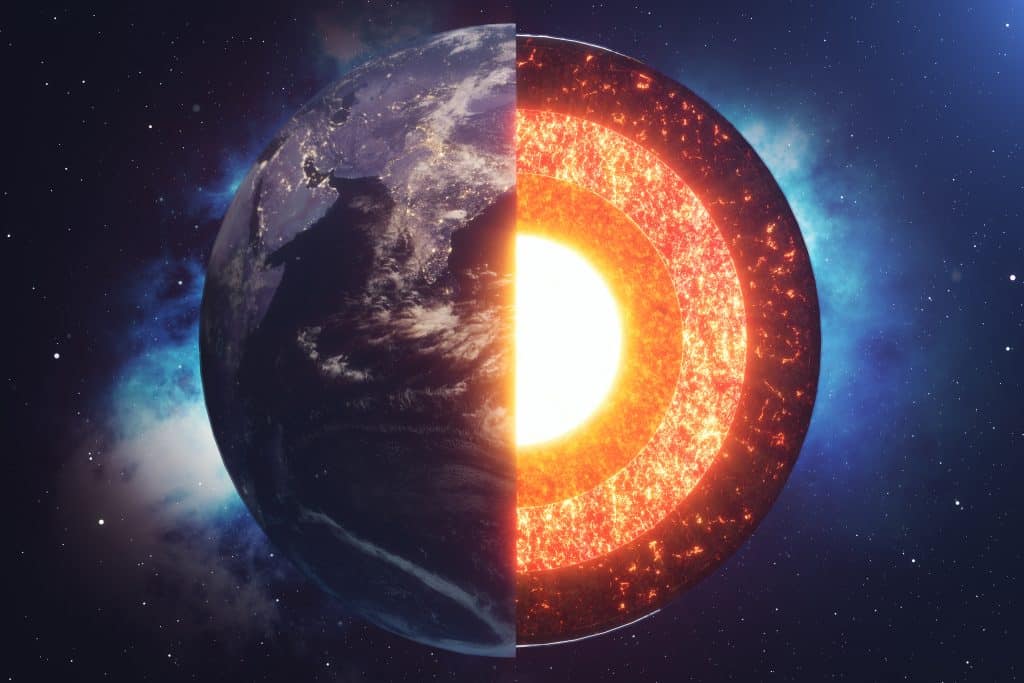 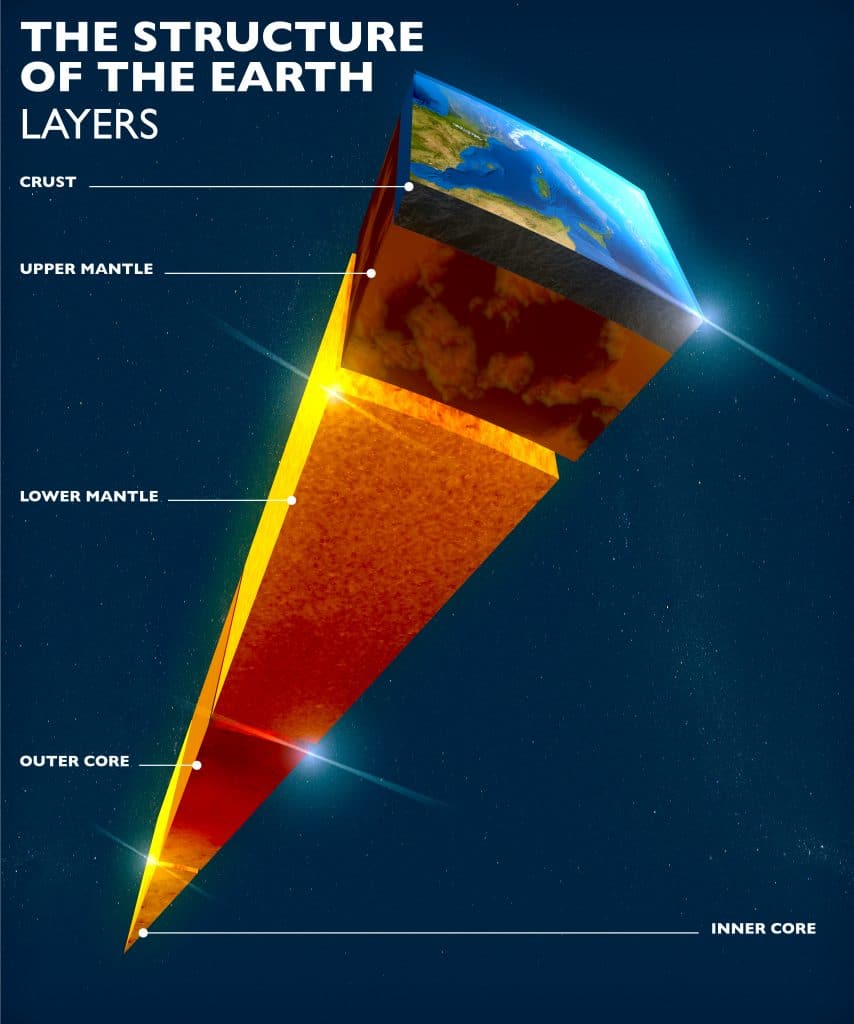 There are three main layers of the Earth that vary greatly in size, composition, temperature, and pressure.  First, the crust is the layer of solid rock that form’s the Earth’s outer “skin.”  It includes both the dry land and the ocean floor.  Oceanic crust consists mostly of rocks such as basalt.  Continental crust, or the crust that forms the continents, consists mostly of granite.

The next layer is the mantle, which played a major role in the shaping of the Earth.  It is a layer of solid, hot rock forty kilometers beneath the surface, and it is divided into layers.  The lithosphere is the uppermost part of the mantle and the crust that forms a ridge layer about 100 kilometers thick.  The asthenosphere is the softest part of the mantle below the lithosphere, which is hotter and under increased pressure.  The lower mantle is made of solid material extending all the way to the Earth’s core.

The final layer is the core, which is made mostly of the metals iron and nickel.  It consists of two parts.  The outer core is the layer of molten metal that surrounds the inner core.  The inner core is a dense ball of solid metal.  Movement of the liquid outer core creates the Earth’s magnetic field.