Section 2: Convection in the Mantle 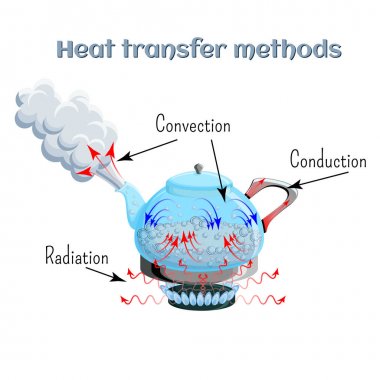 To explain how heat moves from the Earth’s core through the mantle, you need to know how heat is transferred.  There are three types of heat transfer.  Radiation refers to the transfer of energy through space.  There is no direct contact between the heat source and an object.  The sunlight warming Earth’s surface is an example of radiant heat.  Conduction is when heat transfers by direct contact with the particles of matter.  A metal spoon heating up in a pot of hot soup is an example of conduction.  Convection transfers heat by moving heated fluid, including liquids and gases.  Heat transfer by convection is caused by differences in temperature and density within a fluid.  Density is the measure of how much mass there is in a volume of a substance.  For example, when water is heated on a stove, as the water on the bottom gets hot, it expands and becomes less dense when it rises.  When the surface water starts warming up, it becomes less dense and moves to the bottom, causing a convection current or flow that transfers heat. 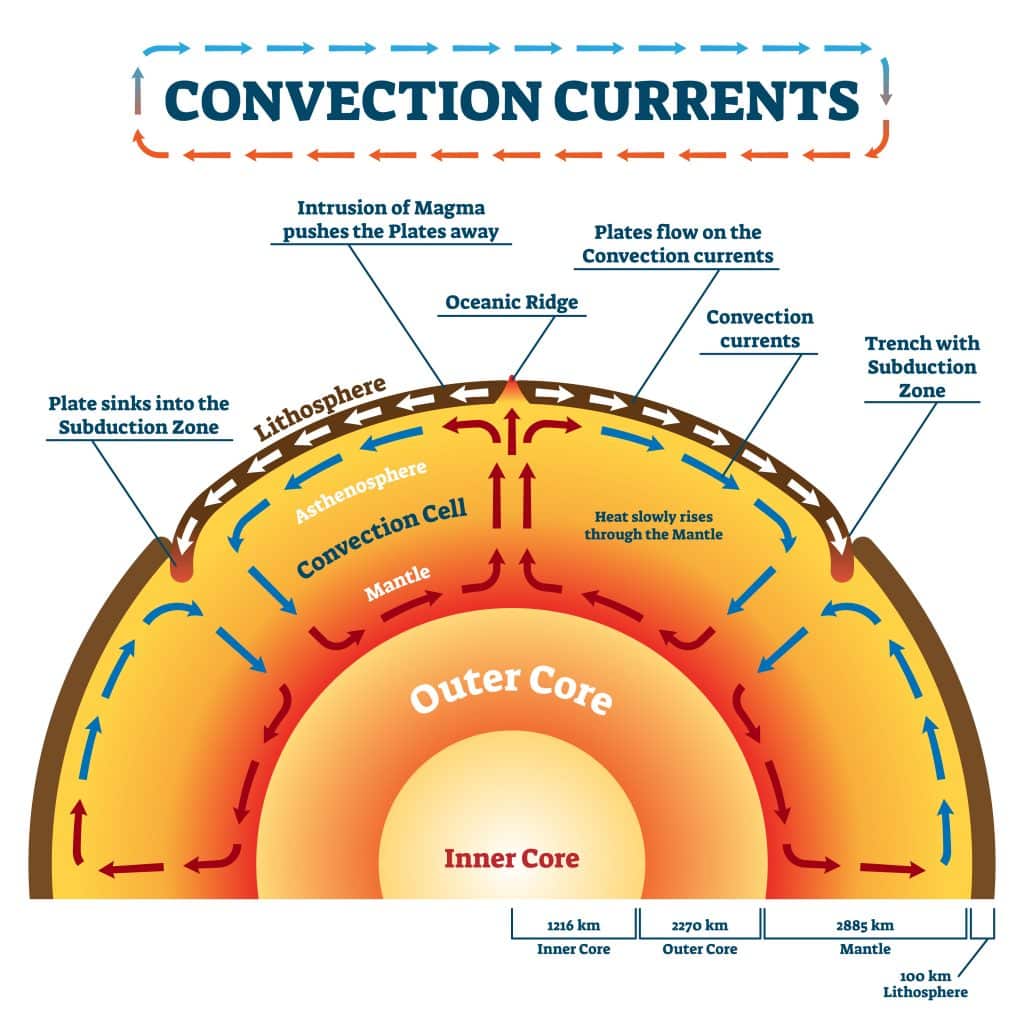 Convection currents flow in the mantle.  The heat source is the Earth’s core and the mantle itself.  These currents have been acting like a conveyor belt moving the lithosphere above for the past four billion years.  The result of the plates moving are earthquakes, volcanic eruptions, and the creation of mountains.