Section 4: The Theory of Plate Tectonics

In 1965, J. Tuzo Wilson, a Canadian scientist, proposed that the lithosphere is broken into separate sections called plates.  Wilson combined information from continental drift, seafloor spreading, and Earth’s plates into a single scientific theory or a well-tested concept that explains a wide range of observations.  The theory of plate tectonics explains the formation, movement, and subduction of Earth’s plates.  Plates float on top of the asthenosphere.  Convection currents rise in the asthenosphere and spread out beneath the lithosphere.  The convection currents cause plates to move, producing changes in Earth’s surface.  Changes in Earth’s surface include volcanoes, mountain ranges, and deep ocean trenches. 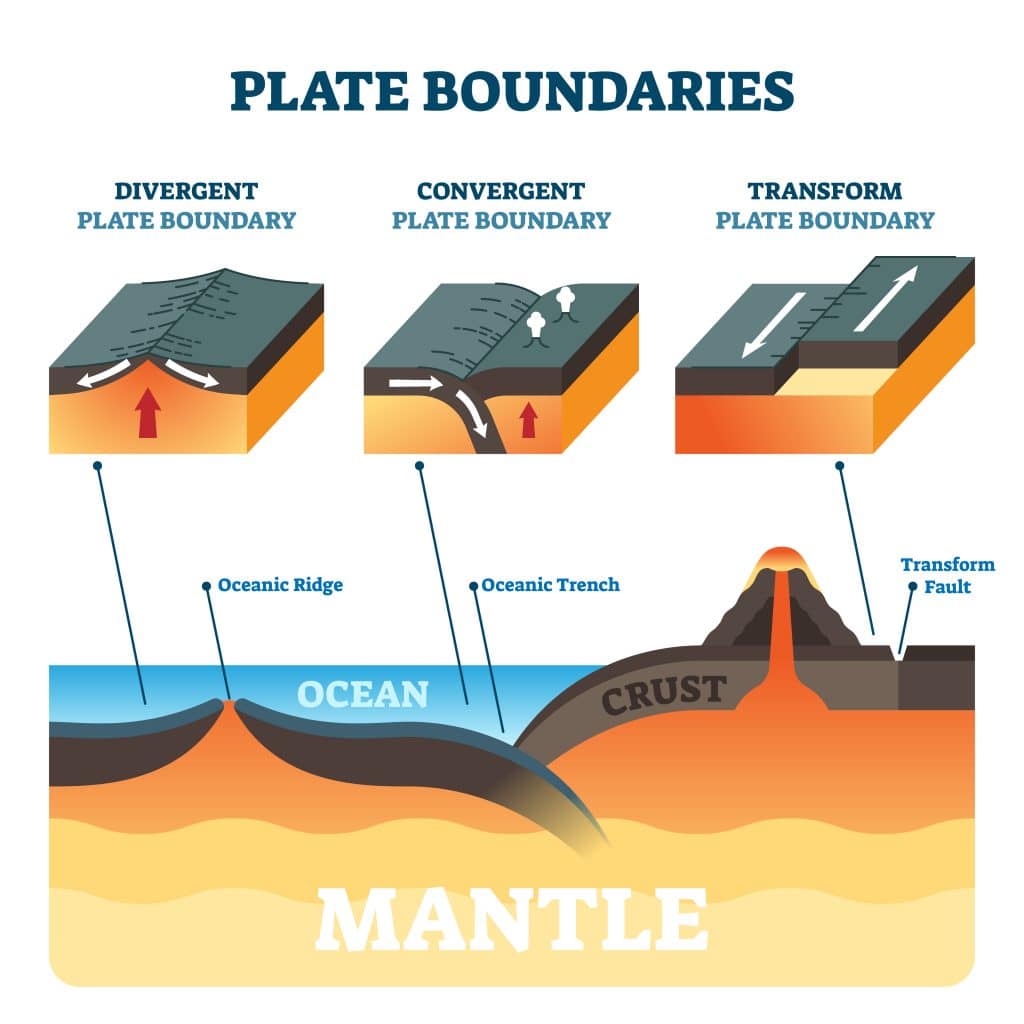 Earth’s tectonic plates are constantly in motion, driven by convection currents in the mantle.  The edges of the plates meet at lines called plate boundaries.  When rocks slip past each other along these boundaries, faults or breaks in the Earth’s crust occur.  There are three types of boundaries: transform, divergent, and convergent.  Transform boundaries, when plates slip past each other, moving in opposite directions, are where earthquakes often occur.  Divergent boundaries are when two plates move apart or diverge, usually happening at the mid-ocean ridge.  A rift valley is created when a deep valley is formed along a divergent boundary that develops on land.  At a convergent boundary, two plates come together or converge, causing a collision.  When two plates of oceanic crust collide, or when an oceanic plate collides with a continental plate, one plate is subducted beneath the other, forming a trench.  When two continental plates collide, they form mountains.