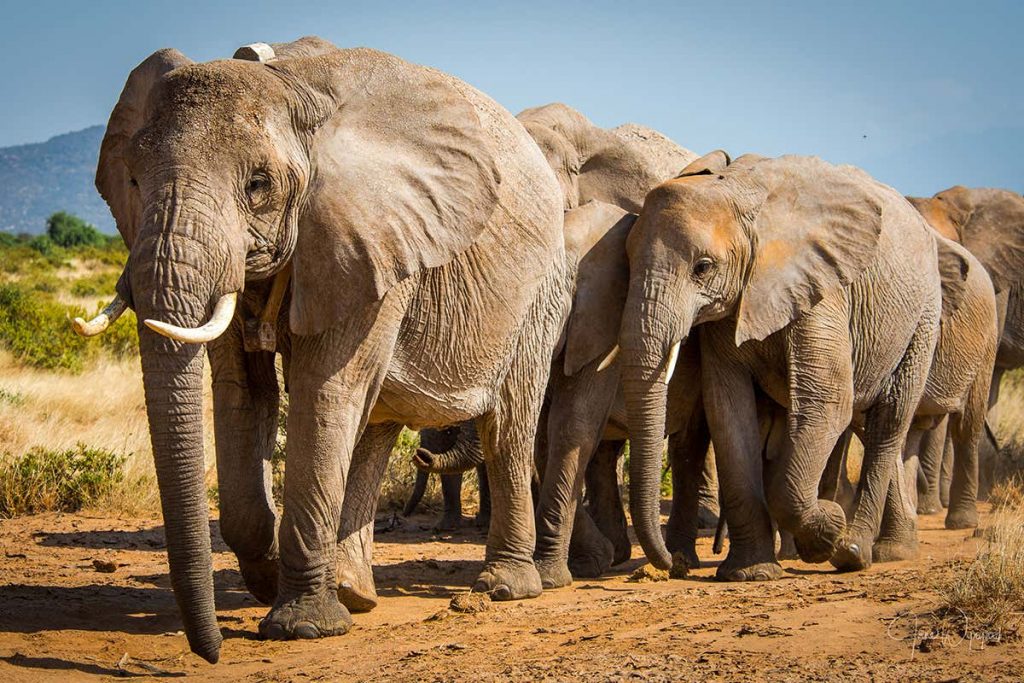 Ecologists study populations, or groups of organisms of the same species that live in the same area, to better understand the dynamics and relationships between them.  African elephants are an example of a population.  Ecologists study where and how they live, how their environment affects them, how they interact with each other, and how they grow and reproduce.  They also look at the size of the population or the population density, which is the number of individuals per unit area.  When it comes to counting individuals of a very large population, ecologists count the number of organisms in a small sample.  This sampling method gives an estimation or approximation of a number.  Finally, they look at how they’re spread out within the population: randomly, uniformly, or concentrated.

Some populations do not change over time, while others change more frequently.  If a population has abundant space and food, and is protected from predators and disease, the population will grow exponentially.  Exponential growth occurs when individuals of a population reproduce at a constant rate.  The larger a population, the faster it grows.  Logistic growth follows a period of exponential growth and occurs as resources become less available, which causes the population growth rate to slow or stop.  The carrying capacity is the number of organisms of one species that can be supported in an environment.  There must be adequate resources such as food, shelter, and space in order to support them.

There are two types of limiting factors that control the growth of a population: density-dependent factors and density-independent factors.   Density-dependent factors include competition, predation, and parasitism, and disease.  Organisms must compete for food, water, space, sunlight, and other essentials in order to survive.  For example, when a population of bears is small, there is enough food for all.  However, when the population gets bigger, a limited amount of food may lead to competition among the bears.  As a result of competition, some bears will die or not reproduce, which would then cause a decrease in the population.  Populations can also be controlled by predator-prey relationships.  When predators eat prey, they decrease the prey population, and subsequently increase their own.  Both disease and spreading of parasites rob organisms of nourishment and can result in death of a population.

Density-independent factors include unusual weather, volcanic eruption, fires, and floods.  These factors can affect the population of plants and animals regardless of the population size.  Human activities such as clear-cutting forests and damming rivers can destroy populations. 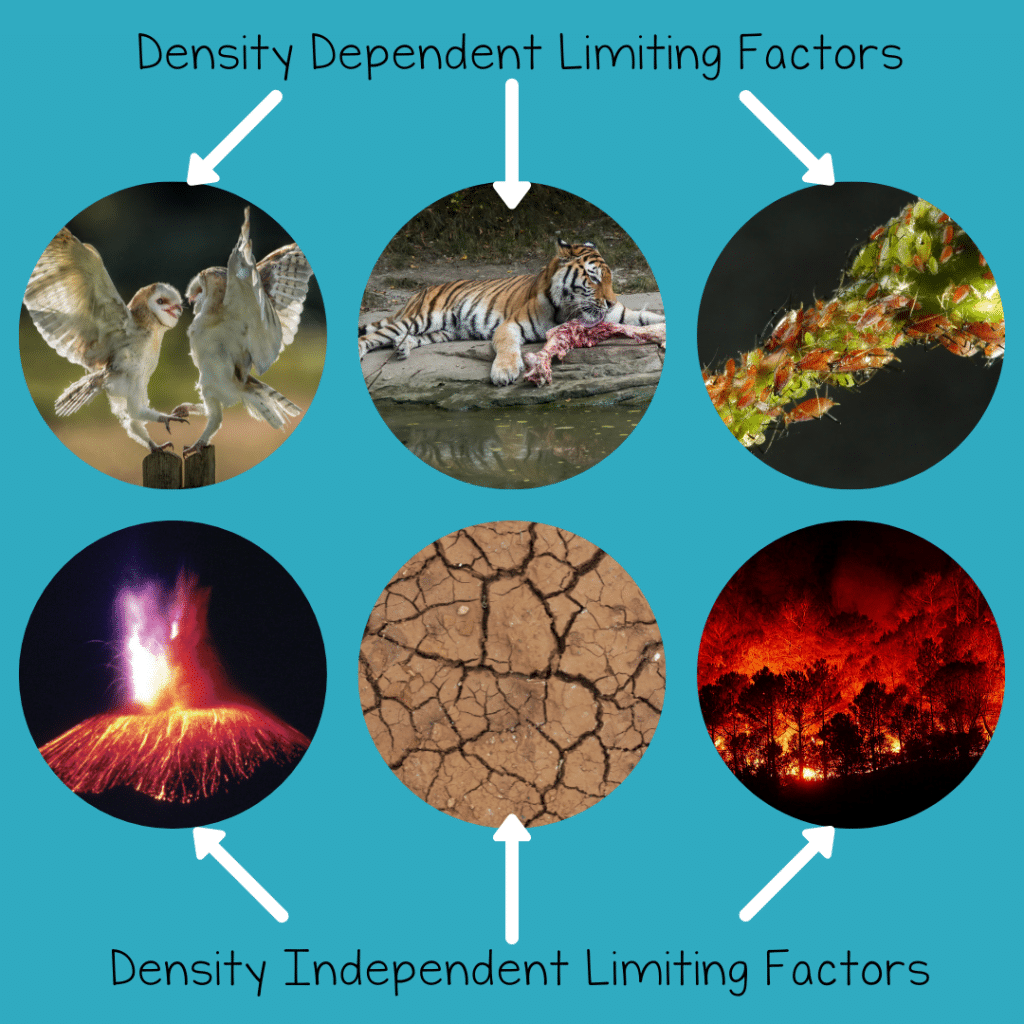