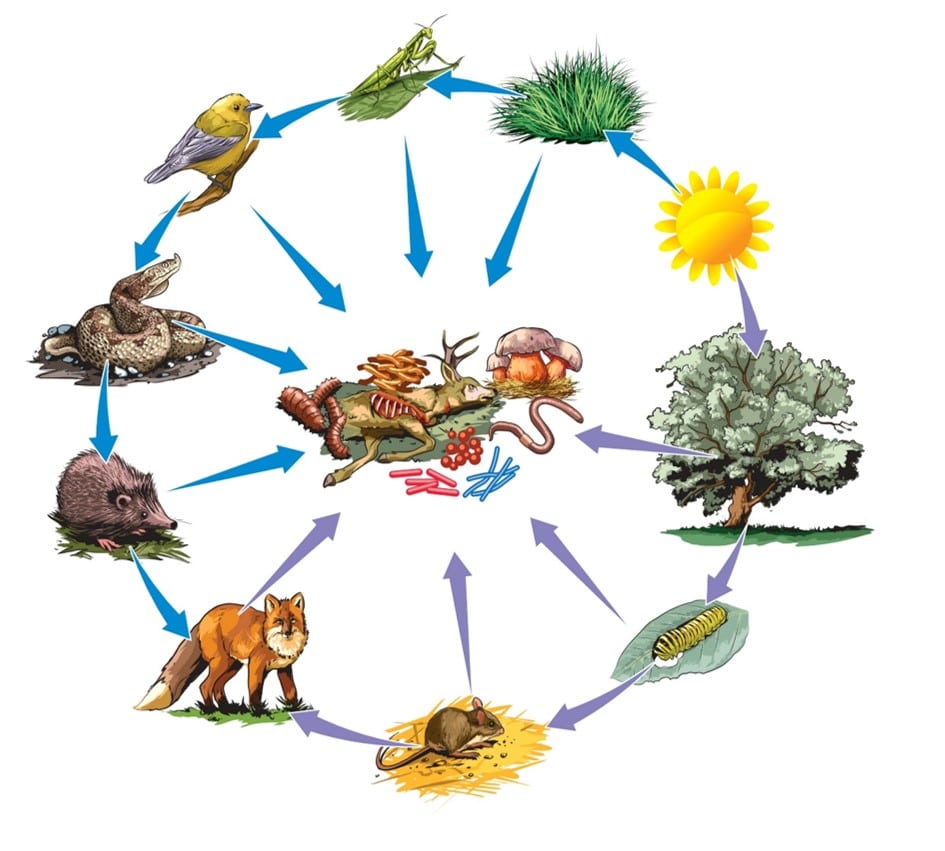 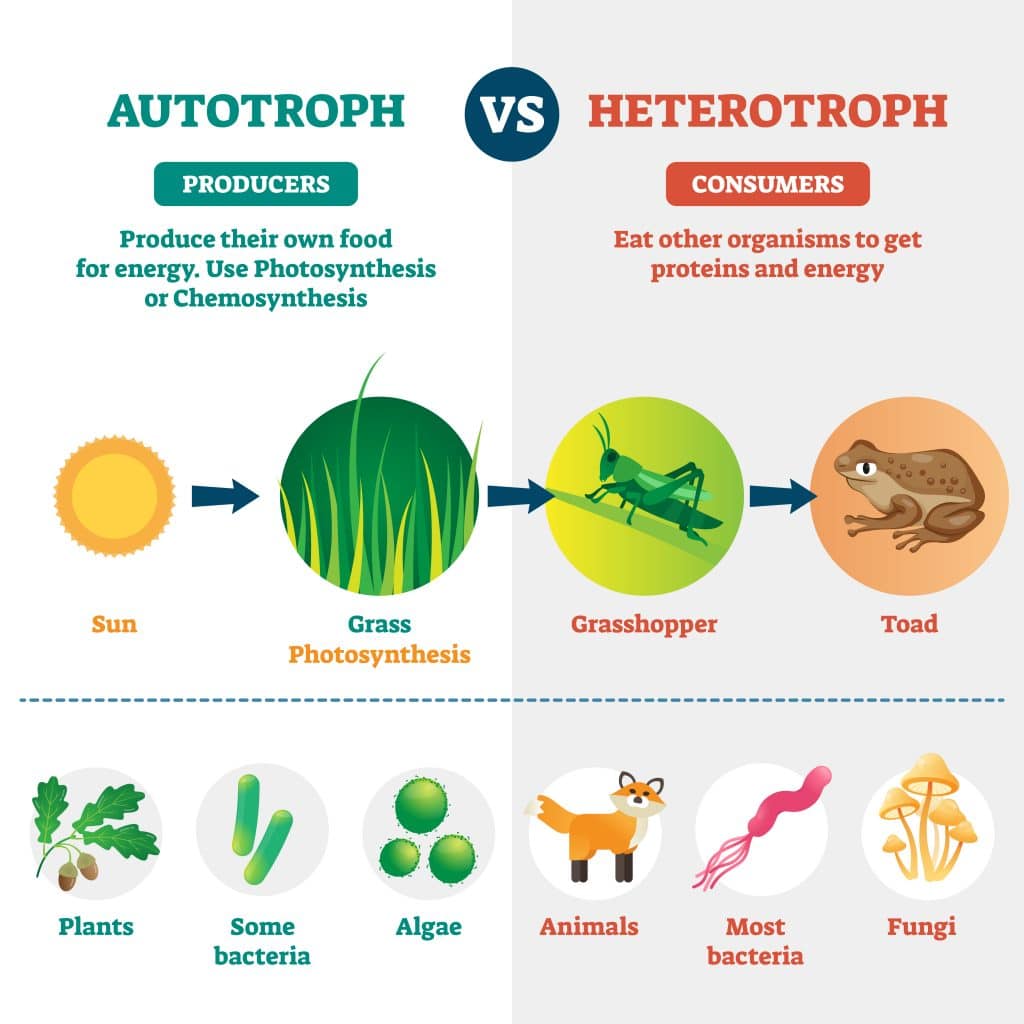 Organisms need energy to grow and reproduce.  However, no organism can create its own energy, so they need to find it from other sources.  Sunlight is the main energy source for life on Earth.  Autotrophs use that sunlight, or energy stored in chemical compounds, to make food.  Because they make their own food, they are called primary producers.  Plants, algae, and cyanobacteria all use energy from the sunlight that is captured during photosynthesis to make their own food.  Photosynthesis is the process in which light energy is captured and used to power chemical reactions that convert carbon dioxide and water into oxygen and sugars. Plants provide the energy that is later used by other organisms.

Not too long ago, ecosystems were also discovered in complete darkness, a place where photosynthesis could not take place.  These types of organisms, like the bacteria found in volcano vents and hot marshes, use chemosynthesis. They capture chemical energy and use it to make carbohydrates.

Humans, animals, fungi, and even bacteria are all heterotrophs, which are organisms that rely on other organisms for their energy and food supply.  They are called consumers, and they vary in the way they eat.  Carnivores, like dogs, cats, snakes, and sharks, are animals that kill and eat other animals.  They only eat meat and tend to have long canines.  These teeth enable them to catch and kill their prey.  Herbivores, like cows and deer, are plant-eaters.  They have incisors adapted to ripping off seeds, fruits, grasses, and shrubs.  Omnivores, like humans and bears, eat both meat and plants and have a variety of teeth. They need canines for tearing, as well as molars for grinding.  A detritivore, like worms and mites, eats plant and animal remains.  Decomposers, like bacteria and fungi, break down organic matter in the soil, providing nutrient-rich soil for growth.

When comparing mammals’ feeding habits, the type of food they eat can be determined by the shape and adaptations of their teeth.  Teeth are structures of the skull that function in an organism’s growth and survival.  Most mammals have four main types of teeth: canines, incisors, premolars, and molars.  Canines are used for stabbing and tearing; incisors are used for cutting; premolars crush and shear; and molars grind food.