Energy flows through an ecosystem, which consists of all parts of an environment, in one direction.  It flows from the sun, or chemical compounds, to autotrophs, or producers, and then to the various heterotrophs, or consumers. 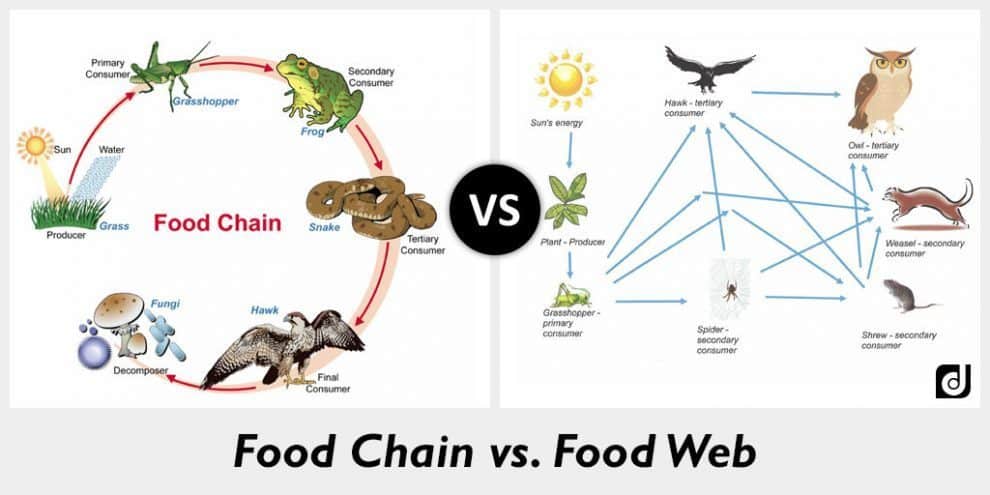 Ecologists look at the feeding relationships of organisms to help them understand how energy passes in an ecosystem.  Food chains show how matter and energy move through ecosystems in a series of steps showing which organisms transfer energy by eating and being eaten. For example, in a food chain of grass, a grasshopper, a gecko, and an owl, the grass is first in the food chain.  It uses the sun to produce food instead of eating another organism, so it is a primary producer.  Next, the grasshopper eats the grass, making it a primary consumer.  Then, the gecko eats the grasshopper, which makes it a secondary consumer.  The owl is a tertiary consumer or the top predator.  Whether an animal at the top of a food chain is killed by another animal or dies on its own, the cycle inevitably begins again. 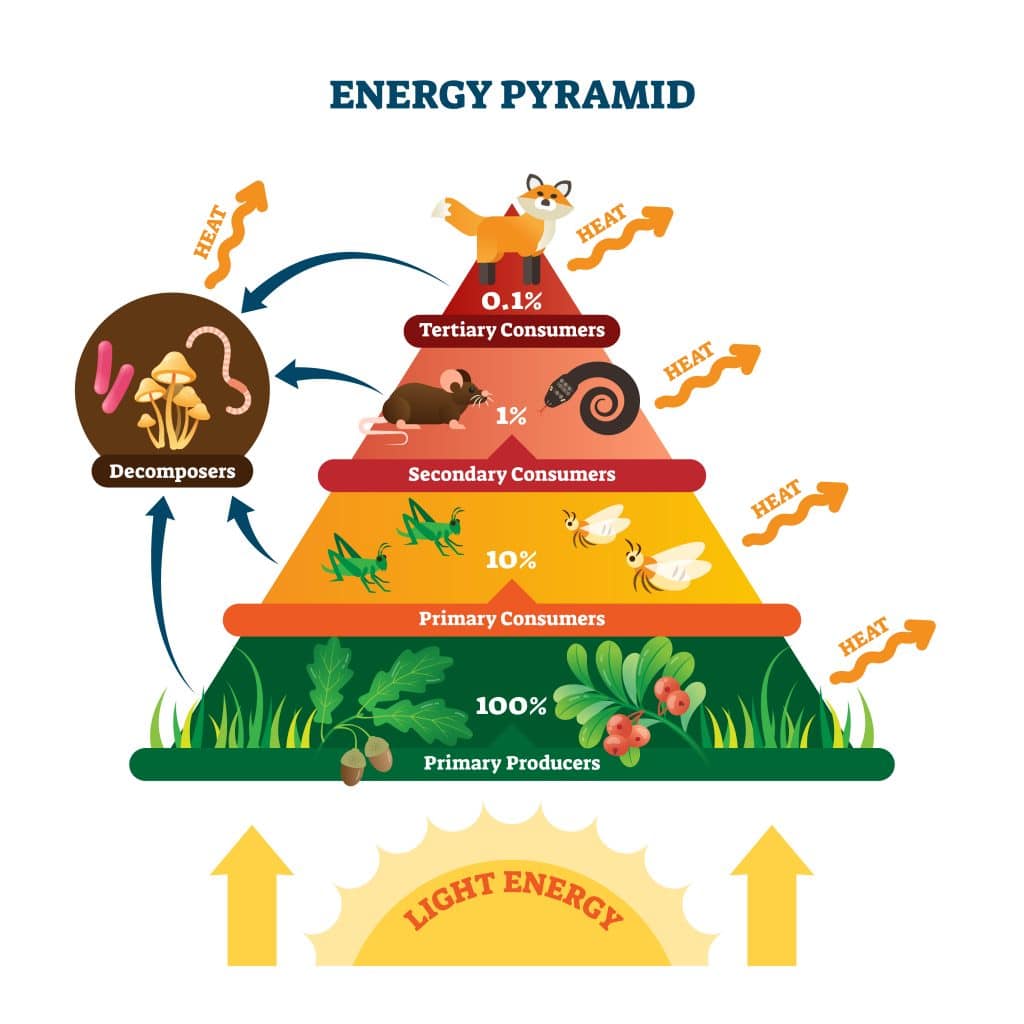