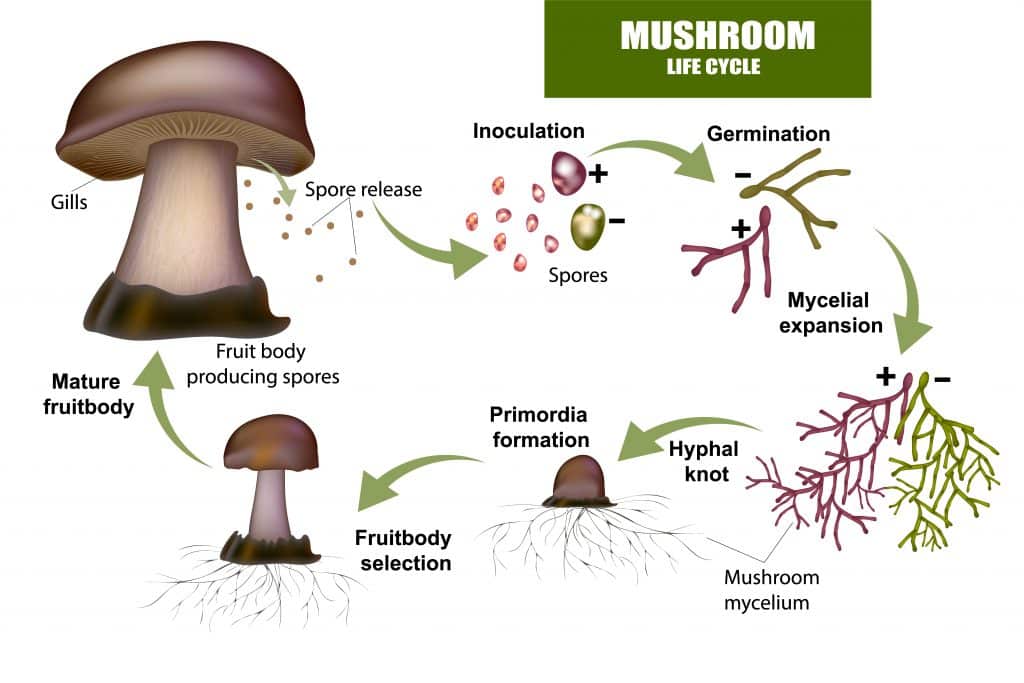 Fungi are heterotrophic organisms that get their food from many different sources.  Some fungi are decomposers and play an important role in the ecosystem by breaking down decaying matter and recycling nutrients back into the soil.  Other fungi are symbiotic and have formed a mutualistic relationship with their plant hosts.  Fungi help plants hold water or get minerals from the soil, and in return, they get sugar produced by the host plant cells.  Finally, many fungi are parasites that cause serious diseases in plants, and some even cause diseases in humans.

Most fungi are eukaryotes that have cell walls made of chitin, similar to that found in the exoskeleton of an insect.  Chitin forms a rigid cell wall that helps the fungi retain their shape.  Fungi, except for the simplest yeasts, have cells arranged in structures called hyphae.  The hyphae is made up of tiny threads of cytoplasm that are surrounded by a plasma membrane and covered by a cell wall made of chitin.  As they grow, the hyphae of a fungus branch forms a mass called a mycelium, which is the body of the fungus.  Fungi absorb food through hyphae that grow into a food source.

Fungi usually reproduce by making spores.  The lightweight spores are surrounded by a protective covering and can easily be carried through air or water to new sites.  Spores in reproductive structures are called fruiting bodies, which fungus can make asexually or sexually.