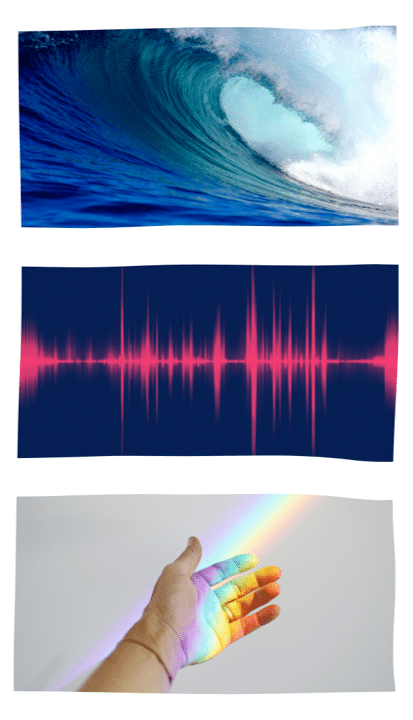 While some types of waves may be more familiar than others, we are surrounded by a world of waves: water waves, sound waves, light waves, and electromagnetic waves.  Waves are a repeating movement of disturbance that transfers energy through matter and space. All waves carry energy without transporting matter from place to place.  Molecules pass energy along to neighbor molecules, which then pass energy to their neighbor.  All waves are produced by vibrations.  Waves will travel as long as there is energy to carry them.  A medium is a matter through which a wave travels.  A medium can be either a solid, a liquid, a gas, or a combination of these.  A wave in an ocean travels through water, and a sound wave travels through air.  However, not all waves need a medium to travel.  Light and radio waves can travel through space. 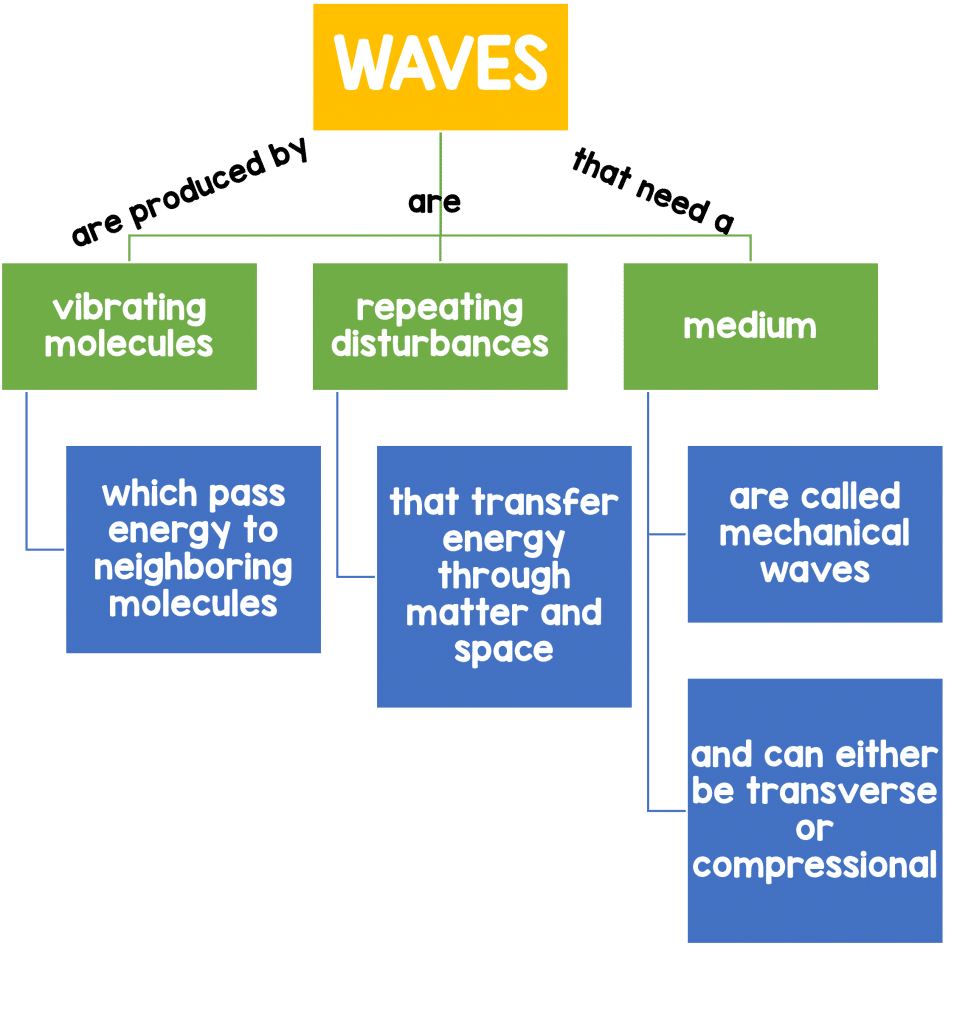 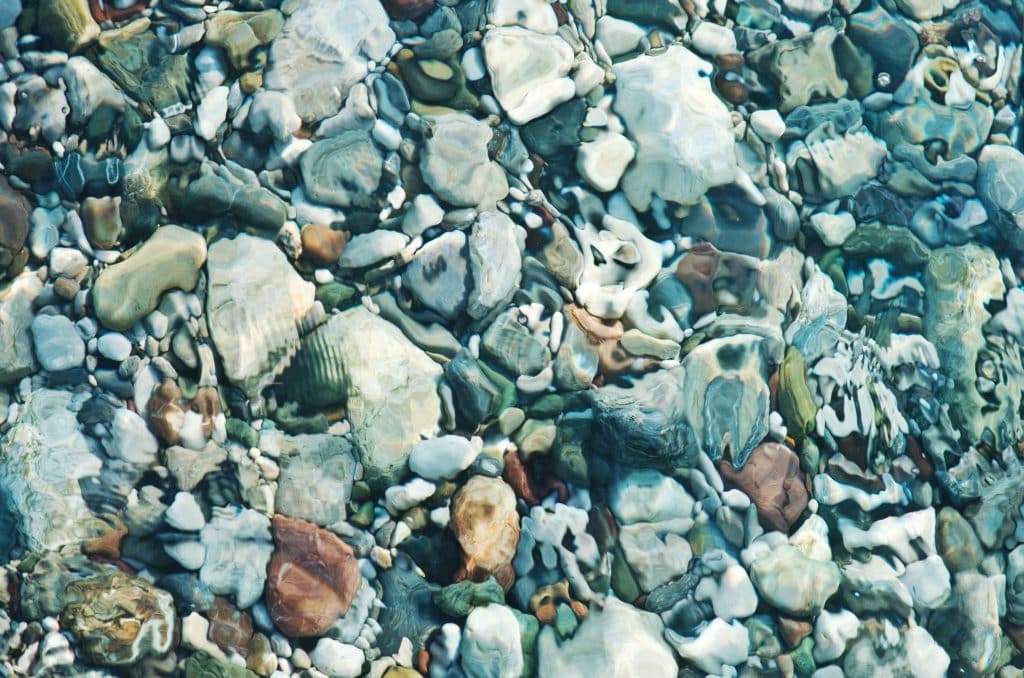 When a falling rock hits the water, it transfers some of its kinetic energy to nearby water molecules.  Those molecules then pass their energy along to neighboring molecules, which then pass it on to their neighboring molecules.  What the traveling energy creates is a wave on the surface of the water.  A wave will only exist as long as there is enough energy.  Eventually, the ripple will stop because there is no more energy.  If there was a rubber duck in the water, it would not move from its location since the energy of the rock did not transfer to it.  Waves only carry energy; they do not carry matter.  They don’t even carry water, which is often a misconception. 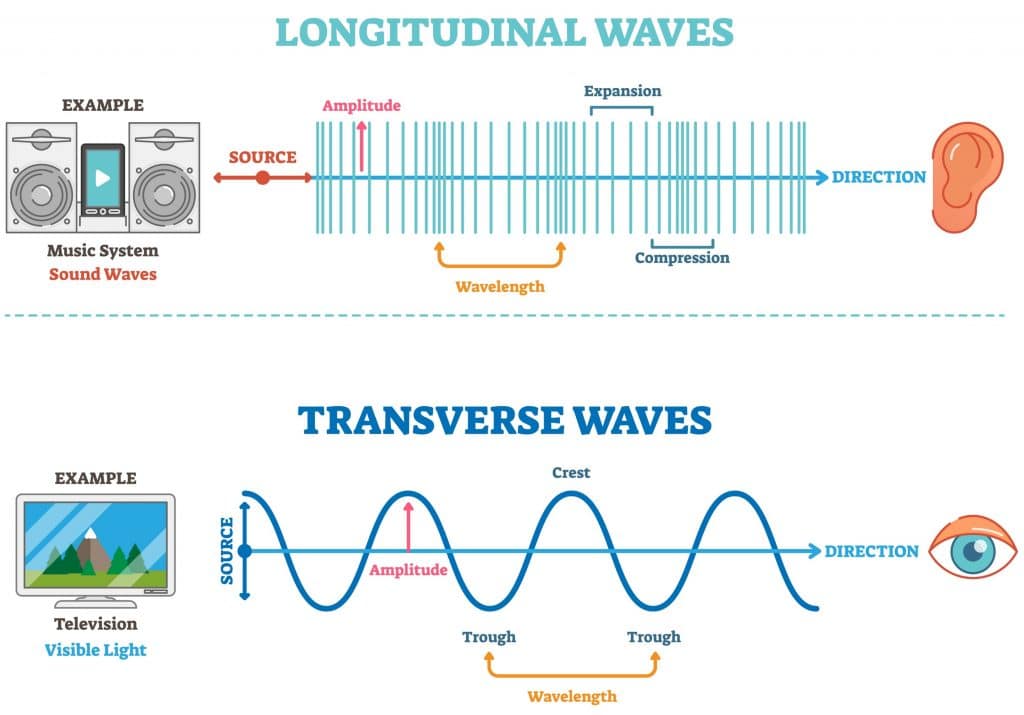