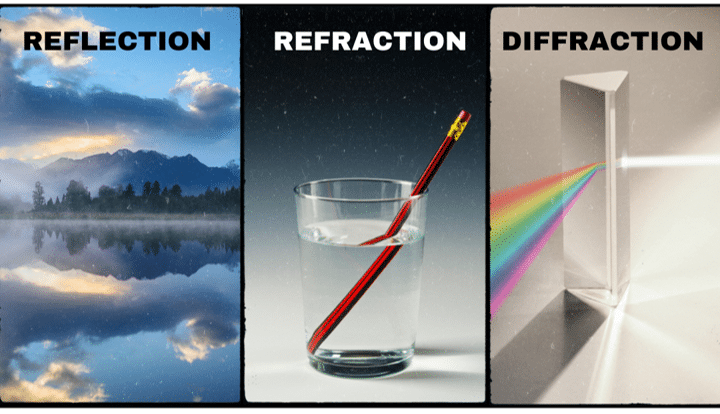 Reflection, refraction, and diffraction are all properties of waves.  Reflection occurs when a wave strikes an object and bounces off of it.  All types of waves can be reflected, including sound waves, water waves, and light waves.  The Law of Reflection states that the angle of incidence (i) of a wave is always equal to the angle of reflection (r).