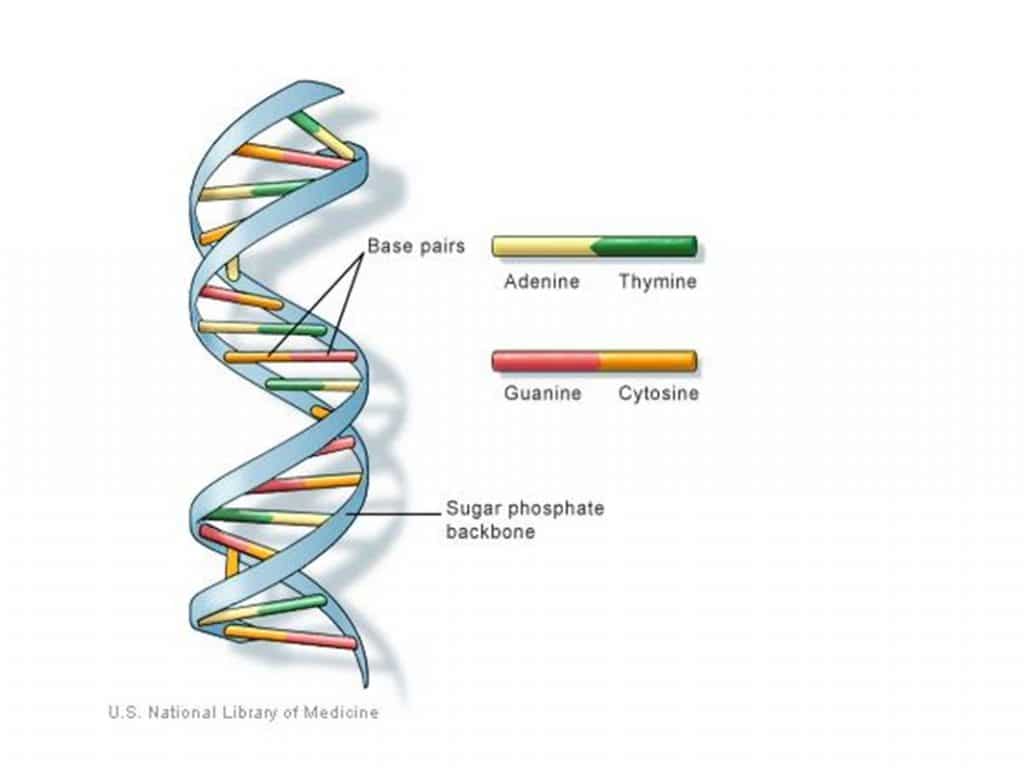 All living things have cells, but what makes them different is their DNA.  DNA (deoxyribonucleic acid) is genetic material that carries information about an organism from one generation to the next.  It copies, stores, and transmits genetic information. DNA is found in the chromatin in the nucleus, which is the control center of a cell.  It houses genetic instructions for a cell’s activity, growth, and reproduction.  A DNA molecule looks like a twisted ladder made up of units called nucleotides.  Nucleotides are made up of three parts: a 5-carbon sugar called deoxyribose, a phosphate group that makes up the “sides” of the ladder, and a nitrogen base that makes up the “rungs” of the ladder.    DNA has four kinds of nitrogen bases: adenine, thymine, guanine, and cytosine.  Adenine only pairs with thymine, while guanine only pairs with cytosine.  All of the combinations of these nitrogen base pairs make up the genetic code of your cells. 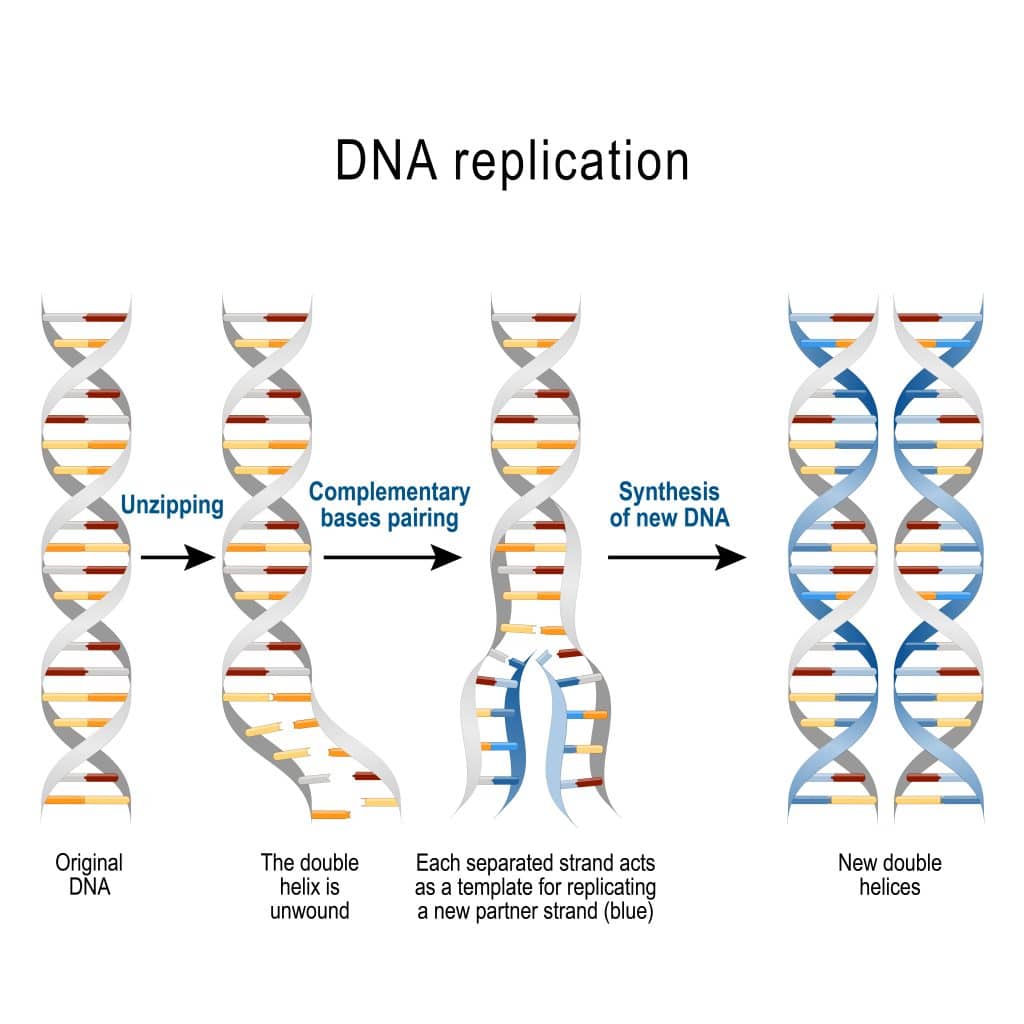 DNA must replicate so that each resulting cell has the same DNA as the parent. During DNA replication, a DNA molecule “unzips” between its paired bases.  New bases pair up with bases on old strands, forming two identical DNA strands.  This ability is essential to cell division and reproduction.