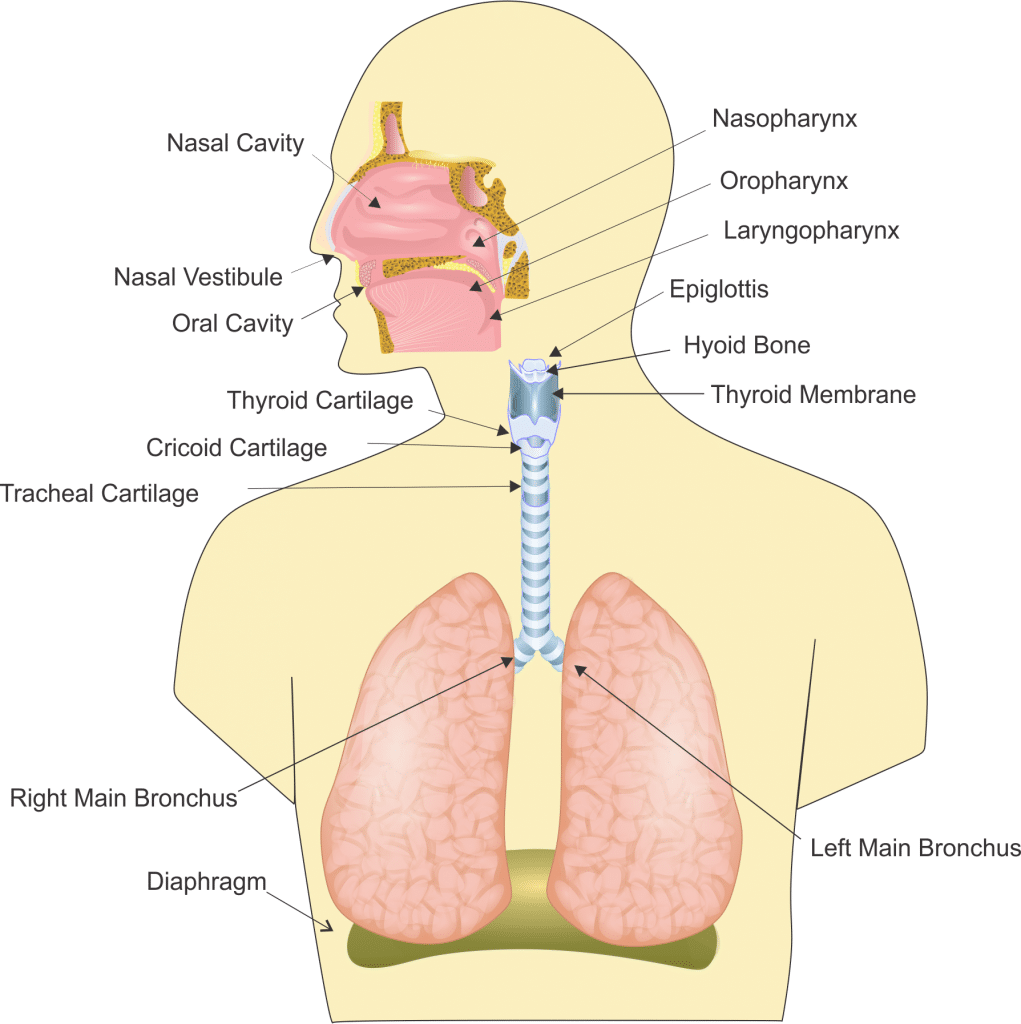 The respiratory system is made up of tissues and organs that supply oxygen to the body, helping you breathe.  It removes carbon dioxide and water, which helps maintain the balance our bodies need.  It consists of the nose, pharynx, trachea, bronchi, and lungs.

Breathing is the movement of the chest that brings air into the body.  Taking in air is called inhalation, and pushing it out is called exhalation.  Respiration is the chemical reaction used by cells to release energy from glucose.  It’s the process of getting oxygen into the body and releasing carbon dioxide.  The diaphragm is a very important muscle that is located across the bottom of the rib cage.  It contracts and relaxes to let air in and out of the lungs.

Air enters the body through the nose and into the nasal cavity, which is lined with cells called cilia.  Cilia are tiny hair-like projections that move together in a sweeping motion and remove particles trapped in the nose to keep it clean.  Air then moves to the pharynx, located behind the nasal cavity.  Otherwise known as the throat, the pharynx is a tubelike passageway that is used for food and liquid.  The “voice box,” or larynx, is also found here.  Your voice comes from the larynx when air from the lungs passes across tissue and produces sound.  Then it moves through the trachea, which is a tube that is held open by rings of cartilage called the windpipe.  It’s lined with cilia and mucus and leads to the lungs.  The epiglottis is a small flap of tissue that folds over the trachea, preventing food or liquid from entering your lungs or windpipe.  From the trachea, air moves into the bronchi.  The bronchi are passageways that direct air into the lungs, which are the main organs of the respiratory system.  Bronchioles are the smallest tubes of bronchi, which end in clusters called alveoli.  Alveoli are tiny sacs of living tissue specialized for the movement of gases between air and blood. 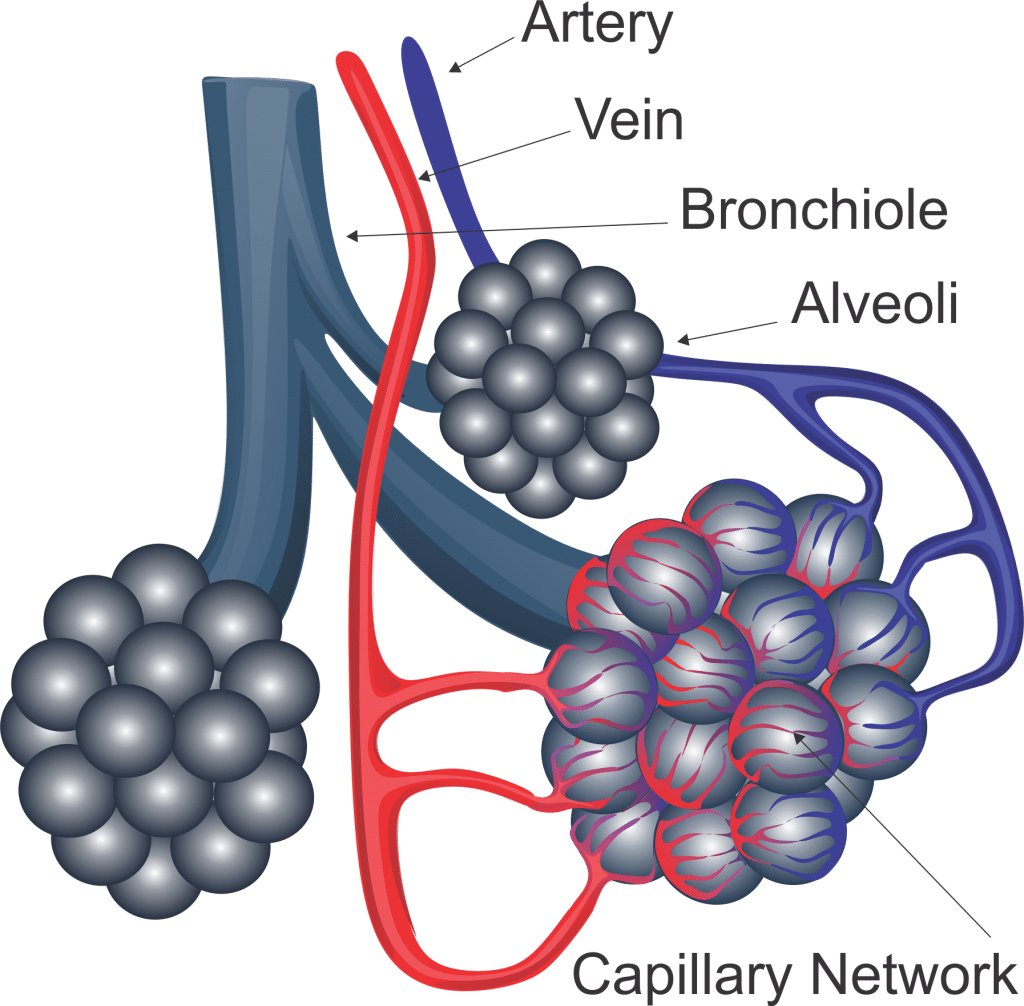 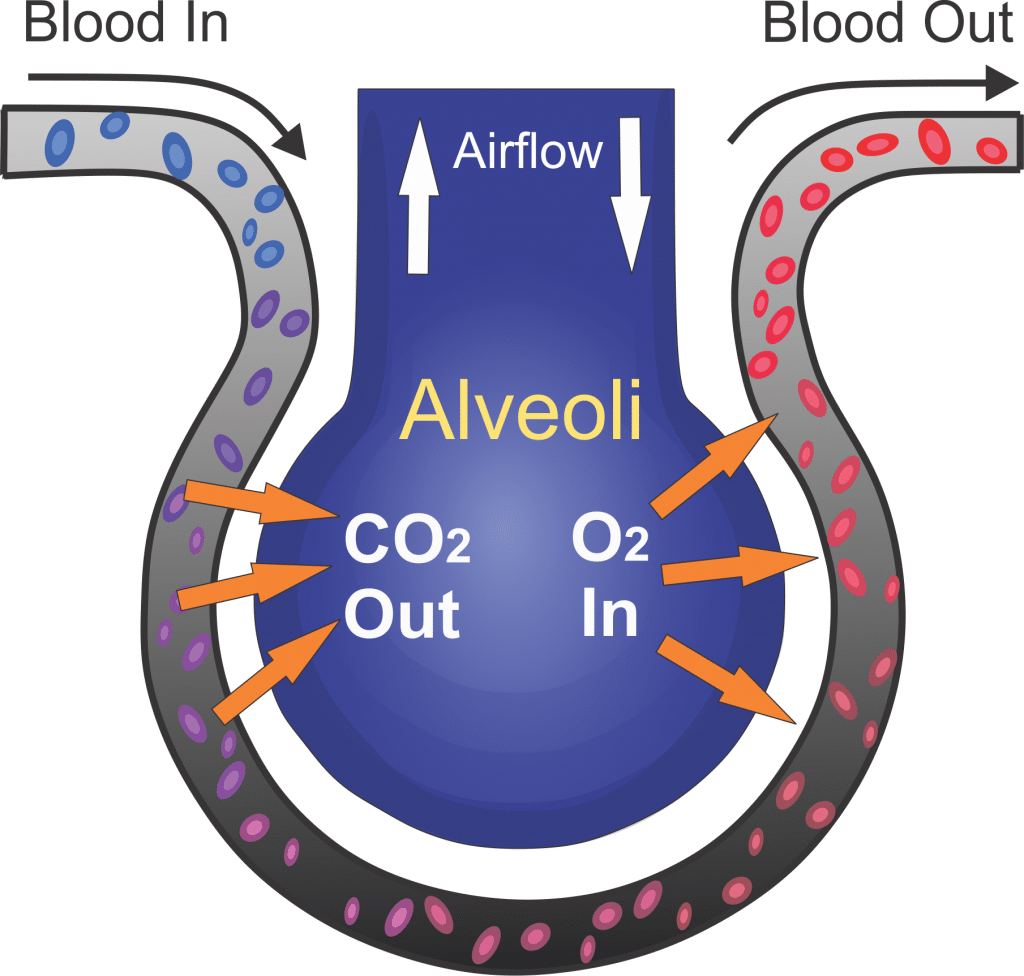