Using Debates In The Science Classroom 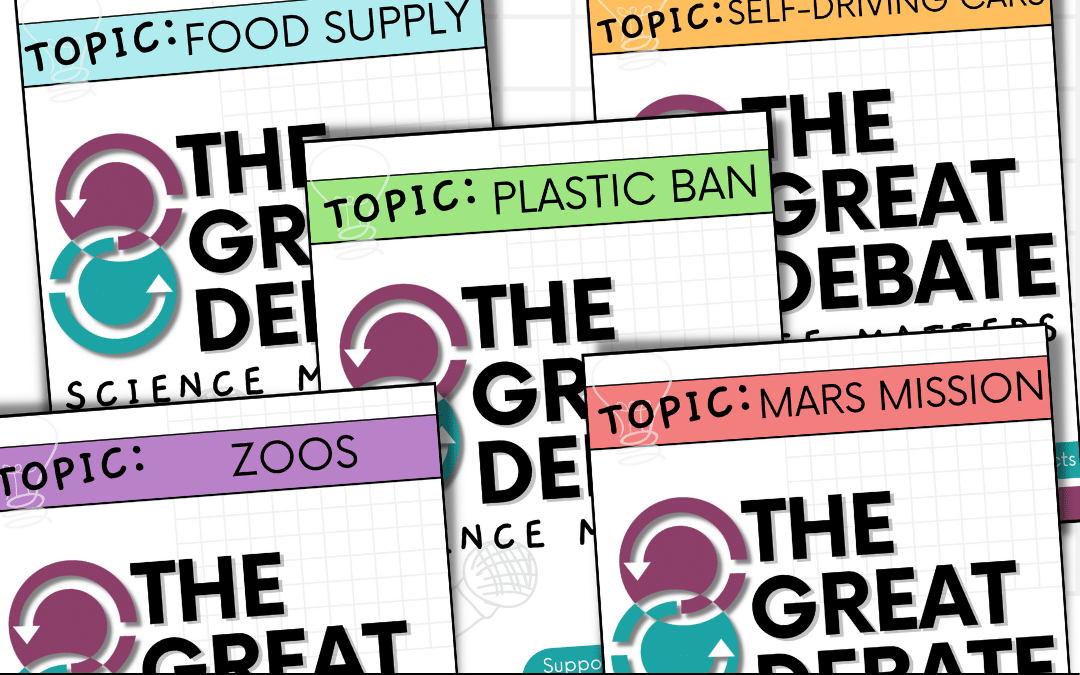 “The important thing is to not stop questioning. Curiosity has its own reason for existing.” – Albert Einstein

In today’s world, kids are inundated with technology and losing the art of conversation, and even the ability to make eye contact with those around them.  That’s why debate and public speaking are essential for not only the academic world but life in general as well.

What is a debate?

A debate is a discussion surrounding an issue that has two sides: one supporting it and one opposing it.  There is also typically a judge who determines the quality of evidence and performance of each side.

What is the purpose of a debate?

The purpose of a debate is to succinctly express a point of view on a particular issue using persuasive arguments.

Why are debates useful for students?

How does a debate work?

Science Debates are a perfect learning tool for building science literacy skills by encouraging students to develop research skills, evaluate both sides of an issue, collaborate with peers, become critical thinkers, form opinions, and communicate with others who may have a different point of view.  In order to build science literacy, educators need to give students the necessary tools to become informed and avoid being misinformed on science issues. This includes teaching students how the scientific community produces information, how media and social media share the information, and how individuals encounter and form opinions on this information.

Nitty Gritty Science has created a debate series to support literacy by helping students absorb and understand science concepts by engaging them in meaningful, relevant discussions.  Students are more engaged when the topics they’re researching are relateable. Students are asked to consider questions surrounding controversial topics including – Are zoos beneficial for animals? Should self-driving cars be allowed on the road? Should plastic bags and packaging be banned? Should alternative methods of food supply be supported?  Should we send a human mission to Mars just because we can? 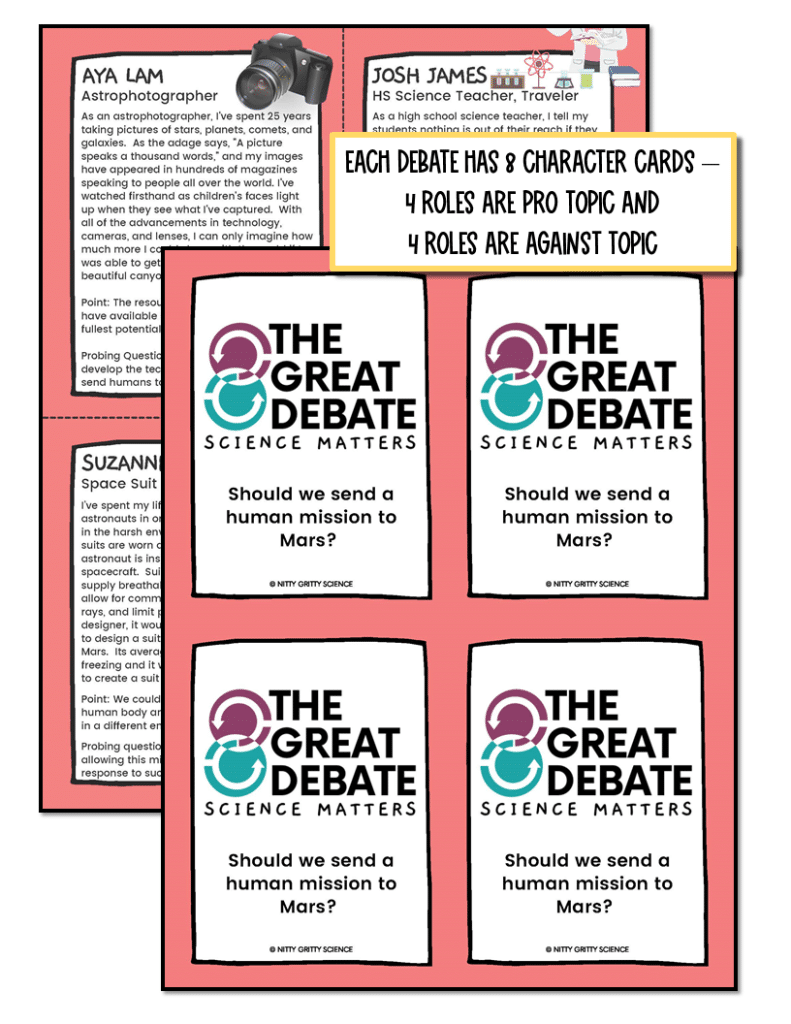 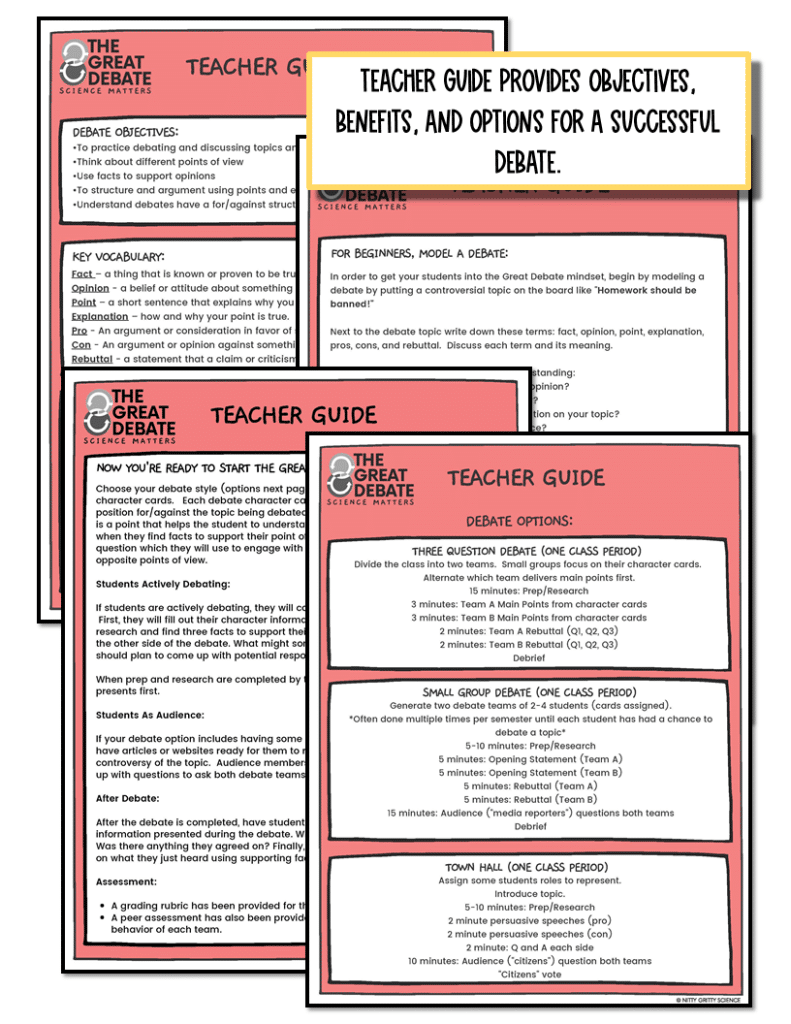 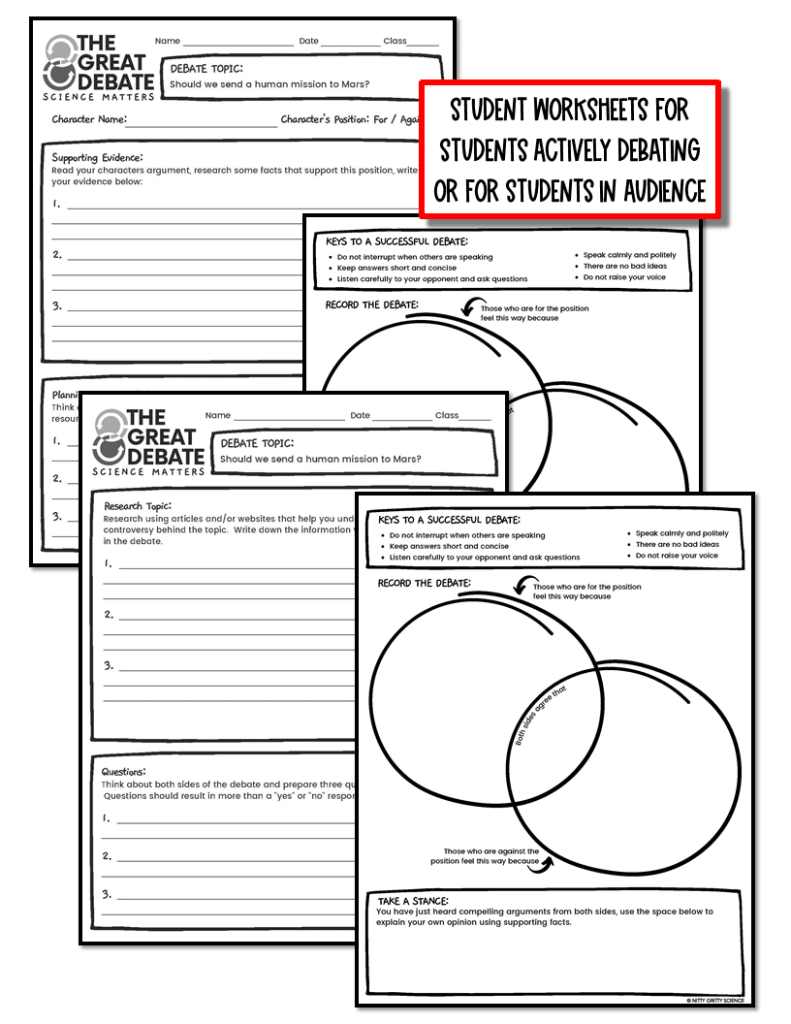 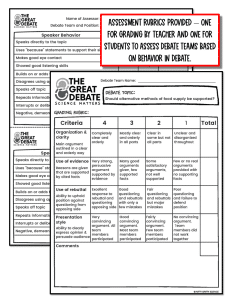 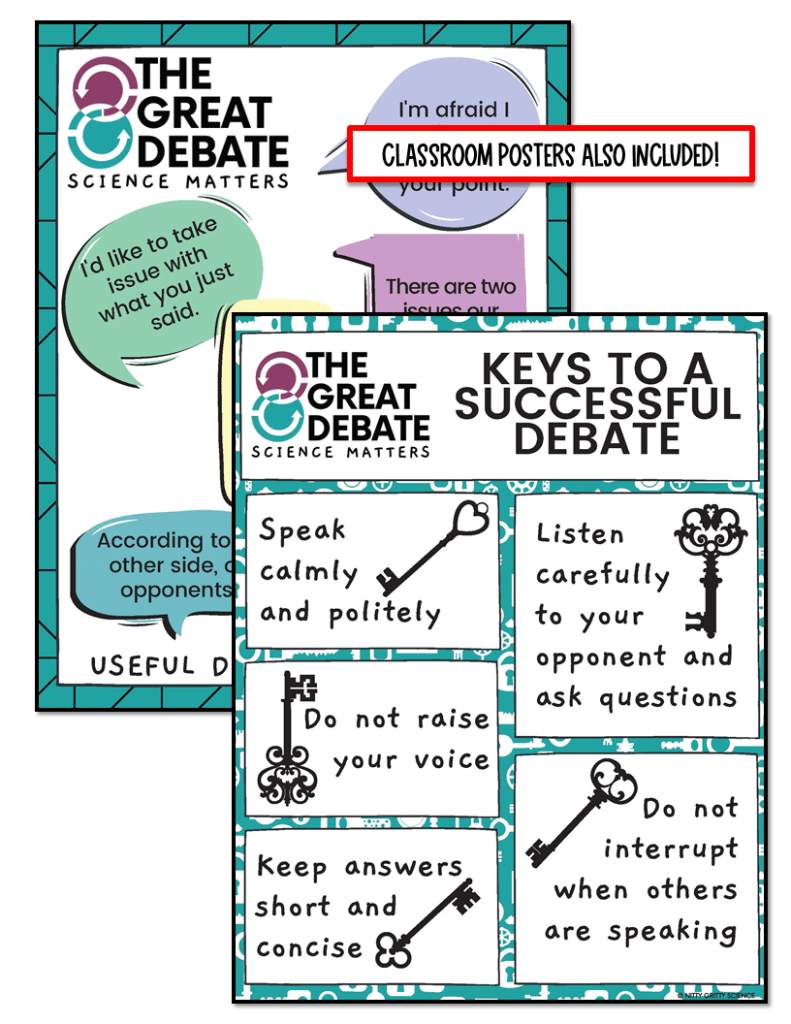 Check out the Great Debates Series by clicking the links below.

The Great Debate: Mission to Mars

The Great Debate: Self Driving Cards