The endocrine system produces chemical messengers called hormones.  These hormones control many of the body’s daily activities and regulate long term changes in the body such as growth and development.  Hormones are chemical products that are produced and released directly into the bloodstream.  They can only interact with target cells, or those that recognize the hormone’s chemical structure.  Endocrine glands include the hypothalamus, pituitary, thyroid, parathyroid, adrenal, thymus, and pancreas.  It also includes the ovaries in females and the testes in males.

Of all the organs in the body system, the male and female reproductive systems differ the most.  The reproductive process is vital for the continuation of life.  The male reproductive system has two main functions: to produce sperm and release testosterone into the body.  The two main organs are the testes and the penis.  The testes, found in the scrotum, produce sperm cells. Semen is a mixture of sperm and fluids that leave the body through the penis.  Testosterone is the main sex hormone found in males and is necessary for a male’s reproductive organs to develop. 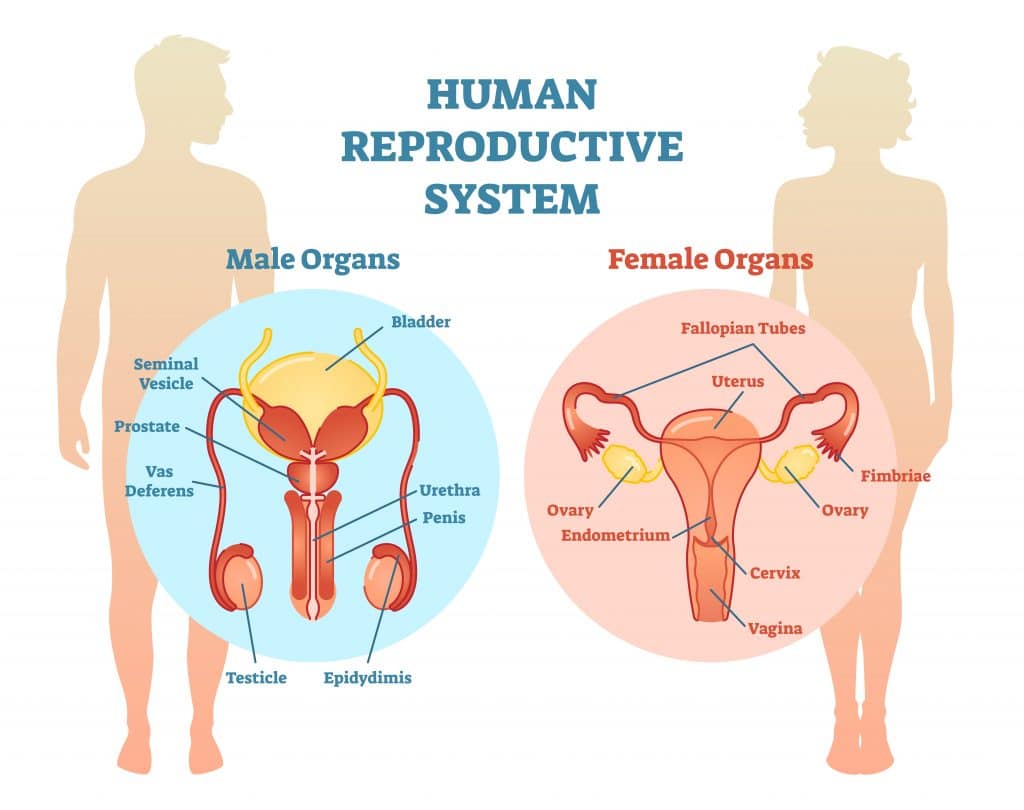 The two main functions of the female reproductive system are to produce and release eggs and release the hormone called estrogen.  The female reproductive glands called ovaries are found in the abdomen and are the structure of the body that produces eggs.  Each ovary is located near a fallopian tube, also called the oviduct, that carries eggs down to the uterus, a muscular organ that protects and nourishes a developing fetus.  An unfertilized egg leaves the uterus through the cervix and into the vagina.  Ovulation occurs when a mature egg is released from the ovary and into the fallopian tube.  The ultimate result of the reproductive process is the formation and union of an egg and sperm, the development of a fetus, and the birth of an infant.

Often the sign of female maturity is the beginning of menstruation.  Menstruation bleeding is the breakdown and shedding of unfertilized eggs and uterus lining.  The menstrual cycle is a monthly cycle of changes that occur only in the female reproductive system.