Rocks have been around since the beginning of Earth’s history, and they take millions of years to form.  Geologists can classify a rock according to how the rock formed using clues from the rock’s color and texture.  Twenty minerals make up most of the rocks of the Earth’s crust, and these are called rock-forming minerals.  Color also provides clues to a rock’s mineral composition.  Granite is a light-colored rock that has high silica content, while basalt is a dark-colored rock that is low in silica.  Texture is the look and feel of the rock’s surface, which is made up of particles of minerals or other fine rocks called grains. 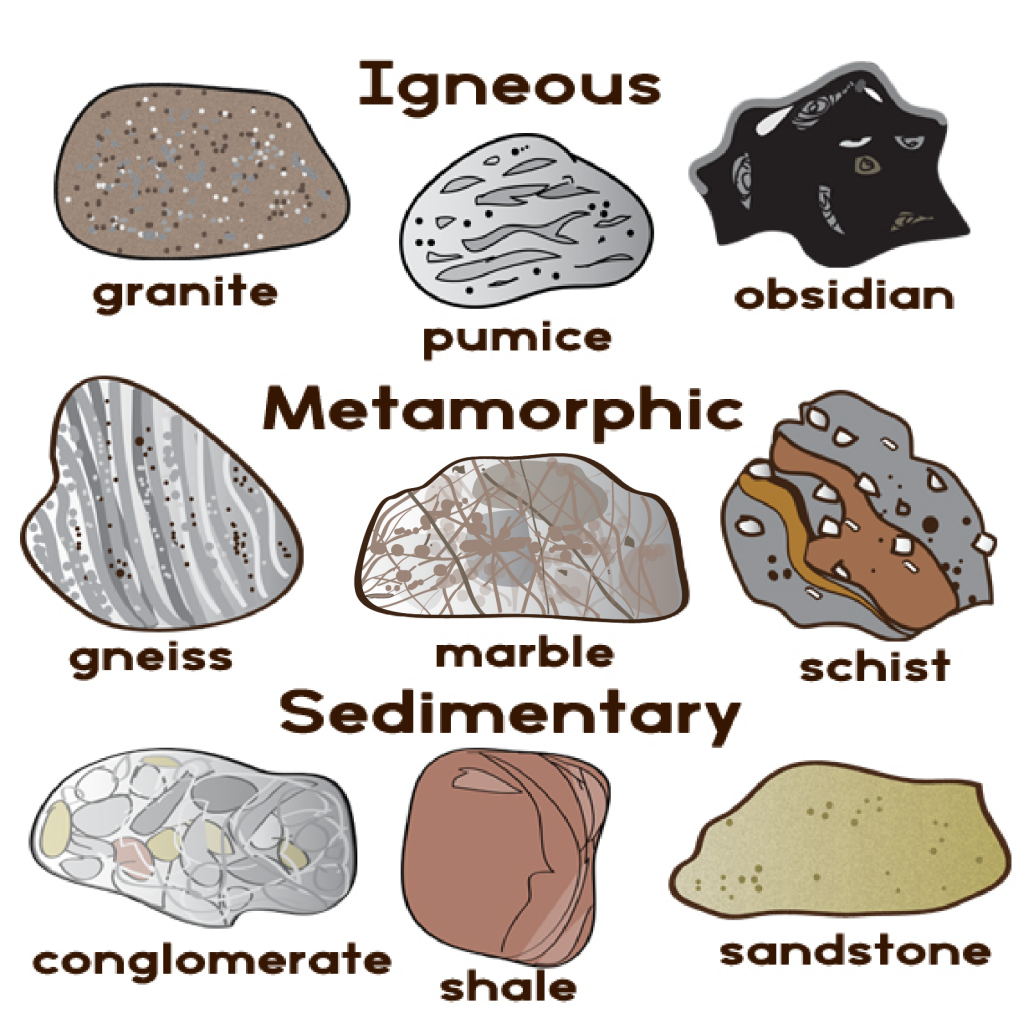 Rocks are classified into three major groups: igneous rocks, sedimentary rocks, and metamorphic rocks.  Igneous rocks are created when magma or lava cools and crystallizes.  Sedimentary rocks form when rocks are broken down into smaller pieces or dissolve in water as rocks erode.  They also can form from the remains of plants and animals that are pressed and cemented together.  Metamorphic rocks form when existing rock is changed by heat, pressure, or chemical reactions. 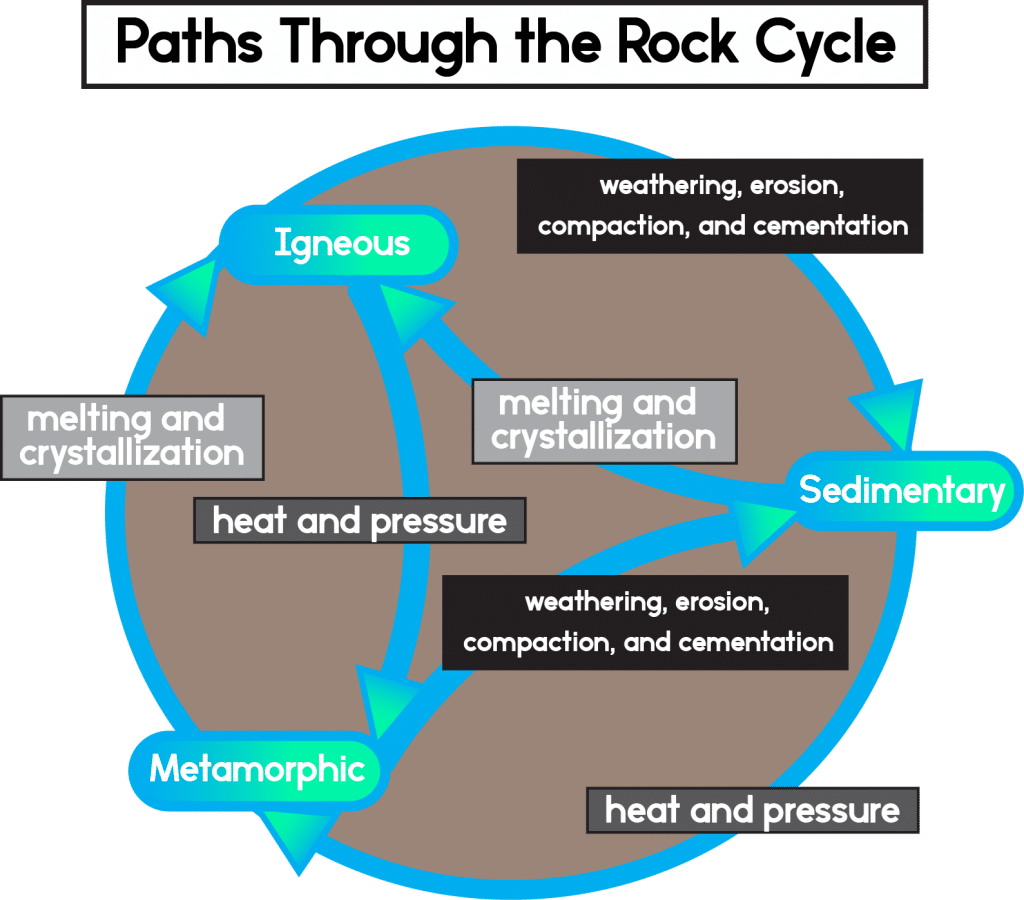 The rock cycle is a series of natural processes that change one type of rock into another type of rock.  Forces deep inside the Earth and at the surface produce a slow cycle that builds, destroys, and changes the rocks in the crust.  Forces at Earth’s surface and deep within Earth drive this cycle, which follows many different 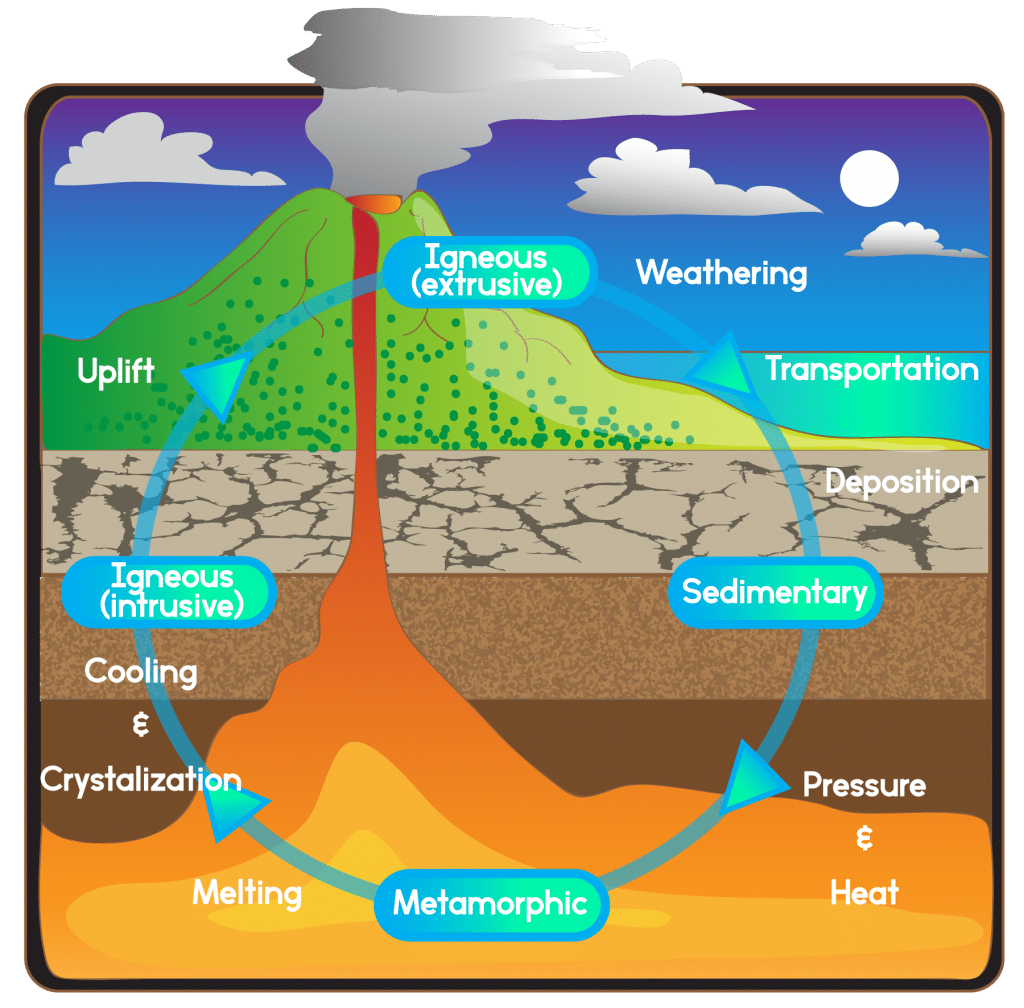 pathways.  Sedimentary rocks form when sediment is deposited and then solidifies as a rock in a process called lithification.  Metamorphic rocks form when a preexisting rock is changed by increased temperature and pressure or by the addition of chemical fluids.  Igneous rocks form when magma cools and solidifies, or when lava and other rock materials are deposited after an eruption.