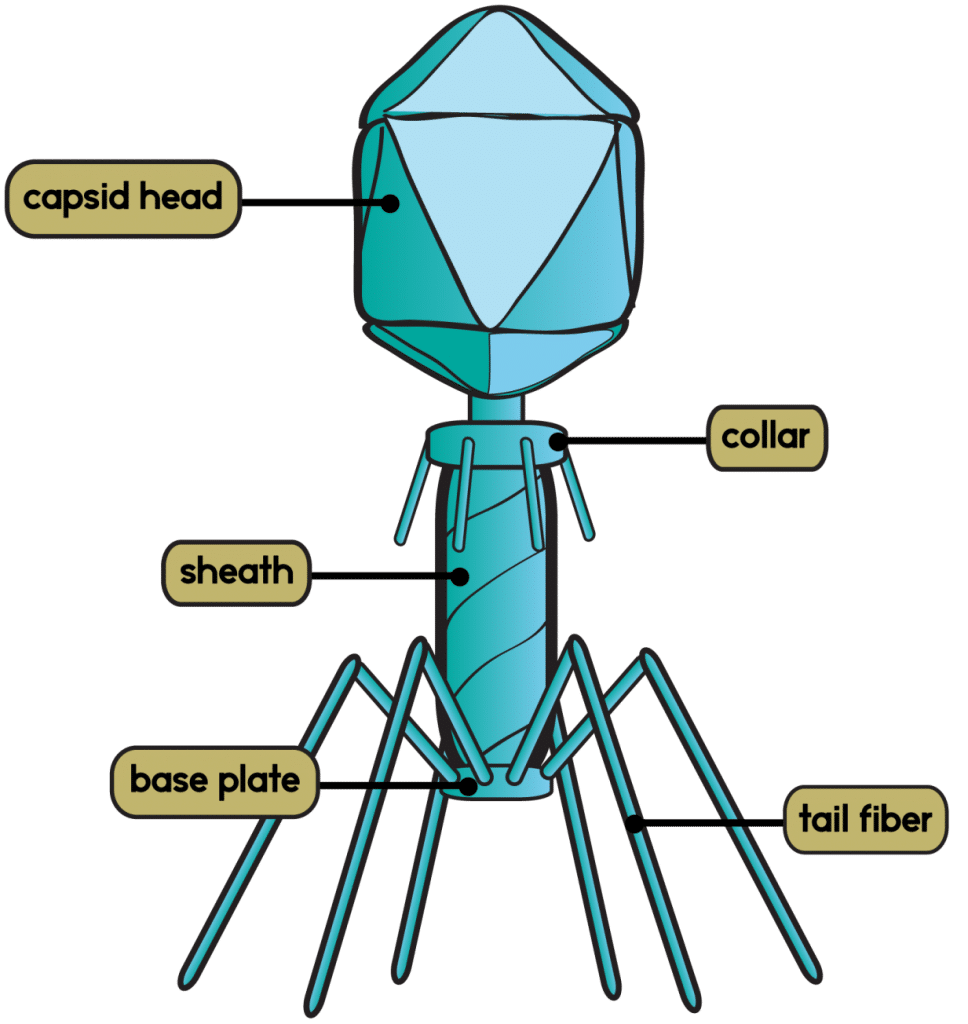 Viruses come in a variety of shapes and sizes but are so small they can only be seen with an electron microscope.  They are found everywhere, and there is no cell type that is immune from their attack.  A typical virus is composed of a core of either DNA or RNA, which is surrounded by a protein coat, or capsid.  Viruses are particles of nucleic acid, protein, and in some cases lipids.  They can only reproduce by infecting other living cells.  When they infect a cell, they cause damage by making copies of themselves, which produces symptoms of a virus.   Viruses are entirely dependent on living organisms for their survival.  Bacteriophages are viruses that infect bacteria. 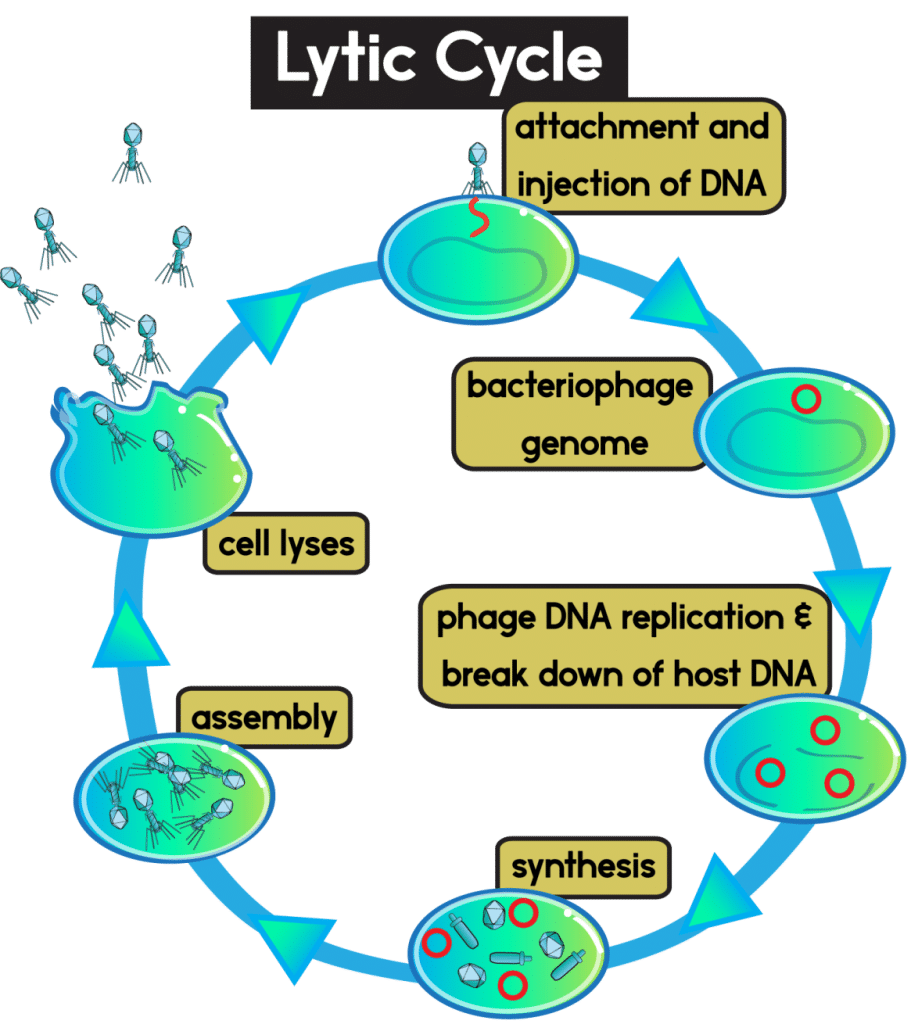 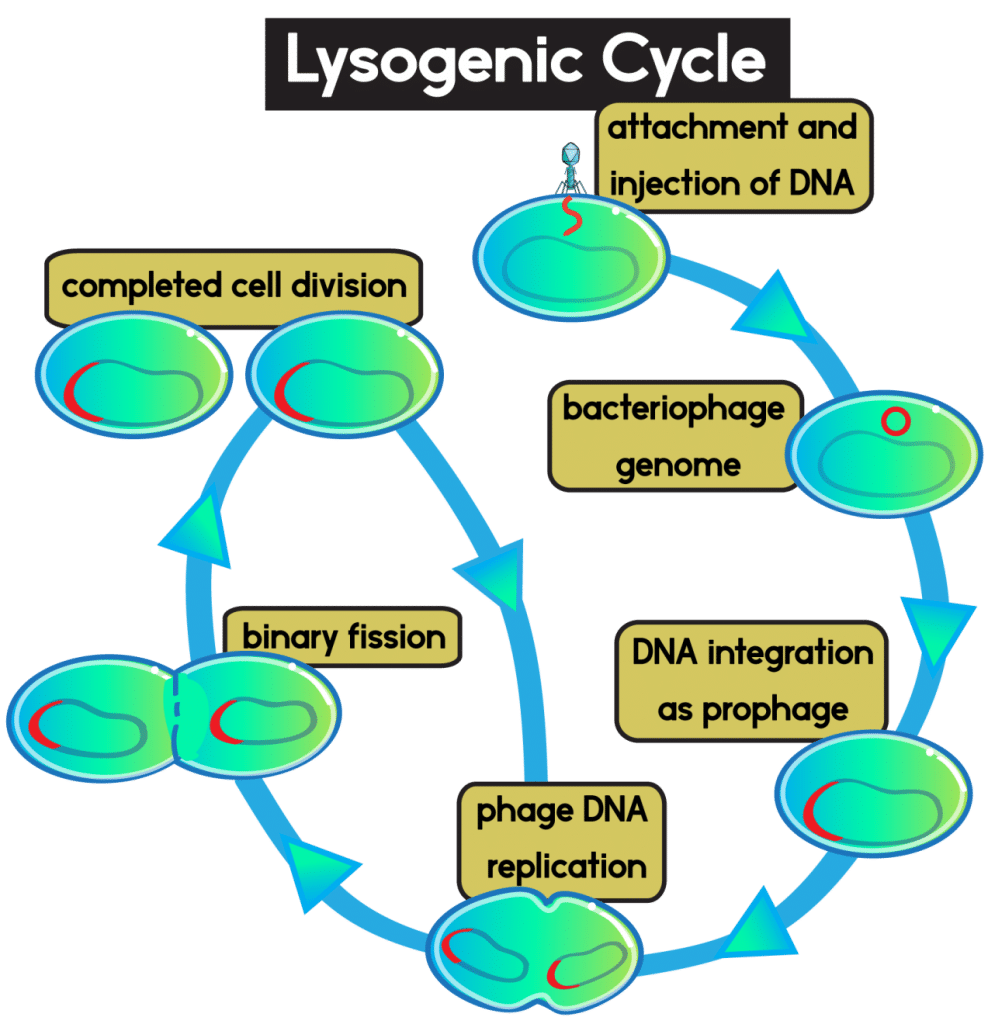 In a lysogenic infection, first the bacteriophage DNA forms a circle.   Bacteriophage DNA (prophage) inserts itself into a bacterial chromosome.  Prophage is viral DNA that is embedded in the host’s cell during lysogenic infection.  Radiation, heat, and chemicals can cause the prophase to become active.  Then, prophage replicates with a bacterium.  In some cases, the cell and prophage are reproduced for many generations. In other words, a virus enters DNA into the DNA of a host cell, and the viral genetic information replicates along with the host’s DNA.

Most viruses contain RNA instead of DNA.  RNA casts a wide net ranging from a common cold, to cancer, and even HIV.  AIDS (acquired immune deficiency syndrome) is caused by an RNA virus called HIV (Human Pamplona Virus).  This group of viruses is called retroviruses, which is a virus that contains RNA that produces a DNA copy of their RNA upon infecting a cell.

Despite the fact that viruses are not living, they do have many characteristics of living things. 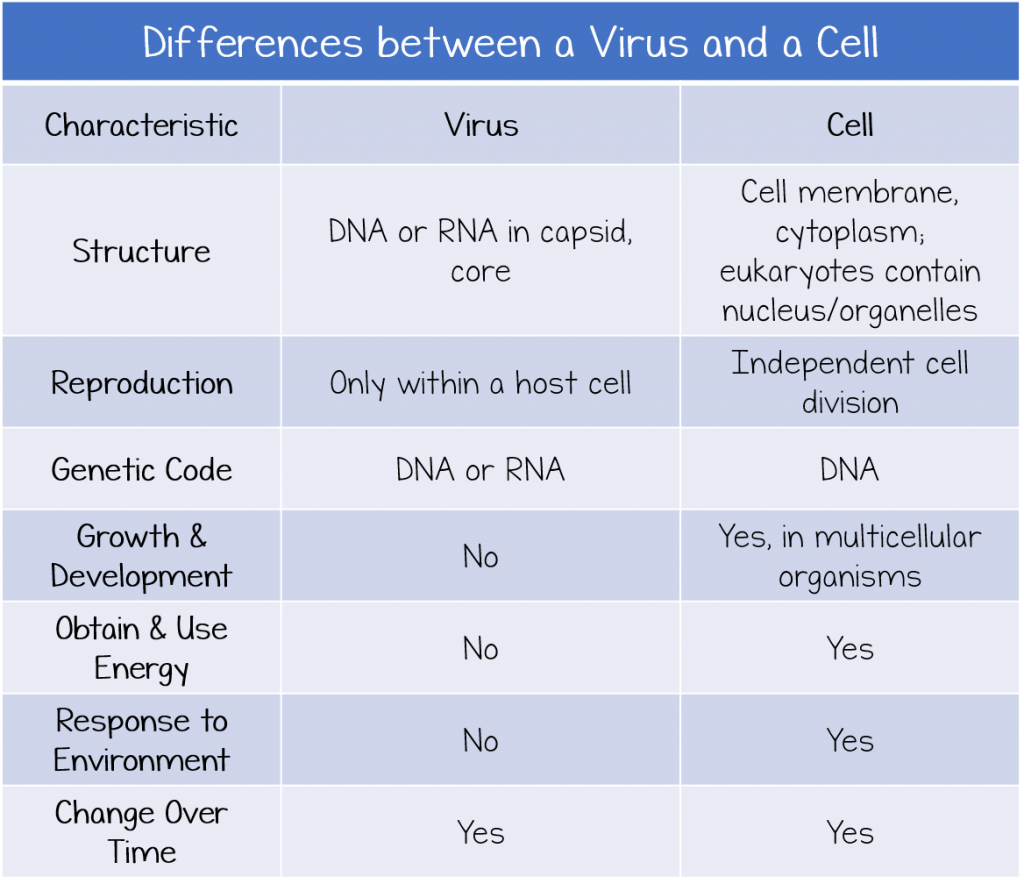